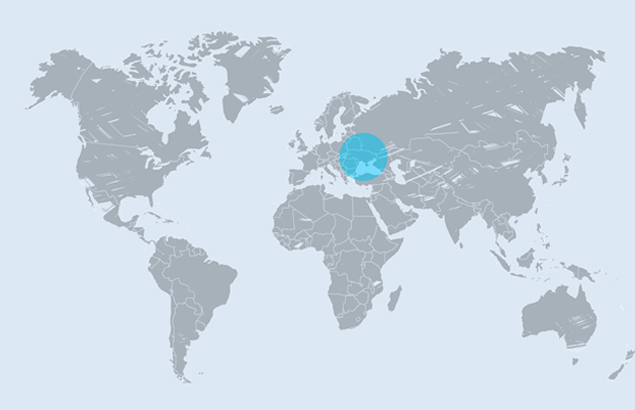 Première Urgence Internationale is a not-for-profit, apolitical and secular international solidarity non-governmental organisation whose aim is to defend fundamental and basic human rights, as defined in the Universal Declaration of Human Rights in 1948. Our aim is to provide a rapid global response to the basic needs of populations and communities affected by humanitarian crises, to help them regain independence and dignity. Our teams are mobilised to meet the fundamental needs of civilian victims who are endangered, marginalised or excluded by the effects of natural disasters, wars, or economic collapse. We work in complementary fields such as health, food security, nutrition, infrastructure renovation and construction, access to water, hygiene and sanitation, economic recovery, education and protection.

Première Urgence Internationale’s strategy is to develop an integrated approach of crisis management based on our technical, medical and non-medical expertise. Première Urgence Internationale’s activities span from emergency to post-crisis/development support and our programs are designed and developed in strong partnership with national/regional authorities, communities and the civil society.

OUR AREAS OF INTERVENTION

As the crisis in Ukraine slides into its seventh year, civilians continue to bear the brunt of a conflict that affects 5.2 million people, 3.5 million of whom require urgent humanitarian assistance and protection services. Fear of shelling, violent clashes or treading on one of the many landmines or unexploded remnants of war (ERW) are daily companions for millions of people living near the over 420-km-long line of contact. Since the start of the conflict, more than 3,350 of civilians have been killed and over 9,000 injured. Dotted with landmines and other ERWs, eastern Ukraine has been branded as one of the world’s most mine-contaminated areas.

The crisis in eastern Ukraine has become protracted. The long-term consequences are getting increasingly serious with daily hostilities damaging critical infrastructure, weakening the health care system and severely impacting the daily lives of the people residing in the area. Every month, more than 1.1 million civilian crossings are recorded at the five checkpoints, where families often have to endure long waiting hours in the bitter cold in the winters and scorching heat in the summers. This is especially cumbersome for the elderly, who make up 30 per cent of all people in need making this conflict the ‘world’s oldest humanitarian crisis’ as one third of the people in need are over the age of 60.

Première Urgence Internationale has been intervening on both sides of the line of contact in Donetsk Oblast in Eastern Ukraine since February 2015, ensuring first-aid services at exit-entry checkpoints (EECPs), providing access to quality health and WaSH services along the line of contact, as well as increasing its focus on isolated communities/hard-to-reach settlements with support adapted to the specific needs.

Première Urgence Internationale is the only international NGO ensuring immediate presence at the 4 EECPs of “Mayorske”, “Mariinka”, “Novotroitske” and “Hnutove” located along the line of contact in Donestk oblast on a daily basis. So far, the organisation has supported 21 facilities (ambulatories, feldshers and midwives’ points, city or district hospitals) with access to treatments for local populations, capacity building of health staff, supply of medical and non-medical equipment and consumables, incentives for fuel for local health authorities, and basic repairs of WaSH infrastructure.

OUR PROGRAMS IN UKRAINE

Première Urgence Internationale is currently implementing 4 projects in Eastern Ukraine in the field of health and water, sanitation and hygiene (WaSH). It is worth noting that projects include response to the spread of the Covid-19 pandemic.

Within these projects, Première Urgence Internationale contributes to improve the access of conflict-affected population of Donetsk region to essential and qualitative health and wash services along the line of contact. In line with the current sanitary crisis affecting Ukraine, PUI also implements activities aimed at containing the spread of the COVID-19 pandemic and decrease morbidity and mortality.

In order to raise awareness about the humanitarian situation in Eastern Ukraine, PUI – with the financial support of the European Union (ECHO) and the Office of U.S. Foreign Disaster Assistance (OFDA)- will launch from the last semester of 2020 a large national and international campaign.

Objectives of the campaign are the following:

In the framework of this communication campaign, Première Urgence Internationale is looking for an experienced Photo-reporter. Pictures, testimonies and videos collected by the Photo-reporter will enable the organization to successfully implement activities planned in the campaign.

MAIN ACTIVITIES OF THE CAMPAIGN

Video documents taking the form of filmed portraits prepared by the Photo Reporter will be used by Première Urgence Internationale’s communication team on social media to highlight the dire humanitarian situation in Eastern Ukraine based on testimonies of ordinary people living and humanitarian workers.

Pictures taken by the Photo Reporter will be utilized by Première Urgence Internationale’s communication team to organise a photo exhibition in Kyiv and in Paris. The exhibition will take form of an external event (open to the general public) highlighting the overall humanitarian situation in Eastern Ukraine, paying particular attention to the human side of the conflict, to “faces” of ordinary people bearing the brunt of the ongoing hostilities along the line of contact.

Depending on the availability of the Photo Reporter, he/she may be invited to attend these events.

The communication material must be written in English* and include:

*Titles and captions will be translated by Première Urgence Internationale for national dissemination.

PROFILE OF THE PHOTO REPORTER

Expected profile of the Photo Reporter:

The Photo Reporter will be directly placed under the responsibilities of PUI Head of Mission. She/he will have to respect the security rules of the organisation.

The Photo Reporter will attend a briefing on Première Urgence Internationale’s activities and security rules before the start of the shooting mission in the field.

Application to be addressed to: