By continuing to use this site, you agree to the use of cookies. Cookies are used to suggest information based on your browsing patterns and to provide us with information about site usage. For more information and to manage these settings, click here
Home > News > Afghanistan: More aid workers have been killed so far in 2019, compared to all of 2018

Afghanistan: More aid workers have been killed so far in 2019, compared to all of 2018

The security situation of humanitarian workers remain critical in Afghanistan. While having being victim of a deadly explosive attack in May, Première Urgence Internationale still continues to work in the eastern region. But our teams, as the whole community of aid workers, are urging all stakeholders to protect and facilitate their work. 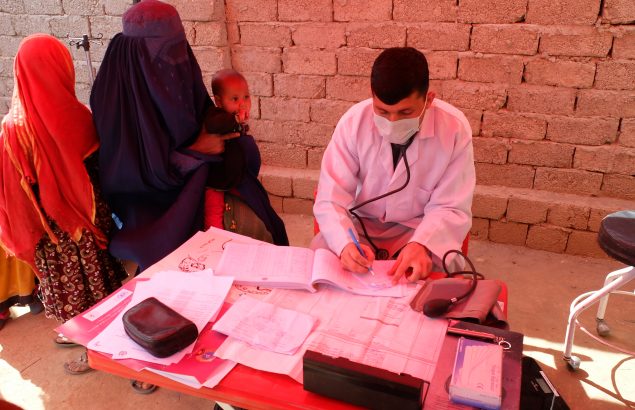 On the 10th of July, the UN Office for the Coordination of Humanitarian Affairs (OCHA) released a statement to deplore the security situation of humanitarian workers in Afghanistan. “I am deeply concerned by 3 separate attacks between 6 and 9 July. They resulting in the death of five health workers employed by non-governmental organisations”, said Tobi Lanzer. He is the OCHA coordinator on attacks on healthcare in Afghanistan. “Afghanistan is among the world’s deadliest conflicts. And all parties should protect and facilitate the work of aid workers, in particular those working in the health sector.”

In May, Première Urgence Internationale’s teams were also victim of a deadly attack, on a mobile health team. The vehicle carrying six people, on their way to provide healthcare to rural communities, was attacked with explosives. The driver sadly succumbed to his injuries.

According to OCHA, so far in 2019, 77 aid workers have been killed, injured or abducted. Compared with 76 in all of 2018. “International Humanitarian Law obliges all parties to protect humanitarian aid workers, health workers and infrastructure; where this has not been the case, incidents need to be investigated. And the perpetrators brought to justice”, declared Tobi Lanzer.

While discussions are currently ongoing about Afghan peace. Première Urgence Internationale restates its adhesion to the humanitarian principles of humanity, neutrality, impartiality and independence. The NGO strongly condemns all of the attacks on selfless humanitarian workers. Who are working in insecurity and in difficult humanitarian conditions.

The security context will not stop Première Urgence Internationale to work in the country. The NGO intervenes there since 1980 and still concentrates efforts on this complex humanitarian crisis, in one of the poorest countries in the world.

The full OCHA statement can be downloaded here.

Update of 18th of July 2019 :
Press release published by ACBAR and non-government organisations working in Afghanistan : NGOs call for protection of civilians, aid workers, and their facilities