The fighting in North Syria have caused many massive displacements of population to the region of the Iraqi Kurdistan. 241 000 Syrians took refuge in this region, 42% in the governorate of Dohuk.

In the rest of the country, hundreds of thousands of people fled from the provinces of Anbar and Ninawa in order to get away from the Islamic State and gathered in the autonomous region of Kurdistan, in Bagdad and in other provinces in the south. These displacements of population deteriorate the economic crisis and aggravate the tensions between Shiites, who are in power, and Sunnites.

The mission opened an office in Iraqi Kurdistan in 2013 in order to respond to the needs generated by the Syrian crisis. The action then has been enlarged to a camp of Syrian refugees and to two camps of displaced Iraqi people in the north of the country, in which the NGO is in charge of the health and hygiene facilities. Première Urgence Internationale manages public sanitation services in the camp of displaced people in Bardarash, where the inhabitants fled Mosul and in the surrounding villages which are controlled by the Islamic State. The intervention also includes the displaced people and the refugees living outside the camp. Première Urgence Internationale has focused on the regions of the north, where the number of displaced people and of refugees is growing since 2016. Nevertheless, the NGO aims to deploy its intervention in the south of the country to support the displaced populations of the region of Anbar.

The aim of Première Urgence Internationale in Iraq is to provide a humanitarian response to the needs generated by the displacements of population – displaced people, refugees and people who returned to Iraqi Kurdistan- and in the central region of Iraq. The teams also intervene among host populations when the pressure on available resources becomes unbearable. Given the extension of the crisis and the needs observed, the mission aims to develop as much as possible its integrated approach.

Première Urgence Internationale continues to offer primary healthcare, activities in water, hygiene and sanitation and reinforcement of livelihood. A psychological program support has been set up thanks to mental health mobile clinics and thanks to psychosocial activities in camps. The NGO keeps a rapid answer to emergency and to massive movements of population capacity with these mobile clinics. 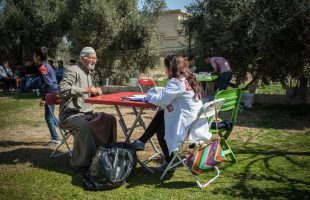 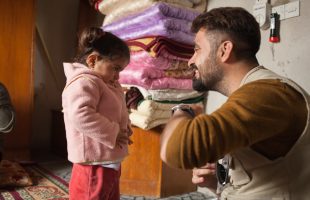 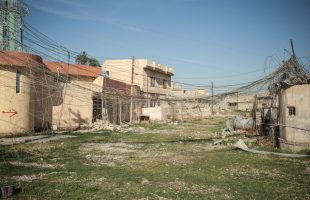 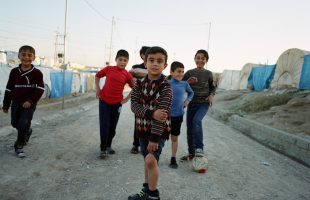 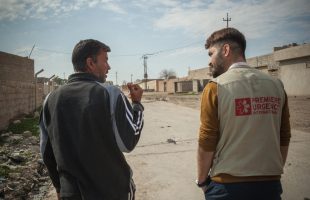 The Lebanon mission in pictures Pictures of Lebanon : © Alexis Fogel (on this page)…