Myanmar / Burma is a predominantly agricultural country with natural resources such as minerals, hydrocarbons, wood and high soil fertility. Agriculture represents nearly 40% of the Gross Domestic Product (GDP) and employs 70% of the country’s workforce. The majority of the population is rural and 60% depends on subsistence agriculture, mainly rice cultivation. The volatility of this agricultural production remains a challenge to maintain a stable economy and improve the quality of life of the population.

Indeed, Myanmar is weakened by several factors of instability causing significant imbalances for the population. It is one of the countries most exposed to natural disasters, including cyclones, tsunamis and droughts: it ranks third out of 187 countries in the Global Climate Risk Index. Since 2012, 13 million people have been heavily impacted by natural disasters, including three category 4 cyclones, such as the one in 2008 that devastated a large part of the coastline, displacing about 270,000 people.

The exploitation of raw materials, like drug production, generates informal trafficking, which is one of the main sources of violence and armed conflict in the country. Politically, Myanmar has a history of tensions with armed ethnic groups dating back to the colonial period, which has fragmented the country territorially. The military junta holds central power, while the armed groups claim autonomy. The nationwide cease-fire agreement reached with the main armed groups in 2015 and elections conducted the same year brought some stability to the country, before the country flared up again after the February 1, 2021 coup.

Finally, the COVID-19 pandemic has also challenged an already structurally weak health system. The lack of control of the epidemic and the inability to test the population in large numbers has resulted in a catastrophic health situation, the outcome of which is impossible to establish due to the lack of reliable data.

Première Urgence Internationale has been present in Myanmar / Burma since 1984 under the name of Aide Médicale Internationale (AMI). The first actions were aimed at strengthening community health systems, particularly through the training of medical personnel.

AMI then developed its activity around the management of refugee camps located on the Thai border, before launching water and sanitation programs in the Yangon region, followed by primary health and maternal, newborn and child health programs in several regions: Yangon, Kayin, Tanitaryi, Rakhine, Kachin, Sagaing, Wa and Lashio.

In 2003, Première Urgence Internationale launched a program for patients with sexually transmitted infections, and carried out HIV/AIDS prevention activities. This formed the backbone of a larger sexual and reproductive health program in the Yangon region, which continues to this day within the framework of the Global Fund to Fight AIDS, Tuberculosis and Malaria.

In 2020, Première Urgence Internationale is launching a new program in Kayin to increase the resilience of conflict-affected populations through an integrated approach to improving access to water and health facilities, and strengthening the livelihoods of communities living in the area.

In 2020, Première Urgence Internationale continued its long-standing intervention with populations living with HIV in the suburbs of Yangon and Dala. In support of Burmese civil society, the teams accompany people living with HIV by offering them personalized support and meetings with other people affected by the virus via self-help groups. This approach strengthens Burmese civil society and health institutions, and improves HIV testing and treatment. In addition, sex workers received a cash transfer in December to support them in the face of livelihood reductions caused by the pandemic crisis.

In addition, in 2020, Première Urgence Internationale opened a base in Hpa-an, in the state of Kayin, its historical intervention zone. An emergency program has been set up, with the creation of a mobile clinic to help displaced populations in the Myaing Gyi Ngu camps as well as host populations, and also by offering an economic support program to farmers affected by the floods. In partnership with the Karen Department for Health and Welfare (KDHW), a study of the health systems in the non-governmental control areas of Kayin was conducted, as well as a gender analysis. A water, hygiene and sanitation project was also launched in the same region.

Première Urgence Internationale is developing its activities in the four following areas:

Water, hygiene and sanitation, both by supporting the construction of networks and by developing a hygiene promotion strategy;

Food security, economic recovery and livelihoods with the development of cash transfer programs and income-generating activities. 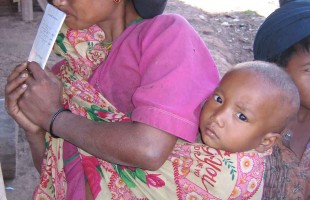 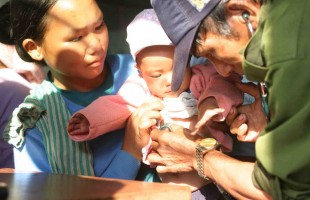 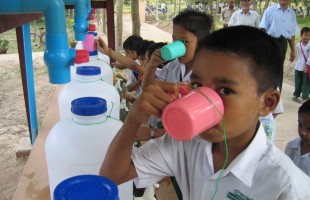 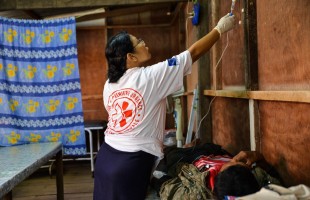 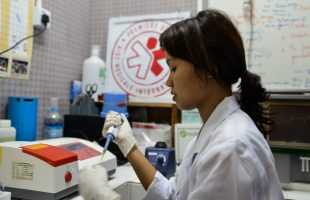 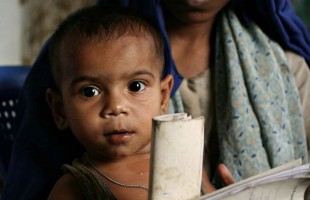