By continuing to use this site, you agree to the use of cookies. Cookies are used to suggest information based on your browsing patterns and to provide us with information about site usage. For more information and to manage these settings, click here
Home > News > Haiti : rebuilding more securely and sustainably

On the 29 January, a handover ceremony of ‘core house’ shelters, part of a project implemented by Première Urgence Internationale in the Grand’Anse department took place in Haiti.

On the 29 January, a handover ceremony of ‘core house’ shelters took place in Haiti attended by the EU Ambassador to Haiti and the Head of the Latin American and Caribbean sector of the European Commission for Civil Protection and Humanitarian Aid Operations (ECHO). This event was held as part of a multi-sectoral project implemented by Première Urgence Internationale in the Grand’Anse department.

WHAT IS A ‘CORE HOUSE’ SHELTER?

A ‘core house’ is a house built on a proper concrete foundation, upon which sits a timber framework and structure covered with a sheet metal roof.

Each shelter comprises a 22 m² room which meets current earthquake and hurricane standards for the country. This provides the most vulnerable people with a solid shelter in the event of new natural disasters and significantly reduces the risk of loss of human life in addition to the problem of decapitalisation related to the loss of a home.

THE ‘CORE HOUSE’ VERSUS HURRICANES AND EARTHQUAKES

Indeed, “when Hurricane Matthew struck, the Grand’Anse department was one of the hardest hit. Matthew destroyed almost all of the houses in the area,” explains Marine Carbon, Head of Première Urgence Internationale’s multi-sectoral project in Haiti. Consideration of ‘core house’ construction standards in conjunction with the local authorities and the national task force offered an effective solution.

Today, nearly one million people are still living in makeshift shelters. To get a sense of the current situation, you’d have to imagine half of the population in Paris, the right bank for example, sheltering in a tent or a shack.

THE ‘CORE HOUSE’ IN HAITI’S MOST ISOLATED COMMUNITIES

Through its multi-sectoral project in Haiti, Première Urgence Internationale has systematised the training of teams of local builders and carpenters. Our aim is to give these rural areas the technical expertise to deal with future emergency responses and in doing so develop the self-sufficiency and the ability of communities to get back on their feet more quickly.

290 households in the communal sections of Mouline and Chardonnette, or more than 1,500 direct beneficiaries in more than 40 communities, are currently receiving the materials (cement, wood, sheet metal, etc.) needed to build these reinforced shelters.

What’s more, the people benefiting from this project live in extremely remote areas. Beneficiaries are sometimes located more than four hours walk away from supply stockpiles. In some places the road is nonexistent, which presents a significant logistical challenge for Première Urgence Internationale’s teams. As a result, the only means of delivering supplies is often using sheer physical strength – carrying them with your arms or on the back of an animal. 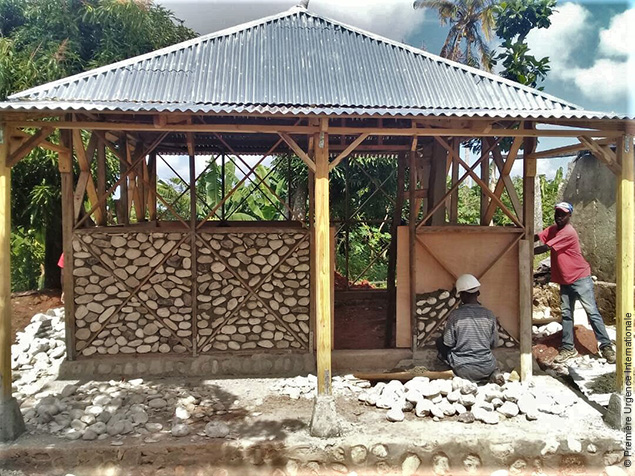 ADDRESSING THE MOST URGENT HUMANITARIAN NEEDS

According to Jordi Torres Miralles, Head of the Directorate-General for European Civil Protection and Humanitarian Aid Operations (ECHO) in Haiti, who was present at the press conference: “Addressing the most urgent humanitarian needs and support for early rebuilding of the most vulnerable households severely affected in the aftermath of Matthew remains a priority in the European Union’s programming in Haiti. By ensuring reliable access to accommodation, food and water for these households, the EU is helping to improve the situation.”

“In the immediate aftermath of Hurricane Matthew, Première Urgence Internationale mobilised in order to assess needs and support the emergency response. We chose to deploy our response in the commune of Beaumont, and in particular within the remote communities of Mouline and Chardonnette,” explains Pascal Maillard, Mission Deputy Head in Haiti.

“At the core of our response strategy, is the targeting of vulnerable households and the addressing of their basic needs. It’s on the basis of an integrated approach which meets the priority needs of food security and the strengthening of livelihoods, and provides clean water, sanitation and housing support, that Première Urgence Internationale helps these communities towards building sustainable, long-term resilience.”

Première Urgence Internationale is now looking to strengthen its livelihood support work, which may be initiated as part of a project supported by ECHO. Food and nutritional security for local communities as well as the continued building of sustainable shelters will be at the forefront of future initiatives.

These two elements aim to strengthen the resilience capabilities of the most vulnerable communities within the Grand’Anse department.

“Everything we envision doing, now and in the future, has to take into consideration future threats in order to enable us to rebuild in a better and more secure way,” Pascal explains.

“We must continue to take action in Haiti with support from the government, in order to continue to meet the basic needs of the most vulnerable people. We remain fully committed to Haiti.” 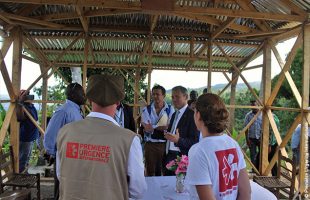 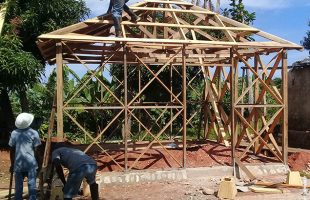 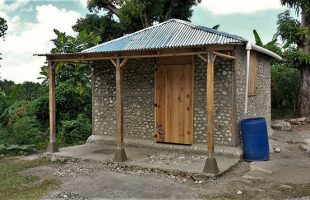 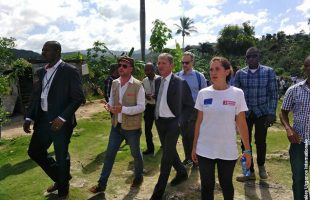 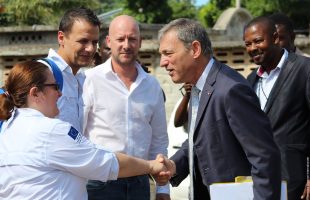