By continuing to use this site, you agree to the use of cookies. Cookies are used to suggest information based on your browsing patterns and to provide us with information about site usage. For more information and to manage these settings, click here
Home > News > “We stay, the population needs our help”

“We stay, the population needs our help”

On January 20, armed terrorists invaded a luxury hotel in Kabul. On January 24, NGOs’ offices in Jalalabad were violently stormed. Three days later, an ambulance bomb exploded in the center of Kabul. On January 29, Kabul Military Academy is also attacked. Four coordinated attacks in 10 days in Afghanistan, killing more than 200 people that show an insecurity and a general tension in the country. 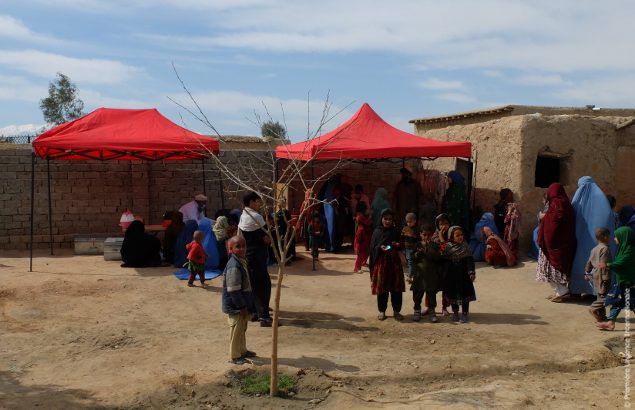 Ondine is head of mission in Afghanistan for Première Urgence Internationale. She shares the challenges to which her and her team are confronted, facing the series of recent attacks in Afghanistan.

How was it for you and your team at the time of the attacks?

“I had teams in Jalalabad and Kabul and I was myself on site on January 24. We were -of course- worried and sad seeing the human toll growing from minute to minute with each attack. The succession of the recent events has been intense and tragic. We had to keep a cool head and not panic over the rumors, confusion and difficulties that emerged at the time of the attacks and the days that followed. But our teams are strong and united, and our mission is essential: that is probably what helped us to remain brave and continue our work.

What was your feeling right after the attacks?

After the attacks, I felt a mix of sadness and anger. Unfortunately, this type of events are not new in Afghanistan, and despite some more “calm” periods, each major security incident makes us remember that we are working in one of the most unstable and dangerous countries in the world. The day before the assault in Jalalabad, which was my last day before going back to Kabul, we were with the national teams, who were as always very warm and welcoming. The next day, as I returned to the capital and learned about the attack, I immediately thought about the teams who remained on site and who could have been hit.

As head of mission, how did you manage your teams after the attacks in Afghanistan?

What is important is to communicate with the employees, to listen to them, inform them and reassure them. After the episode of Jalalabad in particular, I discussed with the expatriates and national teams about the decisions to be made for the next days. Everyone asked that we continue our activities, without closing our offices. We observed the day of national mourning declared by the Government and then returned to our post.

There is really a high level of commitment. Our teams are resilient. It has been more than 40 years since the country is subjected to repeated regular attacks. And unfortunately, local population are now used to leave in constant tension.  Even if we have strict security rules, we should not forget the context in which we work on a daily basis: we know that this kind of event can happen anywhere and to anyone. We must be prepared to face challenges and continue our mission in the country. And our teams are aware of that fact. This translates into a willingness to continue to carry on with our activities.

What was your first reflex as head of mission?

It was the first time that I was facing such a situation. It is important to take decisions without panicking and without losing your head. You have to exchange with the teams and take justified decisions in order to avoid frustrations. Some days before the attacks, we organized a training session for all of our national employees in Jalalabad. The goal was to try to give them tools to better prepare themselves and be ready in this kind of situation, as well as being more aware of how to support each other. I think it helped everyone to overcome these terrible events.

What do one think when that kind of events happens?

In these moments, we think about the people we help, the local populations. This type of attack is the everyday life of thousands of Afghans in their villages. Populations are often victims of the collateral damage of regular fighting between the different armed groups and the country’s security forces. Our work is important and we cannot afford to stop after every attack.

Did the attacks had an impact on your work in the field?

In Afghanistan, Première Urgence Internationale works mainly in health, through the support of health centers and the deployment of mobile clinics in the provinces of Nangarhar and Kunar, in the east of the country. 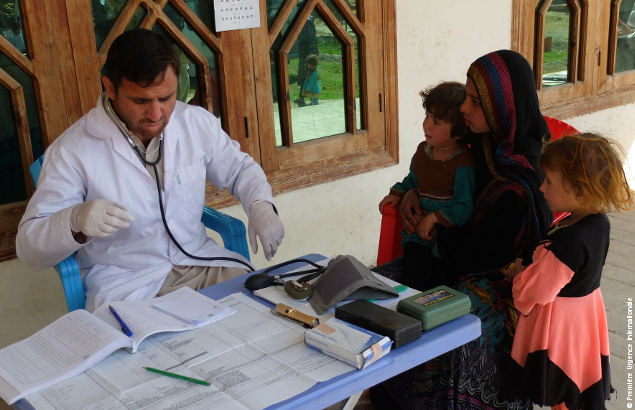 We are present in areas controlled by the government but also by armed opposition groups. We can work in these areas because of a strong acceptance by the local populations, which has been built by our presence in these regions since 1994, and since 1979 in Afghanistan, in accordance with humanitarian principles. My goal, however, remains that our teams feel safe and in a secure-enough environment to carry out their work. As a result of these attacks, we have further strengthened our security measures.”

Première Urgence Internationale operates in Afghanistan in a complex context. The organization has an extensive health program in Kunar and Nangarhar Provinces. This program is supplemented by nutrition activities as well as mental health and psychosocial support. The project also proposes a cash transfer assistance system for internal displaced populations (IDPs) due to conflicts and natural disasters. Première Urgence Internationale specializes in assisting victims of trauma. One-third of these trauma cases are due to the ongoing conflict, and are war-wounded or collateral damage.

Project funded with support from the European Civil Protection and Humanitarian Aid Operations (ECHO), the United Nations Office for the Coordination of Humanitarian Affairs (OCHA), World Health Organization (WHO), World Food Programme (WFP), the Ministry of Public Health of the Afghan Government.