By continuing to use this site, you agree to the use of cookies. Cookies are used to suggest information based on your browsing patterns and to provide us with information about site usage. For more information and to manage these settings, click here
Home > News > Working close to the front line in Ukraine

Working close to the front line in Ukraine

“In some villages, helping is almost pointless because everything that’s built each night is destroyed during the day.”

Svetlana is a nurse in Mayorsk in one of the medical centres supported by Première Urgence Internationale. This centre is 700 metres from the front line in Ukraine. It’s a first aid station where people can come for medical assessments. But providing medical assistance isn’t so simple on the front line, where travelling remains extremely dangerous and the security situation isn’t getting any better.

Svetlana comes from Jovanka, a village split in two by the front line in Ukraine. Every evening, she goes home amidst the bombing. 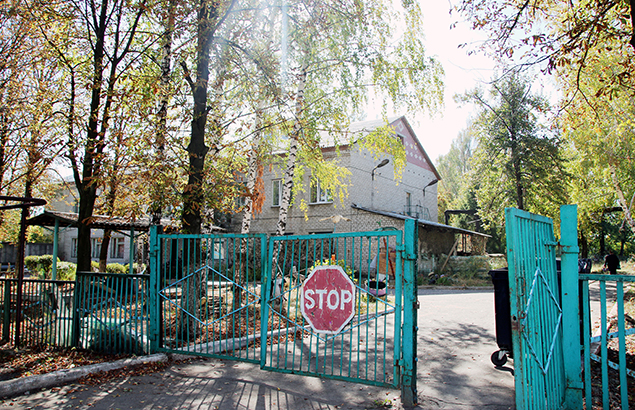 How do people work close to the front line?

Working close to the front line in Ukraine isn’t easy, and there are two main problems: the lack of transport, and safety.

Living conditions for civilians living near the front line have been worsened because of the damage caused to essential infrastructure, the restrictions on freedom of movement, and the lack of public transport. The economic situation has also generally deteriorated. The surrounding communities are a lot more isolated as a result of these factors.

The security situation is particularly dangerous in Jovanka, the village where I live, which is divided in two by the front line, as well as in remote areas. You can’t get to the centre of Bakhmut via public transport any more. I often used to have to travel on foot to see my patients, or they are forced to come here for consultations. Première Urgence Internationale has given us bicycles, which I now use for these journeys.

How has the situation changed in the area where you work?

There haven’t been a lot of changes. The only thing is that there are fewer attacks. During the day, people feel a little safer. Social progress is also being made – for example, the construction of the medical centre.

But people are continuing to hide in basements to stay alive at night. Houses are being destroyed because military operations are continuing. There are villages that have received significant humanitarian aid and there are others – like Jovanka – where this help is almost pointless because everything that’s built each night is destroyed during the day.

Finally, another major problem is the lack of education – 6 months ago, no nurseries or schools were accessible because the children had to walk there, which was too risky. Now there’s a bus that serves schools in nearby villages. It’s a good outcome, although the situation remains tense.

Why is this centre so important?

This medical centre is a first-aid medical station.

There’s a heavy military presence here. When the area became “an area not controlled by the Ukrainian government”, it didn’t have staff, medical facilities, or general services because of its location. It’s between the checkpoint and the front line in Ukraine. When a new administration was formed in the village, its members decided to build this centre to provide the people with access to healthcare. 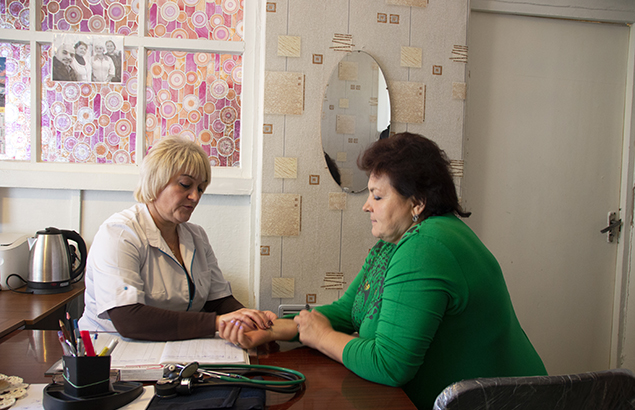 How does Première Urgence Internationale help this medical centre?

Since 2015, Première Urgence Internationale has helped us by improving our medical capabilities thanks to regular visits from a doctor. We don’t have a specialist on our team. The doctor comes to the centre once a month. The teams also provide us with essential equipment, medicines and a refrigerator to store them in, among other things.

The mission’s aim is to improve existing healthcare facilities. Première Urgence Internationale has also renovated the façade of the hospital, which was destroyed at the start of the war. The priority goal is to restore and improve the quality of healthcare services for people living in Eastern Ukraine.