By continuing to use this site, you agree to the use of cookies. Cookies are used to suggest information based on your browsing patterns and to provide us with information about site usage. For more information and to manage these settings, click here
Home > HR news > “What I remember from this mission is above all the good understanding among the team”

Wendy Pierre and Vincent Rotureau come back from Chad, where they spent 8 months as a field coordinator and as a food security, nutrition and livelihood coordinator. They talk about the specific context of this mission.

Wendy is 30 years old and was a program and area coordinator. After a Master’s degree in English, she geared towards the international relations school IRIS, where she attended a humanitarian career. She joined Première Urgence Internationale in 2014 and undertook many missions for the NGO in Africa and in the Middle-East. 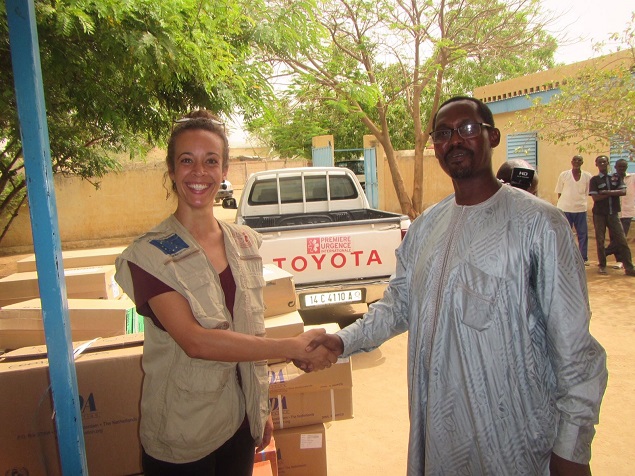 Vincent is 28 years old and comes from an agronomist training that he completed with a Master’s Degree in humanitarian project management at the IFAID (Institute of Training and Support for the initiatives of Development). He came back from Chad as a food security, nutrition and livelihood coordinator. He had undertaken his first mission in this country with Première Urgence Internationale in 2011-2012.

What was your role on the mission?

Wendy: I was the coordinator of the Ouara’s area, a district in the East of the country. I was located at Abéché, where I was responsible for the programs’ supervision (health, nutrition and

livelihood) and I had to handle ever logistics, financing, administrative aspects and human resources on the basis. My role was also to ensure the external representation of the NGO among local authorities and other NGOs located in the region.

Regarding security, I monitored and collected data among the security comity, composed of members of our national staff, other partners and local authorities. The mission was rather calm but some robberies took place in Abéché and its surroundings. A peak of risks was reached in March with the escape of hundreds of prisoners from the prison of Abéché and the kidnapping of a French expatriate who worked for a mining company in the East of the country. My role consisted in searching for information and in adapting the security rules to the events that occurred. 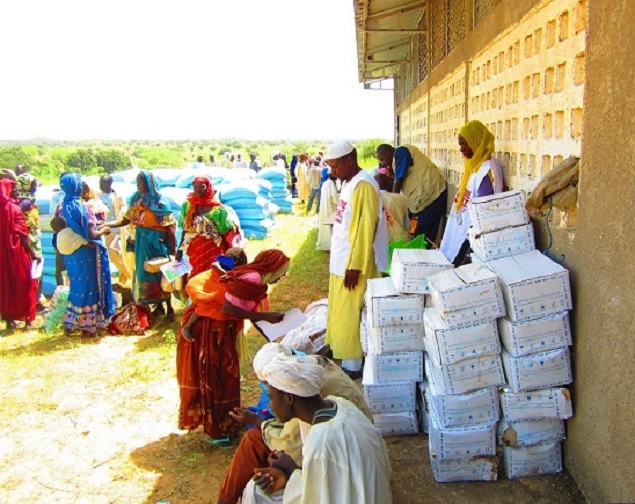 Vincent: I worked on the basis of Abéché and of Hadjer Hadid in the same time. They were located in the department of Ouara and of Assoungha (East Chad). I brought a technical support to the project’s technics managers in order to setting up their activities, for the technical management of their projects, for the teams’ training, for intervention suggestions and more generally for the structuration of the food security, nutrition and livelihood department on the mission.

From June to October, Chad is in a critical phase. It is called the “soudure”, during this time the most vulnerable household have finished their food stocks that come from their production. These households have to set up survival strategies, more or less severe. A member of the family must sometimes migrate to find an occupation, an external source of income. Some families go as far as reducing the number of their daily meals or reducing the quantity consumed during the meals. The risk of undernourishment and  malnutrition is very high during those four months. The teams of Première Urgence Internationale target the populations at greater risks in their activities: children under five years old, the pregnant and lactating women, who fall into malnutrition more easily.

The Chad mission combines an intervention in health and in nutrition to have the strongest impact in the fight against malnutrition. The teams organize alimentary distributions, the screening and the medical care of malnutrition and brings a support to health centers. 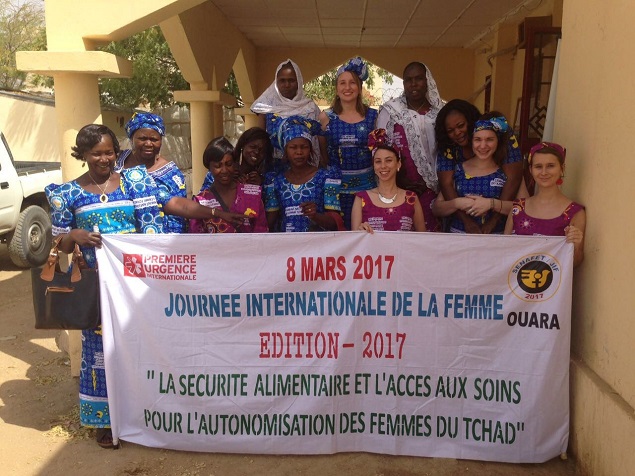 Is there a fact in particular that comes to your mind regarding this mission?

Wendy: what I remember from this mission is above all the very good understanding among the team, as well between expatriates as among the national staff. We were a bit like a little family in Abéché, it created a good energy for the humanitarian work. It is all the more important as the climatic conditions are specific. Chad is a desert. In eight months, we saw the first raindrops in the last weeks.

Vincent: what commanded my attention are the little discernible changings in the Chadian context since my first mission. Five years later, the country and more particular the region of Ouaddaï, where we intervene, is still in a chronic food insecurity. A humanitarian assistance remains necessary for the most vulnerable households, which is why Première Urgence Internationale is in the field. The situation is more complicated with the massive arrival of refugees from Sudan, which increased the density of population, stressed the pressure on natural resources and their availability.