By continuing to use this site, you agree to the use of cookies. Cookies are used to suggest information based on your browsing patterns and to provide us with information about site usage. For more information and to manage these settings, click here
Home > News > Venezuelan refugees in Colombia: living in the instability again

Venezuelan refugees in Colombia: living in the instability again

Première Urgence Internationale and Solidarités International are helping to mitigate the urgent risks faced by Venezuelan refugees and migrants in Colombia. The current health crisis is particularly affecting the food security of this population. In collaboration with the municipality of Bucaramanga, the two NGOs in consortium and their local partner Fundacion Entre Dos Tierras, are joining forces to meet the food needs of these vulnerable populations. 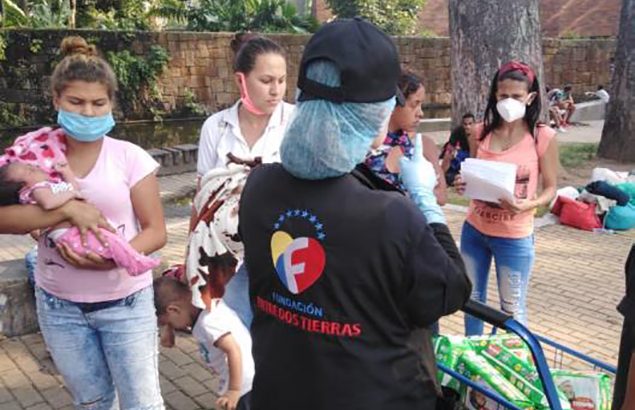 Having fled Venezuela to Colombia, Venezuelan refugees and migrants are now facing another type of crisis: a pandemic that affects their health, their already dire living conditions and their food security. The Fundacion Entre Dos Tierras improves food security for 750 of the most vulnerable who are lodged in hotels and residences in working-class neighbourhoods, or grouped together in parks following their eviction from their homes in the city of Bucaramanga

The continued deterioration of living conditions in Venezuela has led to a significant increase in the number of migrants and refugees in Colombia since 2013, and even more since 2018, fleeing a collapsing economy, poverty, food and medicine shortages and the political crisis.

Colombia now hosts nearly 1.8 million Venezuelan migrants and refugees and thousands of people still enter the country every day through various legal and illegal entry points along the border. They then embark on a long journey on foot to different cities in the country. Bucaramanga is at the centre of this migratory route and today welcomes around 38,000 migrants[1], while access to basic services remains very limited.

This figure is constantly increasing and raises fears of the exacerbation of xenophobia, as Alba Pereira, Director of the Entre dos Tierras foundation explains: “If we do not provide clear, effective and real answers, there is a risk of social explosions, both on the part of the host communities and of the migrants themselves.”

This situation has been further aggravated by the Covid-19 pandemic, in particular due to the containment rules implemented throughout the department: curfew, alternately authorised exits for certain activities based on the identity number, heavy fines for non-compliance, … Venezuelan migrants face significant obstacles to go to work and often find themselves without resources to eat. “In stark proof of the deteriorating conditions and insufficient response, numerous Venezuelans are actually seeking to return to the border, with approximately 800 refugee and migrants currently congregating in parks of Bucaramanga each day to seek transport or to begin the arduous 7 day walk back” explains Adrian Fleming, Head of Mission. 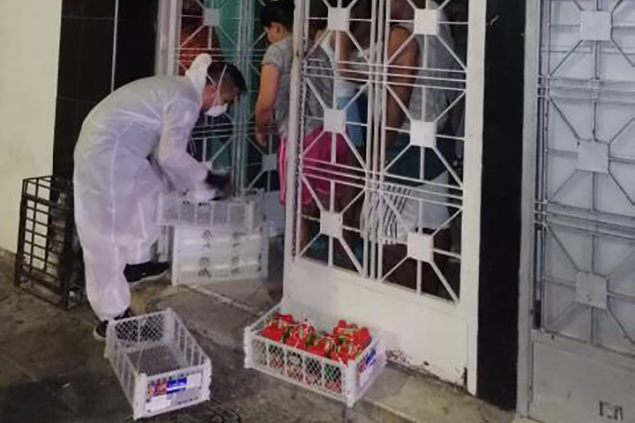 “In stark proof of the deteriorating conditions and insufficient response, numerous Venezuelans are actually seeking to return to the border.”

A study published by the Externado University of Bogota in February found that only 25% of Venezuelans have an employment contract. Most of this migrant population lives either on the street or in unsanitary places shared with many people and paying a daily rent. They thus depend on daily work, most often informal work such as street sales or cleaning windshields, to pay their rent or buy essential food items. The rate of malnutrition in Bucaramanga, according to humanitarian workers, is around 5% among adults and 20% among children under the age of 10. In addition, mental health is strongly affected by despair and almost 80% of migrants are affected by depression to various degrees. «The emergency is today, the needs are punctual and everyone knows them” adds Alba Pereira.

This is why Première Urgence Internationale and Solidarités International, through their local partner Fundacion Entre dos tierras, are joining forces to meet the food needs of these vulnerable populations. Adrian Fleming explains “the Première Urgence Internationale and Solidarités International consortium is targeting the evicted, homeless or returnees as they are considered as the most vulnerable people to be exposed to the virus and those with the least resources in which to protect themselves or deal with consequences of becoming infected.” 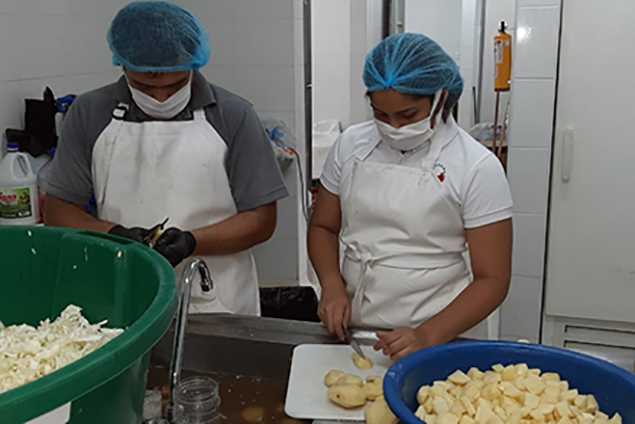 With the support of the municipality, 2 meals a day are prepared and distributed to 750 people and hygiene kits are given to 800 families in accordance with preventive measures against the virus. “We will start distributing hot meals in very isolated areas, giving priority to children under the age of 6. This represents an increased workload, more responsibility and commitment but, as always, the financial context remains worrying. ” Alba Pereira says.
Finally, a kit with a meal and hygiene products (valid for 48 hours) will be distributed to 1600 migrants for their return trip.

Many Venezuelans are already homeless because they have not been able to pay the rents requested and according to the United Nations’ World Food Program (WFP), the coronavirus pandemic has put more than a half of Venezuelan migrants in Colombia at imminent risk of starvation. The situation remains worrying but the humanitarian implication persists. 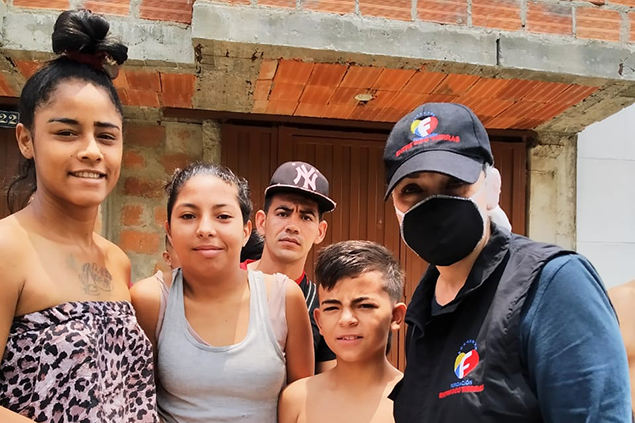