By continuing to use this site, you agree to the use of cookies. Cookies are used to suggest information based on your browsing patterns and to provide us with information about site usage. For more information and to manage these settings, click here
Home > News > Syrian and Lebanese work hand in hand to build a drinking-water network 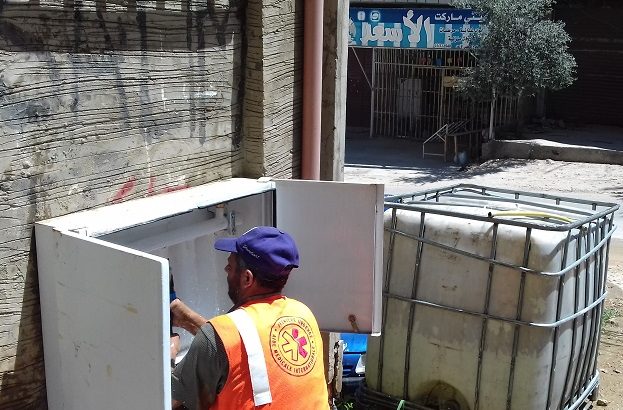 In this framework, Mohamad (Syrian) and Hassan (Lebanese) both benefited from a project funded by the European Union (EU). They worked on a construction site with the NGO to build a water supply network in Borj el Arab (1), a small town in the Akkar region, northern Lebanon. They share their experience through testimonial stories.

Mohamad, 44, from Syria, married, with 9 children 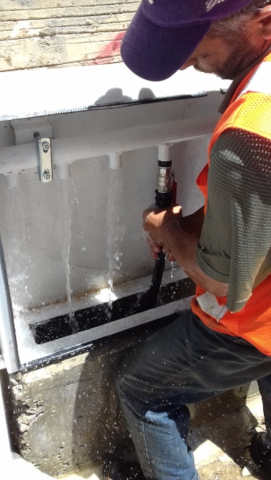 I come from a family of farmers in Syria, where we own many parcels of land. In Lebanon, in the first place, I did not get an opportunity to work in agriculture or in any other sector. When I heard about the prospect of working with Première Urgence Internationale on this project, I was very much interested. I participated in the project from July of 2016 until September of 2018, when it ended.

My initial assignment was as an unskilled worker. I did a wide variety of tasks like fixing valves and welding pipes, both of which were new to me. Due to my work in farming, I had some knowledge of excavation works and pipe laying. However, I had minimal experience in concrete works.

Through working on this project, I have developed many skills under the supervision of Première Urgence Internationale’s staff, who were very cooperative. They made sure to train me on whatever task I was doing. After getting more experienced, I was able to undertake the required tasks and implement most of the works by myself.

Owing to my work on this project, besides the other humanitarian assistance I was receiving, I managed to cover most of my family’s expenditures. Including food, rent and health expenses, especially because I have a daughter suffering from thalassemia and another one from asthma.

Since the project ended, I have been looking for a job, which is hard due to the labor market in Akkar. However, thanks to the skills I have gained, I will be able to reconstruct my home once back to Syria. After, I hope that I will resume my work in agriculture. 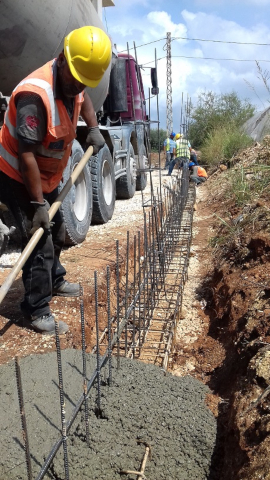 I was working in the agriculture sector when I saw a flyer about an opportunity to work on the infrastructure project in Bourj El Arab. Accordingly, I started working on this in August of 2016. Before, I did not have any experience in excavation, pipe laying, concrete casting or manhole construction. Through the supervision of Première Urgence Internationale’s staff, I obtained valuable experience on performing the said tasks.

Thereafter, Mohamad and I were skilled enough to carry out the work with high standards of quality.

Owing to the compensation received though the project, I was relying less on debt. Thus, I was able to meet basic food, education and healthcare expenses for my family.

During winter, I work in agriculture but I am much short of meeting my basic expenses. In Akkar, there are little opportunities for work. I hope that during summer I will seek a construction job in Beirut or Tripoli.