By continuing to use this site, you agree to the use of cookies. Cookies are used to suggest information based on your browsing patterns and to provide us with information about site usage. For more information and to manage these settings, click here
Home > News > In Mosul, Première Urgence Internationale works towards social cohesion

A year and a half after the violent battle of Mosul, which devastated Iraq’s second largest city, it is high time for rebuilding. Première Urgence Internationale is carrying out a multi-sectoral social cohesion project. The objective is to help the people there to live together again after years of conflict, and to take back control of the place they call home. 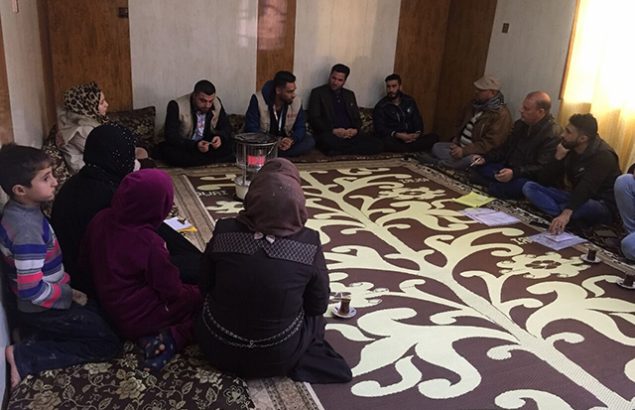 Several months after the ‘Battle of Mosul’, despite military operations ending, the city being devastated and its people being traumatised, there is still the prospect of a very long rebuilding process.

After setting up an operational base in the city of Mosul, Première Urgence Internationale is now implementing a multi-sectoral project (1) to support the displaced populations in the Bardarash camp in Iraqi Kurdistan, while they return to the rural villages around Mosul.

For this project, the NGO is working in the district of Bashiqa, north-east of Mosul, in three specifically targeted villages: Darawish, Abujrboa and Khorsebat.

“The main aim of this project is social cohesion,” explains Léa Triniac, project manager since September 2018. “The goal is to help people who were divided by this crisis to be able to live together again, work together on a collaborative project, and to take back control of the place they call home.”

Helping people to live together again

Première Urgence Internationale is, for example, providing support with the rebuilding of four schools in these villages. Repainting, linking up to the electricity network again, repairing doors and windows… Work to repair the damage mainly caused by time and the abandonment of these infrastructures for several years, although one of the schools was also affected by a mortar attack. “We are trying to restore the basic infrastructures, to improve conditions for learning,” continues Léa Triniac. The charity is also ensuring that the work, carried out by an Iraqi supplier, does not interrupt classes or the school’s work. 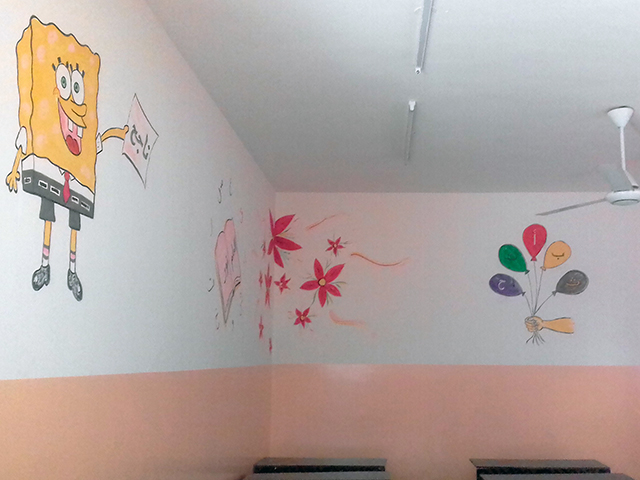 The walls of the primary and secondary school in Darawish,
repainted by Première Urgence Internationale and decorated by the teachers in the village.

Besides, the charity is carrying out some collective community projects, which are helping people to work together. Both to identify needs and to implement the work that needs to be done. Three rebuilding projects will soon be launched. One for a drainage network at Khorsebat, and two for sections of main road, one at Darawish and the other at Abujrboa. “This work should secure a healthier environment and easier travel for people throughout the area.”

Lastly, thanks to this multi-sectoral project, Première Urgence Internationale is able to work in a collective social capacity. The charity is helping to set up two community centres, within the walls of some old private houses that have been restored. In the centres, the aim is to get community life back on its feet as much as possible. Like recreational activities for children, professional training workshops with materials supplied, or just simply collective meetings. “These centres will be able to serve as a space for the women of the village, who don’t always have a place to meet up and simply chat,” says Léa Triniac.

Although these community centres haven’t yet been set up, the training workshops are already being developed for the inhabitants of Khorsebat, the trial village. Courses in sewing, in becoming a barber for men and hairdressing for women, photography, computing… these workshops aim to help people get to know each other and work together. 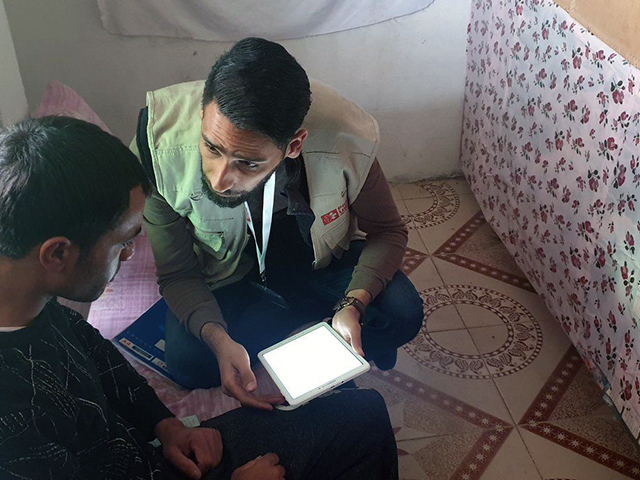 Registering to take part in a computer training workshop.

“In general, in Mosul and other areas where there is a post-emergency situation, needs are different from what they were,” Léa Triniac explains. “The emergency phase is over and now it’s all about tackling the livelihood dimension. By developing professional training and making an income more accessible, people can return to their daily routine and regain their independence by managing their own needs. It’s a crucial step in helping them to become more resilient when crises occur.”

At the same time, to build on local authorities’ capacity to respond to the differing needs of their communities, Première Urgence Internationale is starting some sessions for community representatives to raise awareness.  These sessions are about the danger of mines, gender-based violence, good hygiene habits, and psychological first aid care. The aim is to link these different themes with a map of stakeholders based in the district of Bashiqa (local stakeholders, other national and international stakeholders). In order to raise awareness among the people who need it of the different services available, and to help them head to the appropriate place if necessary. “The project is finishing at the end of April. We are exploring the possibility of replicating this approach in other villages that have the same types of needs.”

(1)    This project has been implemented with support from the CDCS (Centre de Crise et de Soutien – The Crisis and Support Centre), an arm of the French Ministry for Europe and Foreign Affairs.