By continuing to use this site, you agree to the use of cookies. Cookies are used to suggest information based on your browsing patterns and to provide us with information about site usage. For more information and to manage these settings, click here
Home > News > “What struck me is that violence is at the heart of their memory, of their lives”

“What struck me is that violence is at the heart of their memory, of their lives”

The military situation is calming down in Iraq. However, even though some people were able to go back to their hometown, the situation remains precarious. The instability and the conflict direct impact are causing major distress for the populations. Première Urgence Internationale is now including a mental health and psychosocial support element in all of its projects. Clare Shortall, medical technical coordinator for Première Urgence Internationale, explains the situation. 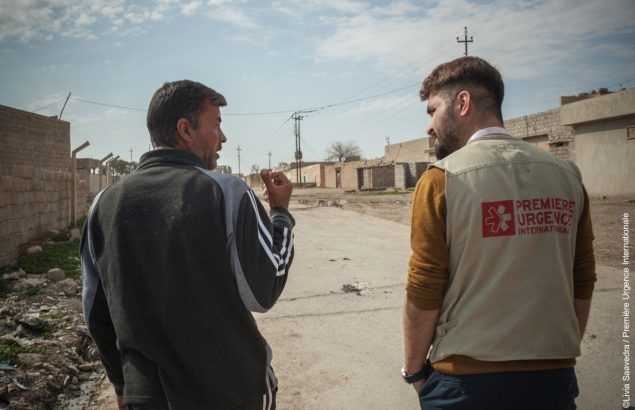 How to analyse sufferings of the Iraqi populations?

Each situation is different. But among Iraqis that are seen by our doctors and mental health specialists, we have noted that many of them were exposed to extreme violence. Many have lost family members, sometimes up to five people. What struck me is that violence is at the heart of their memory, of their lives.

There is a difference between the Iraqi population that lived in an area controlled by the Islamic State, and those that were able to flee quickly. Some people spent two years in a terrible situation and could not run away. This is particularly the case for rural populations in southern Iraq, in the Anbar province. They did not know where to take refuge and many were forced to stay in their cities.

Our teams are working today with this province’s population, the ones that lived under the Islamic State’s control.

In what way Première Urgence Internationale is dealing with these psychological sufferings?

We are including mental health issues to all of our medical projects. For example, we have systematically integrated psychologists in mobile clinics that circulate in the South of the country and in primary care centres that we support. We also work on orienting and referring people towards more specialised psychology and mental health services. To treat the sufferings of the Iraqi population, we need to be able to identify the persons in need.

In this country, people do not always see a mental health specialist when they are suffering psychologically; it is not in their culture. They go to their general practitioner (GP) instead. He must then refer them to competent people. For this reason, we chose a community-based approach by working with mental health experts that we train and that enable us to identify needs in the community.

In Iraq -which may also be the case in France and the United Kingdom as well- psychological suffering is sometimes stigmatized. It is very difficult for people to go directly to a mental health expert. We must change mentalities and attitudes. 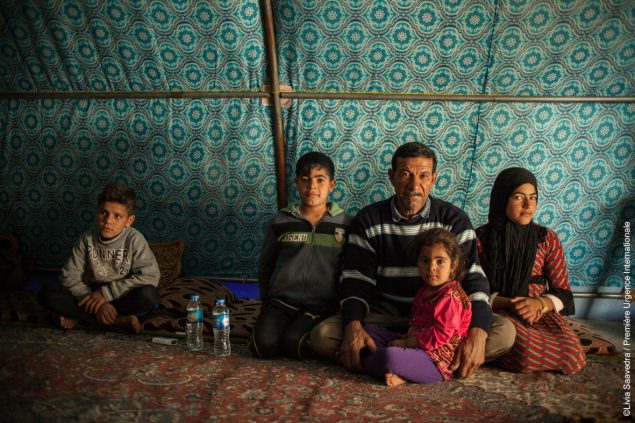 So there is a reluctance to treat mental illness?

With the war that is still going on in Iraq, we are seeing a slight change in mentalities. More and more people are unfortunately affected by stress, anxiety and psychological distress. We train the medical staff to handle this kind of situation. In Iraq, there are only few psychologists. There are psychiatrists who have a much more medicated approach and who need to be trained in psychological counseling, listening and taking into account oral expression.

To treat the sufferings of the Iraqi populations, it is needed to broaden and deepen the skills of the medical staff.

Is the medical staff more and more sensible to these questions?

Yes indeed, especially since they are often themselves concerned by this violence. We work with many doctors who come from the city of Mosul, which has been the scene of fierce fighting for long months. These people have to deal with their own stress and experience the anxieties of their patients.

It is not always easy in this kind of situations but we accompany them so that they can work as peacefully as possible and in the best conditions.