By continuing to use this site, you agree to the use of cookies. Cookies are used to suggest information based on your browsing patterns and to provide us with information about site usage. For more information and to manage these settings, click here
Home > News > « It is still an ongoing conflict »

« It is still an ongoing conflict »

In Ukraine, the Donbass war is at its height. Since the beginning of the conflict, 1.6 million people have been displaced inside the country. Mathieu Vernuss was the head of mission in Ukraine for one year. He explains local populations situation. 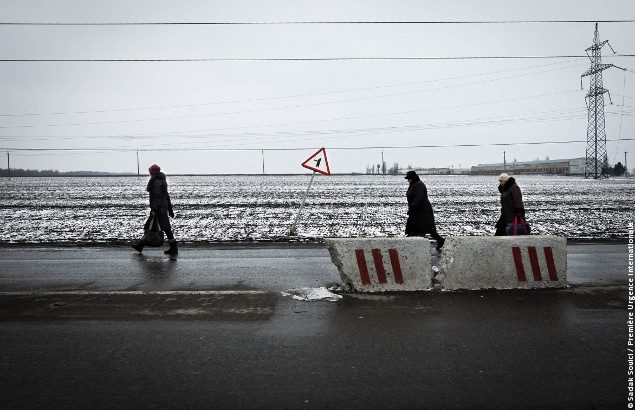 What is the current situation in Ukraine?

« The war in Ukraine started politically and militarily in 2014. At the end of 2014, a status quo was declared and a “contact line” was drawn. This imaginary line cut the country between non-government controlled areas and a part Ukrainian government controlled.

Today, this contact line can be represented as a strip that spreads across thousands of kilometres long and from 200m to 5km width. It crosses the Donbass region and corresponds to a dangerous zone called the “grey zone”. As a matter of fact, this area represents a border from which both military forces organised themselves. Shootings are commonplace. Unfortunately, populations still live in this dangerous area and suffer regularly the consequences of this violence.

Does this situation justify humanitarian intervention?

Every basic services in this zone have suffered from major degradation. For example, health services have been affected and a lot of hospitals have been destroyed. Some health centers are empty because their staff have often been forced to flee. Some others are almost inaccessible. All of them lack resources –in medical materials among other- because of the conflict.

However, on the 1.6 million internally displaced persons (IDPs), half of them are people doing two-way trips between the non-governmental territory and Ukraine, to try to receive their pension’s money.

Thus, to retrieve this pension, many people in grey zone and in non-government controlled areas are forced to cross the contact line. It is important to picture it: among these people there are women and men that are 70 or over and that must cross the line by foot to go and receive their well-deserved pension after having work all their lives. This crossing can take until more than 8 hours. This makes one think about the humanitarian and health conditions of these populations. 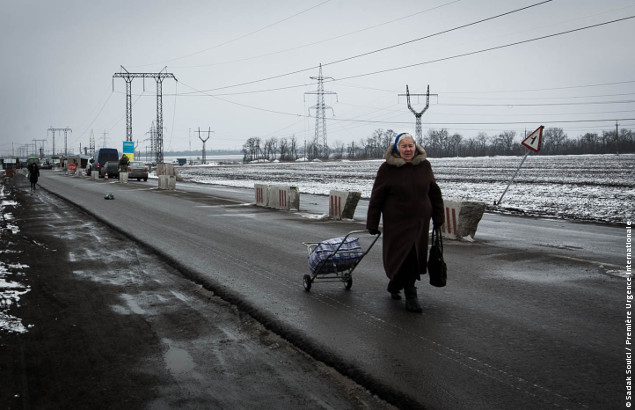 Are the needs really urgent and important?

We are in a traditional trench warfare. Every month, there are more than 1 million people crossing the line in both directions, while every day there are clashes between non-government controlled areas and Ukrainian government forces.

The conflict enters its 4th year and reaches 2,500 civilians killed, without even counting wounded ones or military deaths. 2017 was a year of escalation of violence, including the increased use of heavy weapons. Heavy weapons are long range and therefore less accurate than handguns. The firing of these weapons regularly falls in the grey area and areas near the line of contact. This is a real problem that presents major risks for civilians and local populations.

And you, what do you feel about this mission?

It is difficult to imagine that a country at the gates of Europe can experience a conflict of such magnitude. We meet many people, hear about many stories and different life stories. But for many of them, the story often ends dramatically. We have helped women to give birth safely but who later lost their child, or we met people who had heart attacks that we helped to revive, but who died in the ambulance afterwards. These are stories that show us how important our mission is and how the needs are indeed truly present. »

Click here to learn more about Première Urgence Internationale’s actions in the country.