By continuing to use this site, you agree to the use of cookies. Cookies are used to suggest information based on your browsing patterns and to provide us with information about site usage. For more information and to manage these settings, click here
Home > News > Settler violence in Occupied Palestinian Territory: “I didn’t know what to do to protect my baby”

Settler violence in Occupied Palestinian Territory: “I didn’t know what to do to protect my baby” 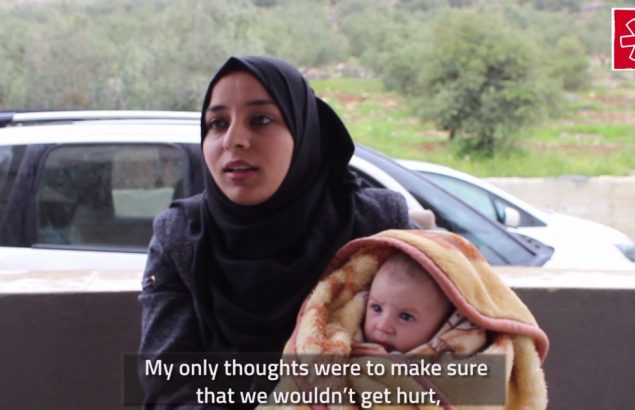 The Settler violence in the West Bank

In the West Bank, settler violence against Palestinian civilians is illustrated almost daily.
On April 14th, a settler attack targeting a Palestinian family was captured on a security camera. Illegal Israeli settlements are often located only hundreds of meters away from Palestinian villages.

In the aftermath of this attack, the teams of Première Urgence Internationale visited the family attacked, and talked to Raja Shehadeh, the young mother that appeared in the video.

Here is her testimony. Watch the interview of Raja:

“After the attack, I was shaking everywhere. I felt weak and nearly collapsed”

In 2018, according to the United Nations OCHA, there were 339 cases of settler violence against palestinians recorded.

Première Urgence Internationale has had a presence in the West Bank since 2002 and implements projects in the north of the territory in order to protect the population.