By continuing to use this site, you agree to the use of cookies. Cookies are used to suggest information based on your browsing patterns and to provide us with information about site usage. For more information and to manage these settings, click here
Home > News > Iraq: Helping people to regain access to basic services 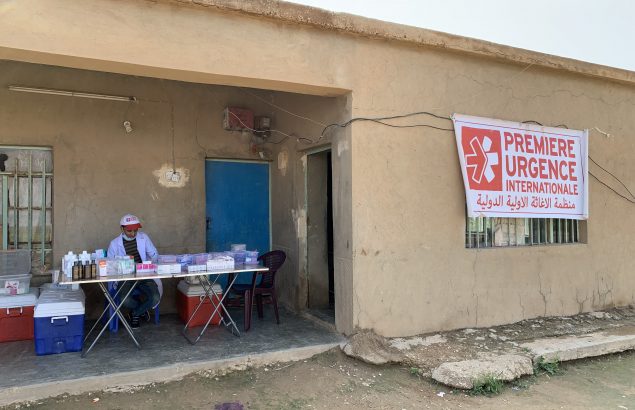 1.2 million people have returned to their villages

The easing of the military situation in Iraq and the relative improvement of the security situation have resulted in the possibility of voluntary returns, particularly in Anbar governorate. This rural, desert region of southwest Iraq, organised around the Euphrates River, has seen the return of some inhabitants. Since the summer of 2015, more than 204,000 families, that is about 1.2 million people, have returned to their home villages.

During the years of conflict, a large majority of the towns and villages of the Anbar suffered bombings or armed attacks. Many homes, schools, health centres, shops and other infrastructures were destroyed or damaged. Some of these buildings were already suffering from a lack of maintenance before the conflict; others were abandoned during the periods of occupation by Islamic State.

Today, humanitarian needs in the Anbar region are linked to the challenges of reconstruction. Rebuilding the villages, but also community ties and living together. Since summer 2018, the NGO has been carrying out a multi-sectoral programme in Anbar province, with the support of USAID/OFDA (1).

Near the Syrian border, on the banks of the Euphrates, the village of Rayhana suffered one of the last offensives of Islamic State in Iraq, in October 2017. The village had been partially destroyed, a victim of aerial raids and artillery on the ground. Today, the area is relatively secure. Première Urgence Internationale is carrying out work to restore 173 houses. The programme includes: electricity, installation of insulating materials, upgrading of floors, reinforcement of doors and windows…

“Restoring these houses allows us to strengthen the people’s safety and ensures their protection,” points out Quentin Assaf, in charge of the Iraq-Syria programme for Première Urgence Internationale. “But it also helps the people to regain their dignity, to feel at home again. This plays a very important role in improving their living conditions.”

Première Urgence Internationale is also carrying out activities in the water and sanitation sector, especially in the village of Obaidi, about ten kilometres from the Syrian border (Al-Ka’im district). “In Obaidi, there are two main water treatment plants, which had originally been built by the Government. Before the conflict, they provided drinking water to the villagers as well as to the Obaidi hospital,” explains Quentin Assaf. But during the years of conflict, the facilities were not maintained and the equipment was stolen. So, before the intervention of Première Urgence Internationale, the water was taken directly from the Euphrates, distributed without treatment, and in a very limited way.  “In short, the distributed water was no longer drinkable and the treatment plants had deteriorated.”

So we had to refurbish the plants, in order to return them to their original capacity. At the beginning of 2019, Première Urgence Internationale carried out work to replace damaged pipes; to replace the pumps; clean and replace the sand filters; refresh the external walls with an epoxy paint… During the first few months the NGO also provided certain materials (chlorine, fuel, etc.) that allowed the plant to function properly, in order to alleviate the financial burden borne by the population.

Between October 2018 and March 2019, the teams worked with 1,079 people across the region. The teams go directly to the villages to provide easy access to the services. They work in places identified in consultation with the local population, where patients can feel comfortable: schools, mosques, private houses, health centres.

Première Urgence Internationale offers psychological and psychosocial consultations, for individuals or families, as well as group sessions, particularly for women, children and adolescents. The teams have also set up a system to refer patients requiring specialist care to regional hospitals where they can receive the appropriate treatment.

(1) All these activities are implemented with the support of the OFDA (The Office of U.S. Foreign Disaster Assistance).