By continuing to use this site, you agree to the use of cookies. Cookies are used to suggest information based on your browsing patterns and to provide us with information about site usage. For more information and to manage these settings, click here
Home > News > RETROSPECTIVE : OUR YEAR 2021 IN 7 KEY EVENTS

Prevention of COVID-19 in Chad, mental health in Ukraine, access to primary health care in Iraq, emergency response to Venezuelan refugees in Colombia, actions carried out after the explosion in the port of Beirut, maintenance of activities in Afghanistan and the Charity Stream… So many events that have marked this year 2021, and in which Première Urgence Internationale’s teams are more than ever committed to bringing its aid to the most

CHAD: PROTECTING THE MOST VULNERABLE POPULATIONS FROM THE IMPACTS OF COVID-19 IN THE HEALTH DISTRICT OF ABÉCHÉ 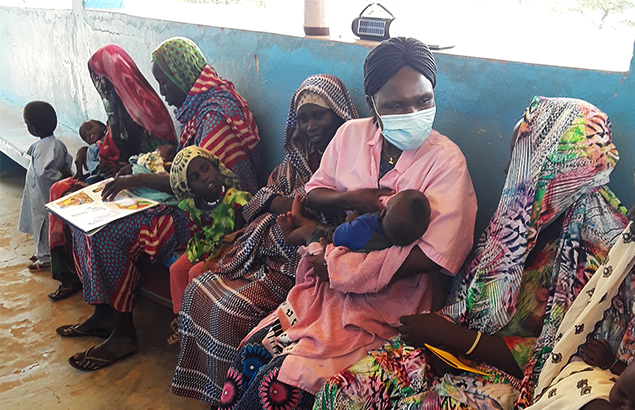 In order to limit the spread of the COVID-19 epidemic in Chad, Première Urgence Internationale‘s teams conducted awareness-raising activities in the district of Abéché.

Our NGO has been present in the country since 2004, working with Sudanese refugees and Chadian populations fleeing the conflict in Darfur.

How can we protect the most vulnerable populations from the impacts of COVID-19 by reducing the risks of spread and transmission? 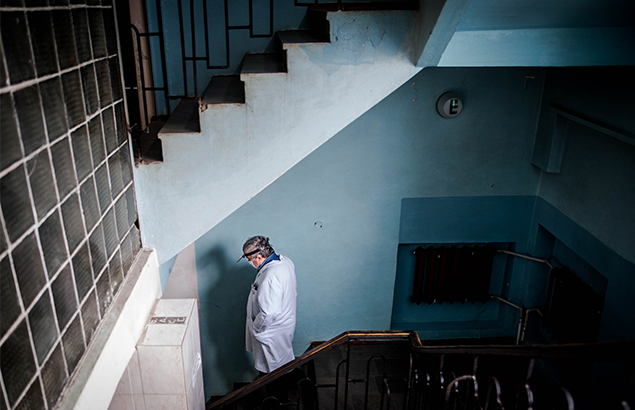 Première Urgence Internationale takes into consideration in its missions the importance of mental health and psychosocial support for populations living in conflict zones. For several years, our NGO has been working in the Donbass mining area.

“The mental health of the population has been extremely affected by the conflict in Eastern Ukraine. This includes both internally displaced persons and people who have remained on the borders of the conflict zones”, explains Mélissa Robichon, psychologist and mental health referent at Première Urgence Internationale.

In the humanitarian context, what consequences can conflicts have on populations ? 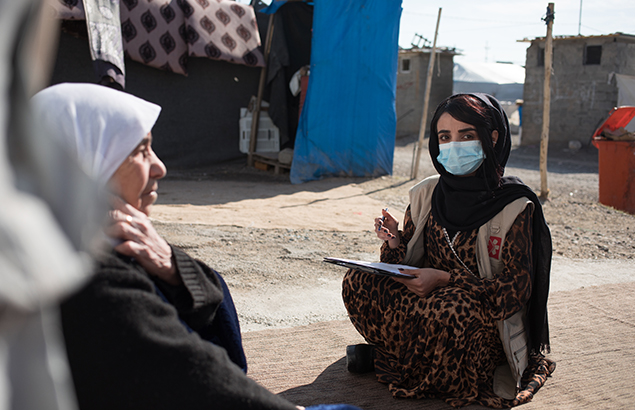 Established in northern Iraq in 2014, the Bersiveh camp brings together displaced populations who have fled the country’s combat zones. Première Urgence Internationale has been present in this camp since October 2020, managing the only health center there and offering primary health care, mental health and psychosocial support services. Our teams ensure the accessibility of this health care for all.

How to enable displaced people to access health care?

COLOMBIA: EMERGENCY RESPONSE OF OUR TEAMS IN THE DEPARTMENT OF ARAUCA 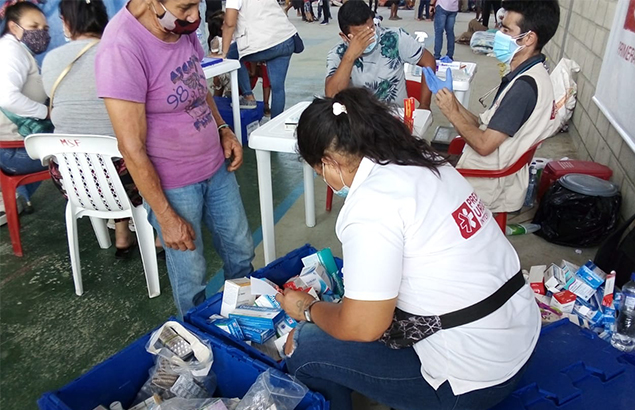 As part of a project aiming to provide quality primary health care, mental health care and psychosocial support to undocumented Venezuelan and Colombian returnees in Arauca, Première Urgence Internationale organized an emergency response to the April migration wave between La Victoria and Arauquita.

How did our teams set up an emergency response to support the displaced population?

LEBANON: ONE YEAR AFTER THE EXPLOSIONS IN BEIRUT, THE HUMANITARIAN SITUATION IN THE COUNTRY REMAINS WORRYING 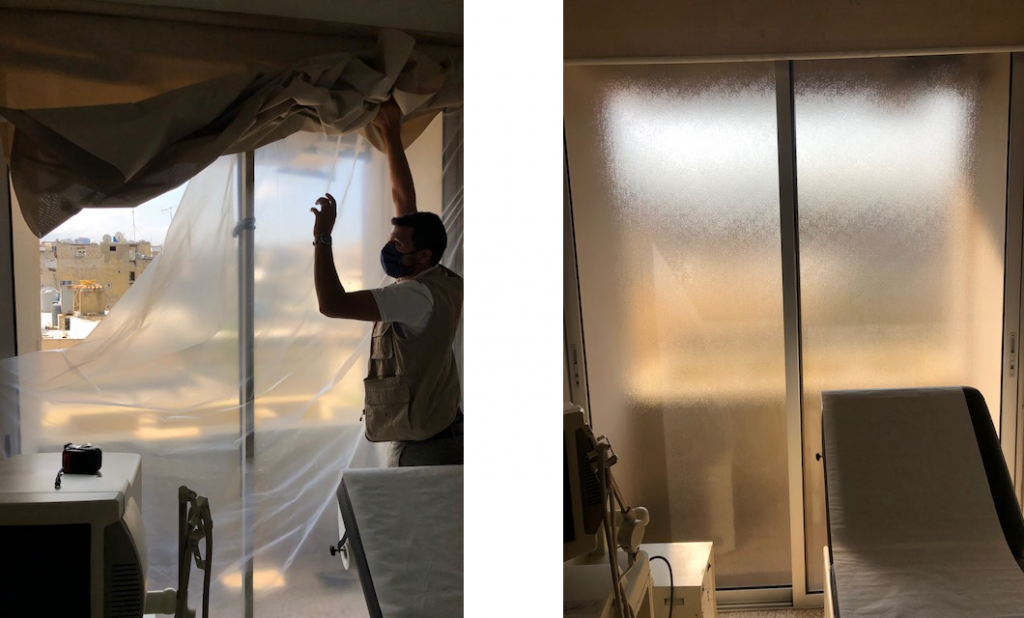 Explosions in a warehouse in the port of Beirut on August 4, 2020, devastated an entire section of the city, killing over 200 people. 350,000 people were left homeless and 7,000 were injured. The entire Première Urgence Internationale team was mobilized to respond to the most urgent needs of the affected populations: more than 20,000 people benefited from this emergency aid.

What actions have been put in place for the affected populations?

The change in power on August 15, 2021, with the entry into Kabul of the Taliban forces of the Islamic Emirate of Afghanistan, must not distract political decision-makers from the need to respond to the most urgent needs of the population. Première Urgence Internationale continues to deploy humanitarian aid to the Afghan population.

How our teams are more than ever engaged to stay and help the population?

GAME IS ON : PREMIÈRE URGENCE INTERNATIONALE ORGANIZES ITS FIRST CHARITY STREAM WITH THE SQUAD FAMILY 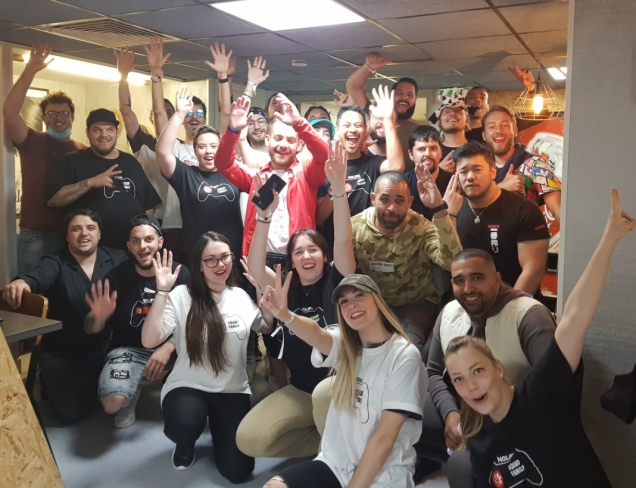 As part of the event, Squad of Humanity, dozens of streamers, from the Squad Family, streamed day and night during a weekend to raise funds for Première Urgence Internationale.

More than 15,000 euros were raised to support our health actions.

How did this first charity streaming marathon on Twitch work out?