By continuing to use this site, you agree to the use of cookies. Cookies are used to suggest information based on your browsing patterns and to provide us with information about site usage. For more information and to manage these settings, click here
Home > News > SABAH IS A YENEMI COMMUNITY HEALTH VOLUNTEER: THANKS TO HER COMMITMENT SHE HAS ENABLED YASMIN AND HER FAMILY TO IMPROVE THEIR LIVING CONDITIONS AND REGAIN SERENITY

SABAH IS A YENEMI COMMUNITY HEALTH VOLUNTEER: THANKS TO HER COMMITMENT SHE HAS ENABLED YASMIN AND HER FAMILY TO IMPROVE THEIR LIVING CONDITIONS AND REGAIN SERENITY

It is estimated that about 75% of the population of Yemen lives in rural areas and more than 70% of them have difficulties in accessing basic health services. Children and women, in particular, suffer from health and nutrition problems and therefore need extensive health care to improve their current critical condition. In such a situation, the development of the Community Health Volunteer system is one of the possible measures to address the health problems of children and women[1].

Yasmin is the fourth child in her family and is a year and a half. Yasmin’s father suffers from extreme poverty and cannot secure enough food for his family. Her mother; Khameesa; is pregnant with another child and is in her seventh month. For this reason, she could less take care of Yasmin and could not complete the 6-month breast-feeding.

Sabah is a Community Health Volunteer (CHV) that intervened in Yasmin family’s life within Première Urgence Internationale intervention funded by The Crisis and Support Center[1] and played an important role in Yasmin’s improvement. She gave health and nutrition advice to her parents and referred Yasmin to Al Qanawis Health Center (HC). The family members started to change their cleanliness habits such as covering dishes, washing hands, they learned how to prepare supplementary food and pay attention to eat healthy food. Sabah used to visit the household on a weekly basis. She became very close to Yasmin’s family, and the parents trusted in her and accepted to follow her advice as they witnessed regular improvement in their daughter’s health, as well as in their own.

On 20th of January 2021, when the nurse at Al Qanawis Health Centre checked Yasmin’s MUAC (Middle-upper Arm circumference) measurement, it had increased from the initial 10 cm to 12.7 cm. On the other side, the mother had better knowledge on child care with regards to nutrition and health sectors. Yasmin’s mother said to Première Urgence Internationale team: ‘’I don’t know how I would have dealt with my children without the CHV and Première Urgence Internationale staff support’’. She is happy and thanking all people who helped her. 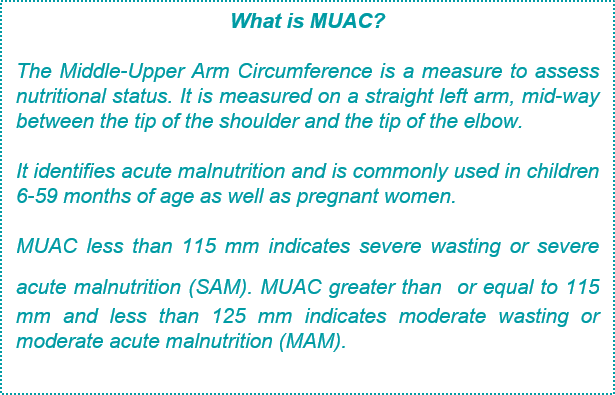 After six years of conflict, the Yemeni children are suffering from severe malnutrition

Since 2020, with the support of The Crisis and Support Center, Première Urgence Internationale has been able to rehabilitate the Al Qanawis Health Centre, improve access to health and nutrition services and develop a network of CHVs capable of reaching the most remote and vulnerable populations of the district. The CHVs are members of the surrounding communities, nominated by the local councils and village leaders in accordance with the criteria of the Ministry of Health, the District Health Office and the HC. In Al Qanawis, all the CHVs are women in order to ease the access to Première Urgence Internationale’s main target group in the area, which are mostly women and children.

The CHVs are trained and conduct awareness sessions on nutrition and good health practices targeting women as children’s principal caregivers with the aim of enhancing their knowledge and resilience to shocks. Ultimately this community-based approach and the sensitization sessions aim to improve women and girls’ access to health services. CHVs also traditionally play a key role in sensitizing male members of the communities on the importance of key health seeking behaviours, as in Yemen they have an essential role in women’s access health facilities CHVs also encourage community members to seek maternity services at the health facility. 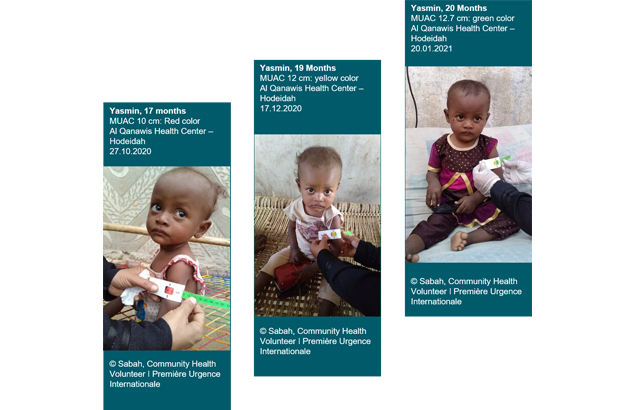 With the support of the French Foreign and European Affairs Ministry.

[2] Ministry of European and Foreign Affairs