By continuing to use this site, you agree to the use of cookies. Cookies are used to suggest information based on your browsing patterns and to provide us with information about site usage. For more information and to manage these settings, click here
Home > News > Rasmiya: “How could I even think about myself?”

Rasmiya: “How could I even think about myself?”

Since early 2018, Première Urgence Internationale in Lebanon is implementing a project aiming at improving access to quality primary health care, community health, and mental health services for Syrian refugees and other vulnerable populations  such as Lebanese, Palestinian refugees and Iraqi refugees.

Première Urgence Internationale has set up a system where refugees and vulnerable Lebanese patients pay a subsidized consultation fee of  1.8 euros and can receive all necessary medical assistance ranging from imaging, diagnostic, laboratory tests to free medications. Rasmiya, a 57 year old Syrian refugee woman is one of these patients. 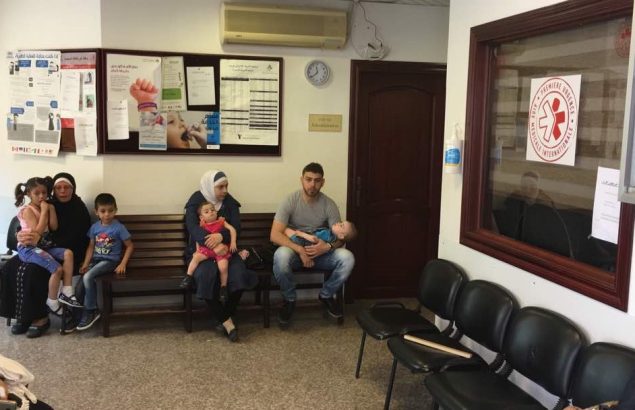 Chiim village, one of the most vulnerable locality in Lebanon

Rasmiya lives in her shelter in Chiim village in Mount Lebanon governorate, one of the most vulnerable locality of the country, where she lives with her husband and their 12 children.

Rasmiya has been suffering from diabetes and hypertension for a long time. However, because of the lack of continuity of health care, her medical condition deteriorated in Lebanon. There, Rasmiya was going to private clinics for consultation or diagnostic services. On average, she needed to save money for about six months to afford the consultation fees, the diagnostic services and the medications. Rasmiya’s husband and all their male children are daily workers, mainly in construction, and as a result the whole family income is very low.

“Each day brought its load of challenges” 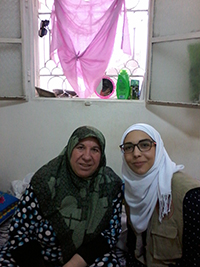 Rasmiya’s problems were so overwhelming that she could not think of her health, nor could she allocate financial resources to take care of herself. “Each day brought its load of challenges. Safety is a problem, having left my homeland is a problem, getting food for my family is a problem, how could I even think about myself?”

Rania, Première Urgence Internationale community health worker, approached Rasmiya and her family while she was mapping the needs of the host and refugee communities living in the area as part of the health project. “Since Rania’s first visit, I started to feel that someone cared about my health”.

The follow-up done by the nurse for cases like Rasmiya’s, who suffers from chronic diseases, includes communication on behavioral changes and continuous monitoring of her hypertension and diabetes for six consecutive months. Through this participatory approach to health education, the nurse stimulates Rasmiya’s intrinsic motivation by eliciting the arguments for changing behavior from Rasmiya herself, so she can change her default behavior towards health-seeking behavior, thus enhancing her food choices and habits, a healthy lifestyle with greater physical activity, etc.

Rasmiya was approached by Première Urgence Internationale in May, and since then she has already gone to the Ketermaya health center twice. She received the needed curative program, and applied for the chronic medication  program that she started to collect as well. Moreover, Rasmiya receives regular visits from the Première Urgence Internationale nurse at her home for a follow-up and health education.

Today, Rasmiya feels better, though she did not yet fully adopt the optimal healthy lifestyle to prevent complications or a relapse.