By continuing to use this site, you agree to the use of cookies. Cookies are used to suggest information based on your browsing patterns and to provide us with information about site usage. For more information and to manage these settings, click here
Home > News > Abir and her crucial role as a community health worker

Abir and her crucial role as a community health worker

Abir is a 32 year old Syrian refugee woman who is working with Première Urgence Internationale as a community health worker in Akkar since three months. 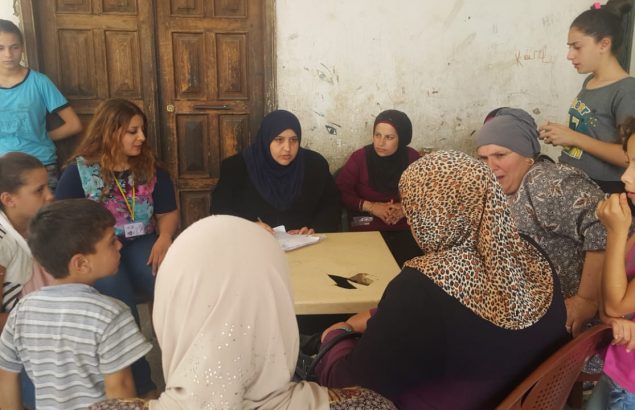 A painful arrival in Lebanon for Abir

Abir settled in the Akkar region of Lebanon with her husband and her two children while fleeing Syria. As a Syrian refugees, she feared that she wouldn’t be accepted in the village, and stopped socializing. She lost confidence not only in people, but also in herself. “As the months passed, I started to feel powerless. I was spending my days at home thinking about my problems and situation, which caused me more apprehension. I started to lack motivation and interest in daily life activities”.

In May 2018, Abir has been identified by Première Urgence Internationale health team to become a community health worker. Her name and others were mentioned by Syrian women from the targeted village. Abir was finally selected based on her capacity and motivation for the role. She participated in various trainings facilitated by Première Urgence Internationale community health team. She learned how to do community mapping and to conduct health awareness group sessions.

A crucial role for the project

Abir’s role as a community health worker is crucial for the success of the project. She conduct surveys in her village and surroundings to understand the demographics and needs of vulnerable inhabitants. Based on the results, Abir conducts awareness sessions to Syrian refugees and Lebanese people staying in her village and its surroundings on different health topics, including hygiene, mother and childcare and communicable diseases. Abir is also responsible of referring patients in need to Première Urgence Internationale supported health centers where they can receive needed health care, with subsidized consultation, laboratory and diagnosis costs for refugees and vulnerable Lebanese. 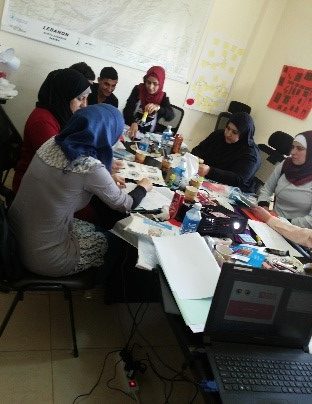 At first, it was not easy for Abir to go around and to identify people in need in the village. She felt hesitant but with our encouragements and big efforts from her side, she succeeded. In two months, Abir became well known in her village. People in the village, both refugees and Lebanese, even began to come visit her directly in her house to ask her about health care and the assistance provided by Première Urgence Internationale. Abir is also meeting many Lebanese women during her home visits who share their experience and problems with her. For the first time since her arrival, she felt welcomed.

Abir’s experience made her confident, independent and motivated. Her family is happy and proud to see people visiting their house to ask for advice. Première Urgence Internationale supports community health workers with a monthly allowance of 200USD. Abir who was not working before feels financially more secure now. She even started to look for a complementary job in order to afford her sick husband’s treatment and to ensure a better future for her children.

Community Health Workers  are a cornerstone of this health project. They are hired from within the local community to enable more effective and trusted outreach in remote areas or informal settlements where many refugees stays, for which access can be logistically and culturally challenging for Première Urgence Internationale health staff. Theyraise awareness on critical health topics to encourage health seeking behaviour and complement the services offered at clinic level, including to the health centers supported by Première Urgence Internationale as part of the project.