By continuing to use this site, you agree to the use of cookies. Cookies are used to suggest information based on your browsing patterns and to provide us with information about site usage. For more information and to manage these settings, click here
Home > Press > [Press statement] Beirut: Première Urgence Internationale deploys medical staff and supports in the rehabilitation

Paris, August 7, 2020 – The deadly explosion that blew up the port of Beirut on Tuesday, August 4th, has dramatic consequences for the populations of Lebanon, already affected by multiple crises. French NGO Première Urgence Internationale is part of the immediate humanitarian response and is mobilizing all its teams and resources to help recover the battered capital. An emergency response is underway on the ground. 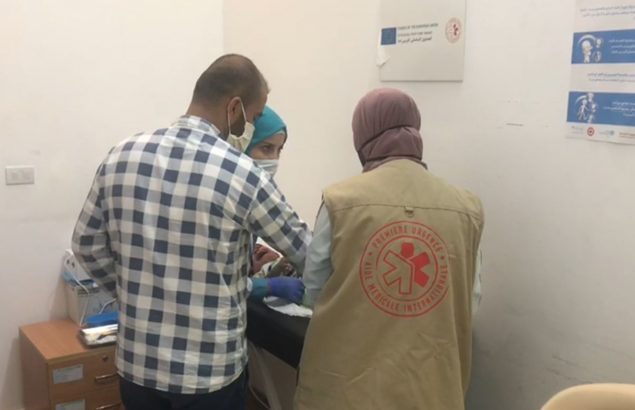 After the double explosion that shook Beirut and its surroundings on Tuesday, August 4, the Lebanese capital is devastated. About 100 residents died, 5,000 others were injured. 300,000 people have seen their homes destroyed and find themselves homeless overnight. Several hospitals, medicine warehouses, grain silos, and other buildings storing essentials were destroyed.

Humanitarian needs have never been higher in this city. This industrial disaster comes on top of the consequences of several years of political and economic crisis, and several months of health crisis linked to the COVID-19 pandemic.

All the medical and non-medical staff of the NGO Première Urgence Internationale are mobilizing to provide a response to the most urgent needs of the affected populations:

Première Urgence Internationale has been working in Lebanon for over 20 years. In several provinces of the country, the teams of the NGO lead projects of access to vital goods and services such as health, water and sanitation, food security or the reconstruction and rehabilitation of housing, for vulnerable Lebanese populations as well as Palestinian and Syrian refugees. For more than two decades, Première Urgence Internationale’s activities in Lebanon have included a major medical component, with in particular a project aimed at improving access to health services for all populations, through technical and financial support to primary health centers of Lebanon.