By continuing to use this site, you agree to the use of cookies. Cookies are used to suggest information based on your browsing patterns and to provide us with information about site usage. For more information and to manage these settings, click here
Home > News > Première Urgence Internationale opens a stabilization center in Yemen

A new stabilisation center has been operational since last December in Western Yemen, aimed at populations suffering from malnutrition. Première Urgence Internationale’s teams were in charge of renovating and improving this center, which serves today more than 16 children per month. 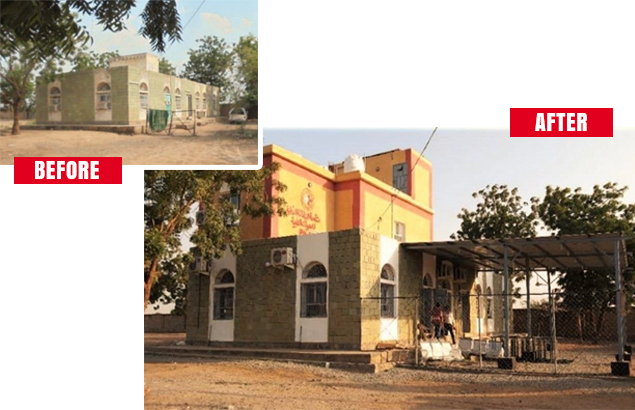 In just a couple of months, Première Urgence Internationale’s teams have ensured the rehabilitation of a nutrition and stabilization center in Yemen, unoccupied until then. It now ensures a key humanitarian response, in a remote region of the country affected by one of the strongest rates of severe acute malnutrition. Al Mighlaf district, as all districts in Hodeidah governorate, has more than a 25% rate of global acute malnutrition. As a comparison, in Sana’a and Aden governorates, this rate reaches respectively 6.5% and 15.5%.

Between October and November 2019, the whole mission of Première Urgence Internationale mobilized and collectively worked to give new life to this building, vacated during the conflict.

The space has first been expanded, with a top-floor arranged and an off-site warehouse affixed to the main building. A roof extension now covers the entrance of the building and protects waiting patients from the sun. The brand new interior of the center now respects hygiene and cleanliness measures, needed for safer health care. Toilets and water fountains have been installed, supplied by water tanks placed on the roof and at the bottom of the building. In terms of energy consumption, all the electrical system is now completely restored. The center is powered by an external generating set, provided by Première Urgence Internationale, and complemented by solar roof panels.

In this brand new center, the inauguration ceremony took place on December, the 31st. The building was officially inaugurated in the presence of authorities, among which governorate representatives as well as senior officials from the Ministry of Health. In light of the success of this rehabilitation, Première Urgence Internationale received express requests from the authorities to support the implementation of other health care units, among which an emergency obstetric department and a reproductive and sexual health department. 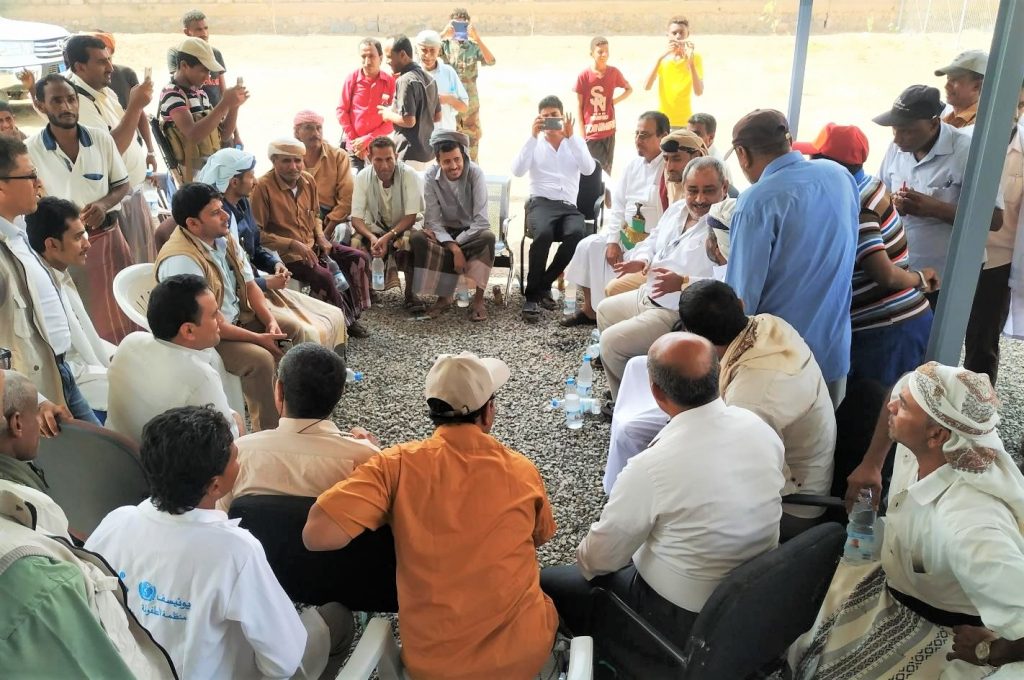 The stabilization center, also known as Therapeutic Nutritional Unit, aims at supporting children under 5 suffering medical complications following severe malnutrition. They benefit from medical facilities and services from the center; and also receive, with their family, nutritional support from Première Urgence Internationale. These families get monthly food-baskets, with 100kg of staple food, during six months. This holistic system facilitates efficient care for children and helps stabilize the households’ food situation, preventing relapses.

Thanks to Première Urgence Internationale’s work, made possible with the financial support of OFDA and DG ECHO, this stabilization center can now host 8 children, plus their accompanying adults. With an average duration of 15 care, this means that more than 16 children can be treated each month.

The fight against malnutrition is a priority for Première Urgence Internationale’s intervention in Yemen. Thanks to support from partners and donors, the NGO has a permanent commitment to support vulnerable populations in the country. But the struggle is far from won. Today, we consider that 3 million children still suffer malnutrition across the country.

You can support our action in Yemen by making a donation. Your donations ensure our freedom of action and allow us to increase our responsiveness.