By continuing to use this site, you agree to the use of cookies. Cookies are used to suggest information based on your browsing patterns and to provide us with information about site usage. For more information and to manage these settings, click here
Home > News > Roya Heydari : “I want to show life in Afghanistan as it happens”

Roya Heydari : “I want to show life in Afghanistan as it happens”

Roya Heydari is a 27-year-old Afghan photographer. Late December, she worked in the field with Première Urgence Internationale and spent two weeks in the Eastern regions, from Nangarhar to Nuristan. She documented the NGO’s activities through a selection of powerful pictures. 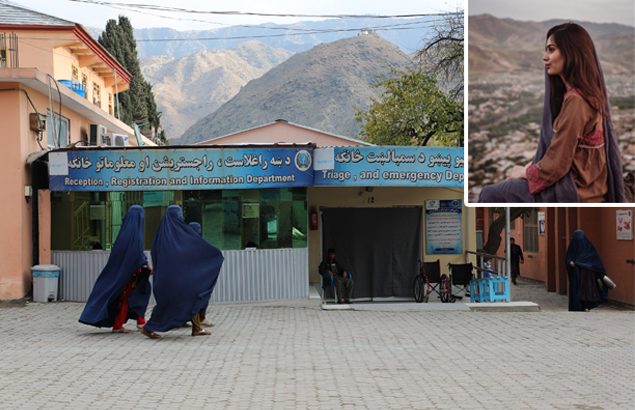 How did you become a photographer?

I started my photography in 2012. I initially wanted to study Political Science, but after a while, I came to the realization that art can be even more powerful than politics. As a refugee, I grew up in another country and what I had heard about my homeland was always negative and bleak. So, I thought the best way to present a new image of Afghanistan and to influence people’s thinking, both inside and outside the country, was through art. This is why I always to post positive images online, I want people to know that Afghanistan is more than what they’ve been told by the media.

How would you describe your style of work?

I work primarily as a documentary photographer, because I want to show the reality of life. I don’t like staging and setting things up, I want to show life in Afghanistan as it happens.

How did you get to work with Première Urgence Internationale?

I applied for Première Urgence Internationale’s assignment because I was always interested in Nangarhar province. Every other time I had been there was only for a short period, so I wanted to spend some actual time in the Eastern zone and see how I would fare in that situation. I also wanted to understand exactly what kind of programs Première Urgence Internationale had in Afghanistan. Previously, I had only seen posts of their activities in the African continent and I wanted to see firsthand the kind of works they do in the East of Afghanistan.

Did you experience some difficulties or challenges during the assignment?

I didn’t face any real difficulties, but the biggest challenge for me was having to wear the chadari (burqa), something I was not accustomed to.

Did you experience unexpected discoveries?

I had never seen so many people in Afghanistan reading. Every rickshaw that I saw, I would see people sitting in the back seat with a book in their hand, some were even reading while the rickshaw was driving on the crowded streets of Jalalabad.

I was also really surprised to see so many people using Pakistani rupees as the currency. I couldn’t believe that in Afghanistan, people would still use a foreign currency. However, I’m glad to know that recently the governor has started to outlaw the use of Pakistani rupees in the province.

Was it easy to photograph people during this assignment?

First, I was very well received. The people of Nangarhar are lovely, they treat their guests very well. In all of Afghanistan, it’s very difficult to photograph women. You really have to earn people’s trust and make them comfortable before you can start to photograph women. But once you are able to establish a bond, then it becomes easier. But it takes time!

Children are always easy to photograph, for the most part, Afghan children love having their photographs taken and looking at the picture once it’s been taken. Sometimes they even stop you and ask to take their pictures if they see you with a camera.

Which picture are you most proud of?

The best photographs are those when a subject really gets into the process and works with you. When they show an interest in how they are photographed and really help you to get the best shot, because they want a good picture too. In Khas Kunar district, there was a woman who allowed me to photograph her face right away. It took so long, but I finally found a woman who was completely open to be photographed from the outset.