By continuing to use this site, you agree to the use of cookies. Cookies are used to suggest information based on your browsing patterns and to provide us with information about site usage. For more information and to manage these settings, click here
Home > News > LIBYA: NEW ACTIVITIES IN PRIMARY HEALTH CARE TO ALKUFRA

Première Urgence Internationale initiated operations in Libya back in 2017. Since last December with the support of DG ECHO, the NGO has expanded its medical activities in the south-eastern area of Alkufra, a remote area located at the border with Egypt, Sudan and Chad. Since the civil war in 2014, the Libya’s healthcare system of this country of 6 million inhabitants has been affected. 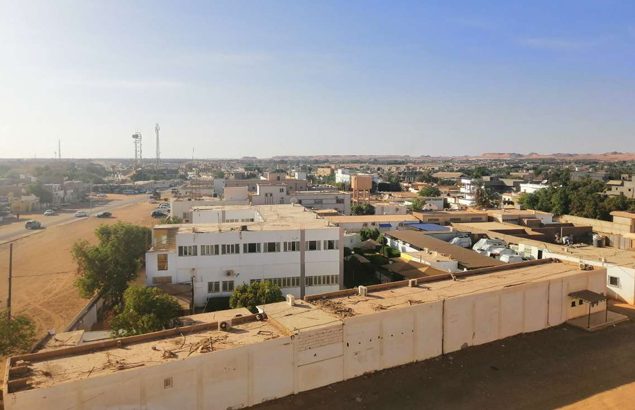 Alkufra hosts around 60,000 people living in several areas and villages scattered in a desert-like area more than 1,000 km away from Benghazi and the main coastal cities. The population in this city has limited access to effective health services. The objective of Première Urgence Internationale is to develop medical and other related activities to improve the access to health care and the quality of services. For this, our intervention is composed by 3 elements:

Moreover, in Alkufra, part of the population faces additional barriers and discrimination in the access to health care. Indeed, the conflict between Arab and the minority non-Arab keeps the community segregated and with no access to health facilities outside of delimited areas. In addition, a notable portion of the population is suspected to be stateless.
“I believe that Libya mission recorded a new success in reaching out for the most vulnerable people in the heart of the Libyan desert” says Bashir Ben Amer, Programme Manager for Première Urgence Internationale.

Première Urgence Internationale has deployed a mobile health team composed by a medical doctor, a nurse, a psychosocial support officer and a community health officer.
They are providing primary health care consisting on general medicine consultations for adults and children, reproductive health consultations for pregnant women and mothers and psychosocial support sessions. In addition to medical treatment, the team delivers sessions to promote health and hygiene good practices to men, women and children.
The team carried out assessments all over the city of Alkufra to prioritise the most critical areas of intervention. It evaluated the available health services, its condition and the vulnerability of the population. Since December, the mobile health team is deployed in six different locations to provide once a week medical consultations.
In parallel to these activities, the mobile team plans to conduct additional assessments to identify uncovered needs and extend its humanitarian response.

In order to facilitate and optimize the work of the mobile health team, the NGO will set up in February 2020 a network of community health workers.
The workers will be volunteers from their own communities that will help in mobilising the community, raising awareness on hygiene and health practices, and performing basic screening and referral activities.
The role of the volunteer will be key in an area like Alkufra, where transportation means are very limited and where distances can be more important compared to the size of the population. Once established, the network will be of much support to facilitate the follow-up of some patients to check their general health condition and the adherence to the prescribed treatment.
At least ten people will be part of the network of community health workers. The team will seek to have a variated profile taking into account gender, age, area of residence, ethnicity and skills.

The most pressing health concerns are related to a lack of human resources, equipment and medicines. Following 2011’s events and subsequent local clashes, many health workers (foreigners, as well as Libyans from coastal cities) left the area, and resources for maintenance and running facilities decreased.
The goal of this action is to strengthen the local health system to reduce its dependency on external support. This component requires a longer-term approach and it is highly participatory with involvement of communities, local leaders and authorities.
In parallel to the medical consultations, Première Urgence Internationale mobile team will work with the managers of the health facilities to provide tailored trainings that will boost the capacity of the health staff on infection control and prevention, patient registration and pharmacy management. 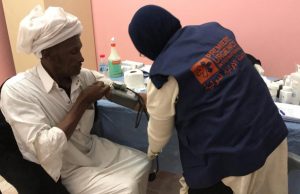 Since the opening of the mission in Alkufra in December 2019, the teams have already treated more than six hundred patients.
The NGO services also include psychosocial support, sexual and reproductive health and identification and referral of gender based-violence cases.
The severity of the humanitarian needs combined with the lack of humanitarian response are the key factors driving Première Urgence Internationale’s interventions.
“Opening the mission of Alkufra is the result of two years of hard work at all levels” explains Bashir Ben Amer.

This project is supported by the European Commission’s Directorate-General for European Civil Protection and Humanitarian Aid Operations (DG ECHO).

You can support the Premiere Urgence Internationale‘s actions in Libya by getting involved, or by making a donation to the NGO. 94% of donations are allocated to our missions in the field and give the right to a tax reduction of 75% of the amount of your donation (within the limit of € 530 and 66% beyond).