By continuing to use this site, you agree to the use of cookies. Cookies are used to suggest information based on your browsing patterns and to provide us with information about site usage. For more information and to manage these settings, click here
Home > News > Afghanistan: 40 years of our intervention exhibited in Kabul

Afghanistan: 40 years of our intervention exhibited in Kabul

In 2020, Première Urgence Internationale marks 40 years of its humanitarian intervention in Afghanistan. A sad anniversary that makes necessary to highlight this humanitarian crisis and the current context in which Afghan civilians live today. From archived pictures, between 1980 and 2020, Première Urgence Internationale made up an exhibition showing four decades of its mission, mainly focused on health and access to basic services. 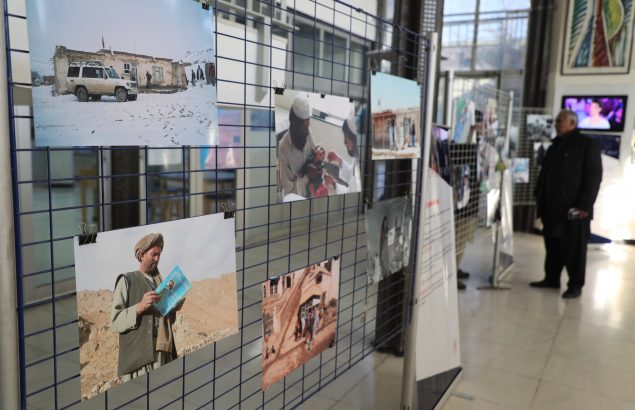 Since the first missions of French doctors in 1980, Première Urgence Internationale – originally known in the country under the name of Aide Médicale Internationale –, never stopped working with the Afghan populations, to respond emergency and contribute improving the healthcare system. Over the years and decades, the field of action always evolved, but the objectives remained the same.

This year, with the occasion of this anniversary, Première Urgence Internationale decided to put back into light its mission in Afghanistan and the context in which it evolves. In January 2020, for the first time, the mission organised an external event in Kabul.

The exhibition « 40 Years of Help » was inaugurated inside the walls of l’Institut français d’Afghanistan (IFA) on Thursday, January the 23rd. It put in perspective four decades of humanitarian mission. From 1980 to 2020, the main dates and events of the mission are highlighted through a selection of archived pictures, showing the evolution of this intervention as well as of the country itself.

The exhibition also shows a serie of recent pictures, taken by the Afghan photographer Roya Heydari. In December 2019, Roya Heydari spent two weeks in the field with Première Urgence Internationale’s teams, in the Eastern regions. She documented all the activities put in place by the mission: from the small mobile health teams to the main urban hospitals, as well as ambulances and trainings sessions. 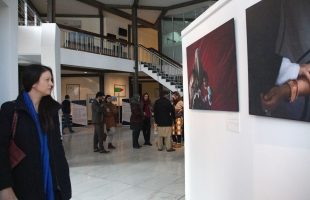 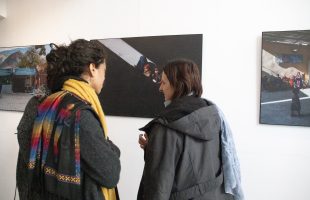 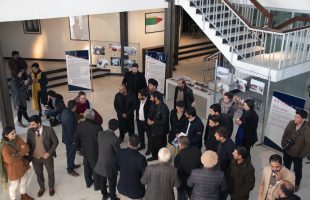 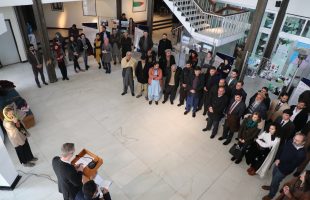 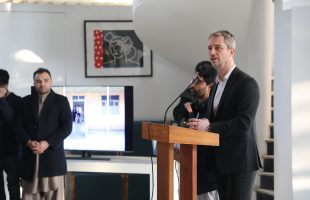 Around 80 people attended the opening event at IFA. This was also the occasion to thank some of the longer-term Afghan staffs, who have been working with the NGO for 20 years or more. « Of course, the main thanks today are going to our teams. All our teams: the ones from today, the ones from previous years. To all these experiences gathered across the decades. The fact that many of you are present today is a great symbol. We are a great family! », Olivier Routeau applauded, Operations Director of the NGO.

French Ambassador David Martinon also paid tribute: « To my French compatriots who have been committed to the Afghan people for so many years, and who are still committing today. Once again, these 40 years of experience underline this confidence which we have been able to gain, campaign after campaign. And it seems to me that this confidence is not diminishing, proof of your extreme efficiency. »

After some days hosted at the IFA, the exhibition is now going to move towards other places in Kabul, before being sent to the other bases of Première Urgence Internationale, in Jalalabad and Asadabad. In the upcoming months, these contents are also going to be exhibited in France to general public. Keep your eyes open!