By continuing to use this site, you agree to the use of cookies. Cookies are used to suggest information based on your browsing patterns and to provide us with information about site usage. For more information and to manage these settings, click here
Home > News > A construction project in Lebanon is overcoming prejudices

A construction project in Lebanon is overcoming prejudices

The town of Tal Meayyan, located in the Akkar governorate of Lebanon, is currently home to 7,000 residents, and is hosting around 2,500 Syrian refugees, according to the United Nations Refugee Agency. Their presence is increasing the economic pressure on a town that has its own structural problems to contend with. 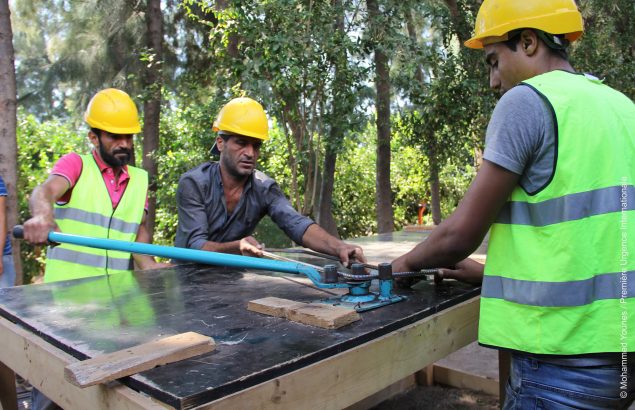 Every winter, the roads around the small town of Tal Meayyan in Akkar, Lebanon, are flooded. The heavy rain causes car accidents and prevents people and vehicles from being able to travel. The majority of the town’s residents work in the agricultural sector, but the irrigation systems do not work properly. 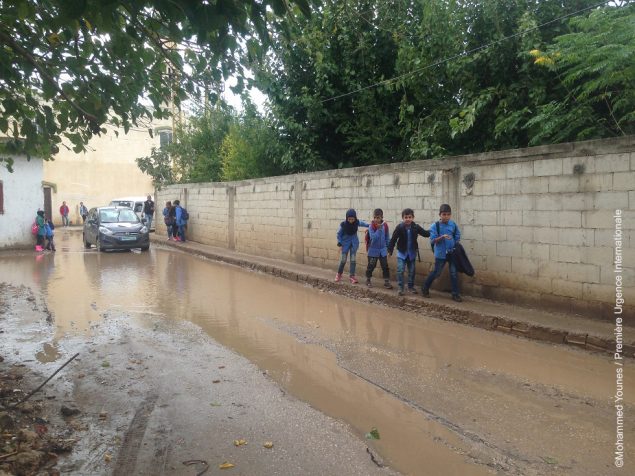 To overcome this situation, Première Urgence Internationale began work in 2017 on a 510-metre irrigation canal built by the residents of Tal Meayyan. Teams recruited a total of 88 people to work five or six days a month for between one and six months. The teams were made up of both Syrian and Lebanese citizens. 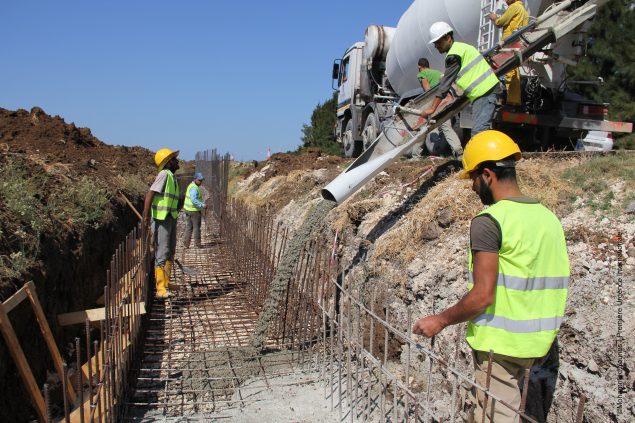 Kalo, a Syrian, can finally “buy warm clothes for his children”

Kalo is 41. He is Syrian, and fled to Lebanon in 2012 with his wife and seven children. The whole family lives in a tent in a makeshift camp in Tal Hayat, a village near Tal Meayyan in Akkar governorate, Lebanon. Kalo has taken part in the project put in place by Première Urgence Internationale since last December. He works on the irrigation canal project, and in return, he receives financial support. “Thanks to the money I receive from Première Urgence Internationale and from the other organisations working here, I can buy warm clothes for my children. I can also pay the rent on our tent.”

“I’m the only person in my family who can work”

Wearing a hi-vis vest and a hard hat, Kalo looks out at the progress that the project has made. He adds: “I’m the only person in my family who can work, and there are nine of us! I take on all the jobs I can find – farming or construction, depending on the seasons. There aren’t a lot of opportunities. When I work, I earn around €10-12 (US$13-15).” Kalo was recruited onto the project six months ago, working one week per month.

Before the war, Kalo worked in Syria on construction sites as a daily labourer. “The new skills I’ve gained mean that I’ll be able to find new opportunities in Lebanon at the end of the project. They’ll also be useful when I go back to Syria.” 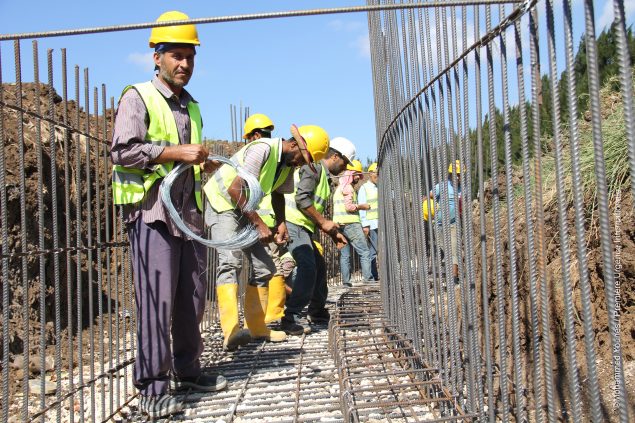 For Tarek, a Lebanese citizen, the project has overcome prejudices

The project supports Syrian refugees but is also aimed at Lebanese citizens who live in the project’s target villages and who are in need. 37-year-old Tarek is one such person. He lives in Tal Meayyan in Akkar governorate, Lebanon, and has been working on the project since the beginning. He currently has two goals: to complete the construction of his apartment above the family home, and to marry his fiancée. But without any source of income, he cannot achieve these aims. There are very few opportunities in Akkar. Tarek normally works during the orange and potato harvests. He receives no financial assistance.

“We’ve realised we have a lot in common”

When he was approached by the Première Urgence Internationale teams, he immediately agreed to take part in the project. “It helps to improve our village’s infrastructure.” With the money he has earned from the project, Tarek has bought the materials he needs to build his home. He adds: “I’ve learned a lot by working alongside Syrians. We both have a lot of prejudices. But by listening to each other, we’ve realised we have a lot in common.”

The project is also intended to alleviate any potential tension between Syrian refugees and the Lebanese host population in a country that is under significant economic strain.

Project financed with the support of the World Food Programme