By continuing to use this site, you agree to the use of cookies. Cookies are used to suggest information based on your browsing patterns and to provide us with information about site usage. For more information and to manage these settings, click here
Home > HR news > ‟I wanted to go to Afghanistan”

‟I wanted to go to Afghanistan”

Manasi is a 31 years old women working for Première Urgence Internationale as Deputy Field Coordinator dedicated to Programs for the Afghanistan mission. During a conversation she had with Jeanne HUTIN, HR Officer based at the headquarters of the organization, she explained how this experience in Afghanistan has been meaningful both personally and professionally. 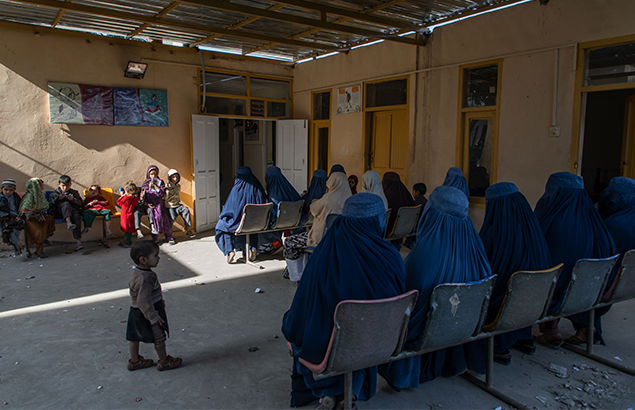 From India to France

Manasi was graduated in India with a Bachelor of Law and started working with her father in the travel and tourism industry. She was simultaneously teaching French and Spanish schools before she decided to apply for a Masters in France.

Manasi :“I got the opportunity of teaching English in France, this is how I went to France a first time. I found this interesting masters in International Humanitarian Law in Aix-en-Provence, I applied, got in and did the masters. As this training is quite well known in the humanitarian sector, getting an internship in that field was not very difficult.”

Jeanne Hutin (JH): “How did you know about Première Urgence Internationale?”

M: “During the masters we had a five day seminar with the Head of the Technical Department of Première Urgence Internationale. I knew that this NGO gives students the opportunity to go into the field once they have completed their internship, and this is exactly what I was looking for. After a first internship within Logistics Service of another NGO, I was convinced I wanted to focus on programs, so I did my second internship with Première Urgence Internationale in the Middle-East Desk. After six months, I passed the technical validation for the position of Grants Officer.”

After joining the internal roster, Manasi waited a few months before a Grants Officer position became available. It was for a one-year mission in Afghanistan. Manasi got the job and flew to Kabul.

“I wanted to go to Afghanistan”

M: “I was very happy. I don’t know… I’ve always been curious about this country, especially since I remember reading about the bombing of Buddhist of Bamiyan in 2000, and since then I have always wanted to go there.

I was quite excited to go to Afghanistan. Somehow it felt really close to home. I feel like the north of India is a bit similar to Afghanistan and I can also understand the culture, it is a lot more evident to me than for someone who comes from Europe for example, because it is a lot closer to India than Europe. And I think that I can also understand how a European could see it, because I’ve been in France more than six years… For me it is interesting to see these differences also, especially when it comes to women, and also in work it is quite useful to have all these perspectives.”

When Manasi went to Afghanistan the security situation was not that bad. Arrived in October 2019 she was able to go several times to Jalalabad and to Asadabadastern province of Afghanistan where Première Urgence Internationale has been working for more than 40 years. For Manasi, going to the field gives a better understanding of the culture: “You understand how people work, how is their style of work, what are the social rules. The interactions with the team are much easier. In Jalalabad, you see the women all covered, and many of them don’t even talk to men.”

A challenging experience both personally and professionally

Working in Afghanistan for two years is not easy. Barely 5 months after her arrival in Afghanistan, the world is hit by the Covid-19 pandemic. This is the beginning of an unprecedented period that will require a lot of adaptation.

M: “We were stuck in Kabul for six months. It was like a prison because we couldn’t go out, we couldn’t walk outside, there were no flights… We were just in one house for six months, seeing the same people every day, the same days are repeating again and again. Psychologically it is not easy at all to work with the same people and spend weekends together, but it was still fine because the colleagues were very nice, and we became like a family. That is one thing that I really love about Première Urgence Internationale: It is a very good team. Even though there’s a lot of work, I think I was still very excited to continue working because the team has always been great.”

In a very risky context like in Afghanistan humanitarian workers are prepared to face any kind of unsecure situation. “Once, we were going outside and suddenly the team decided to turn back around: the travel has been canceled because of an explosion happening nearby. We could see the smoke coming up. Your movements can get canceled at the very last minute. It is very frustrating.”

In September 2020 Manasi was evacuated for security reasons as well as other colleagues, when she finished her mission as Grants Officer. Moving to the position of Program Manager, she had to find a way to stay connected and closed to the national team despite working remotely from France and India.

M: “Hopefully, I had already met the teams before working in remote, which made it easier to maintain the connection. Being a woman was an asset to keep contact with female staff, as often women do not report to their male managers. I think it is a good approach to have one male and one female for the field coordination. Especially on this mission.”

JH: “A few months after returning to Afghanistan, you had the opportunity to gain more responsibility within the mission… as a Deputy Field Coordinator. Having three different positions at the same mission did it help you?”

M: “Definitely. I think I can understand where the challenges can come from, what might be the hurdles in implementing something, if an activity is possible or not. Because sometimes someone proposes an idea which sounds amazing, but being for so long on this mission, I can tell if it is possible or not.

In general, what I loved was the team; I got along well with almost everyone from the team. I would not have been able to handle so much work without having such a good team. There is really a lot of work, but in spite of everything that happened, I was still excited to work on this mission… People are really amazing; whatever they say, they say it from their heart. They have a lot of faith, which is very impressive. In spite of everything, they are always smiling, and I do not understand how they do it. I really have a lot of respect for that. That is why I really love working on this mission. The beautiful country and the people.” 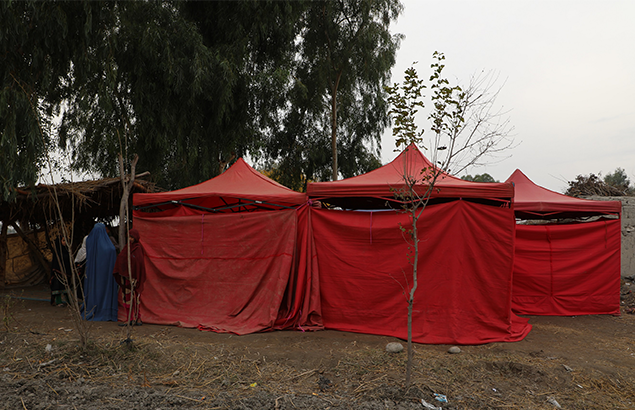 On 15 August 2021, the Islamic Emirate of Afghanistan (IEA) takes power in Kabul, a new chapter opens with its share of uncertainty

M: “There was a lot of conflict in the East. It started with Laghman; Jalalabad was comparatively okay at that time. In Laghman, there was a conflict between the Afghan national army and the IEA forces to take control of several districts. No one expected the provinces to fall so fast. The provinces fell very quickly, and Kabul was under the IEA control within a matter of a few weeks, it was quite shocking. Even the US forces did not expect the fall of Kabul so quickly. As an external person it was a shock to me, so I cannot imagine for the people – especially women -, to what extend it shocked them.

After that, there was a few weeks of uncertainty because there was a sudden transfer of power, nothing was stable, people were very confused about what would happen. The staff was quite stressed for those last three/four weeks. Now I think they are doing better.”

JH: “Première Urgence Internationale decided to stay and deliver aid in Afghanistan despite this change of power, what did you think about this positioning?

M: “Yes, our activities were suspended for one day during the transfer of power, but otherwise none of the programs were interrupted.

As a health organization, Première Urgence Internationale has quite high levels of acceptance, we have been present in the east for forty years, so it is impressive how almost everyone knows about the organization in the east, so it was never a big problem for us. It is why I really do think Première Urgence Internationale is legitimate to position itself on this crisis, as we have the expertise and acceptance in the region. We have always clarified our activities to authorities, even when we need women to participate in our activities, we clarify why it is needed. We coordinate with the authorities in advance, and for now we have not had any problems.”

During the period of active armed conflict in eastern provinces the Mobile Health Team of Première Urgence Internationale had to adapt the activities accordingly to the security situation. At that time nobody had an idea for how long the conflict will continue. When the new government came in power the security context has been stabilized in many provinces.

The new challenges were more about how to send money to the mission as the entire banking system was paralyzed, international supply chains were no longer possible due to the suspension of commercial flights and sanctions imposed to the new government. The biggest impact for the teams was the lack of medicines, essential for health activities on the ground.

Today, there is no active conflict, “but we have to coordinate a lot more if we want to do household surveys, if we want women to participate in any survey or if we want implement activities only for women… it requires a lot more dialogue with the authorities.”

JH: “Coming back to your career path: you have been on Afghanistan mission for almost two years. What do you see in your future? What could be your next purpose?

M: “Maybe later I will get bored of programs and change to something else, but right now I am really interested in programs.

I have been on this mission for two years, but the role that I played has constantly been evolving. Whenever I thought that the learning graph was becoming stable, I changed position and I started learning again. And now, even though it has been five months almost as Deputy Field Coordinator, I am still learning because the mission is really expanding and there are a lot of things to take position on, so it is an interesting phase to be a part of this mission.

I am still happy continuing what I do. In spite of being tired, I still love the work. I think Première Urgence Internationale does quite a good job in the East “