By continuing to use this site, you agree to the use of cookies. Cookies are used to suggest information based on your browsing patterns and to provide us with information about site usage. For more information and to manage these settings, click here
Home > News > Niger : Première Urgence Internationale deploys an emergency response in the city of Gaya

Niger : Première Urgence Internationale deploys an emergency response in the city of Gaya

At the heart of the Sahelian crisis, Niger is currently facing a gradual deterioration in the security situation, which is affecting the population. The Dosso region, which until now has been unaffected by the actions of armed opposition groups, is gradually becoming involved in the conflict. In December 2021, several hundred Nigerien fishermen living in Burkina Faso and Benin abandoned their homes because of the pressure from the Beninese army and the Armed Forces of Burkina Faso, and found refuge in the department of Gaya, in the south of the Dosso region. Première Urgence Internationale conducted a rapid response action with the displaced populations to deal with the urgent health needs. 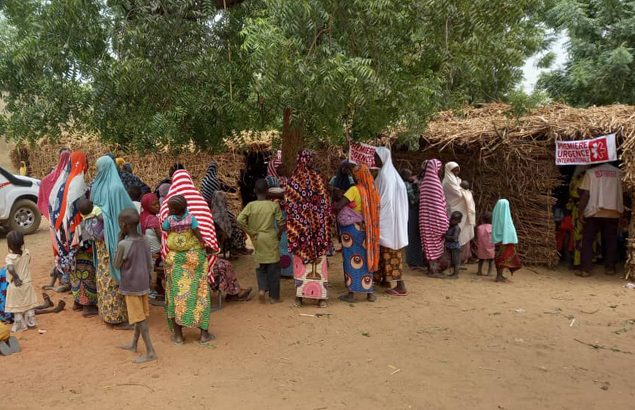 Gradual deterioration of the security situation in Niger

Niger is at the heart of the Sahelian crisis, which also affects Mali, Burkina Faso, Nigeria and recently Benin. Already plagued by community tensions and territories with little control by central states, the Sahara and Sahel zone has been greatly destabilized since 2012 by multiple political and security crisis, including the rapid circulation of radical armed opposition groups (RAOG). The epicenter of the crisis is now focused on the so-called “three borders” region between Mali, Niger and Burkina Faso.

Niger is currently torn between several fronts, especially in the regions of Tillabéri, Tahoua and Diffa, and particularly in the border areas with Burkina Faso, Mali and Nigeria. Until recently, some areas, such as Agadez, Dosso, and Zinder, were still unaffected from radical armed opposition groups and attacks on local communities, but the population is now facing a significant deterioration in the security situation : cattle rustling, kidnappings and assassinations have become the daily routine for some Nigeriens, exacerbating poverty, while nearly 45% of the country’s population lives below the poverty line.

The Dosso region is now witnessing the deterioration in security and the gradual shift of the conflict to areas that were previously unaffected.

At the end of December 2021, several hundred Nigerien fishermen and their families, who had been living in the border area between Burkina Faso, Benin, and Niger for several years, abandoned their Burkinabe village to find refuge in the rural communities of Gatwani and Tounouga in the prefecture of Gaya, in Niger.

On December 2, a Beninese military position was attacked by radical armed opposition groups. The Beninese army and the Armed Forces of Burkina Faso reinforced their security arrangements and issued an ultimatum : Nigerien fishermen, accused of complicity with armed groups, were to leave their villages. Abandoning their possessions, the families took refuge in the Gaya department.

“Heavy gunfire was heard throughout the night and did not allow us to sleep at all the night before we left. The main road that everyone used was barricaded and the next day the Beninese army started to arrest all the Nigeriens who live in Burkina Faso because they thought we were accomplices. That is why we fled immediately, even before the end of the ultimatum they had given us.”, says Hassane, a 75-year-old displaced person, met by Première Urgence Internationale teams.

Regional and departmental health authorities alerted humanitarian actors to the urgent needs of displaced populations. Numerous cases of diarrhea and acute respiratory infections have been reported, exacerbated by the low temperatures of the cold season. However, emergency response mechanisms to provide assistance in a timely manner are not well established in the Dosso region, which has been unaffected from population movements until now.

“Before the NGO’s intervention, health care was not free for us, even though we were living in difficult conditions and had left our entire lives there. When we were sick, we used traditional treatments,” explains Hassane.

Emergency response in the city of Gaya to health needs

As a health actor, Première Urgence Internationale has acquired experience in emergency responses in the country. The organization has decided to respond to immediate health needs in the context of a crisis that is little publicized and forgotten. The Première Urgence Internationale mobile clinic team, composed of doctors, midwives, nurses and community mobilizers, went to the department of Gaya on December 31st, less than a week after the arrival of the displaced.

The doctor and nurse provided free health care to more than 200 displaced people, supplying the necessary and appropriate medicines. The midwife assisted 38 women, pregnant or seeking information and assistance regarding family planning.

“Several families have found refuge in neighboring villages, but these displaced families have still come to the mobile clinic of Première Urgence Internationale,” reports Dr. Taher, our Health Program Manager. 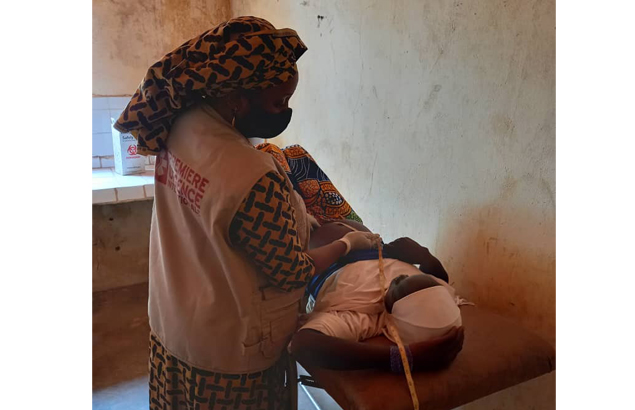 The Première Urgence Internationale team also conducted a detection campaign of malnutrition among children under the age of 5 : malnutrition makes children more vulnerable to diseases and limits their physical and intellectual development. The campaign carried out by our NGO allowed us to detect 20 cases of acute malnutrition among the displaced population and all the children were referred to public health facilities treating malnutrition.

“These people lived from fishing. They had no resources left after their displacement, so we can expect many cases of malnutrition in the weeks to come,” said the doctor from the Mobile Clinic of Première Urgence Internationale. 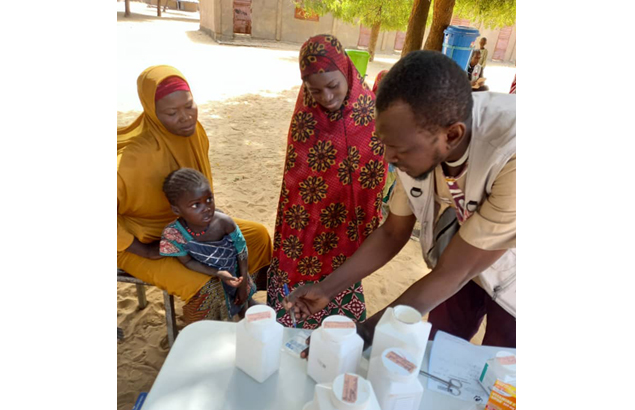 Première Urgence Internationale’s community mobilizer organized awareness sessions on good health and hygiene practices, including the use of health services, the use of mosquito nets and the risks related to COVID-19, for 290 people. These events are necessary for the detection and rapid management of patients and to reduce the risk of mortality in already vulnerable populations.

“We are very grateful to Première Urgence Internationale, my child who had been suffering from fever and diarrhea for five days was treated for free ! ” said a young mother present at the interview. 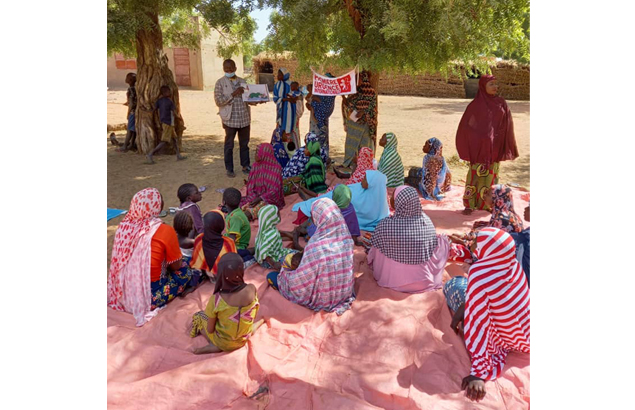 
This project was carried out with the support of the Crisis and Support Centre.