By continuing to use this site, you agree to the use of cookies. Cookies are used to suggest information based on your browsing patterns and to provide us with information about site usage. For more information and to manage these settings, click here
Home > News > ‘WE DON’T KNOW WHAT WILL HAPPEN AND IT ALL DEPENDS ON A POLITICAL RESOLUTION’

Ben Gates has been working as a protection expert in the occupied Palestinian territory for the last nine months. His main task has been to support Première Urgence Internationale’s work in this area. It’s a challenge in a country where the political context has an immediate impact on Palestinians’ humanitarian situation. 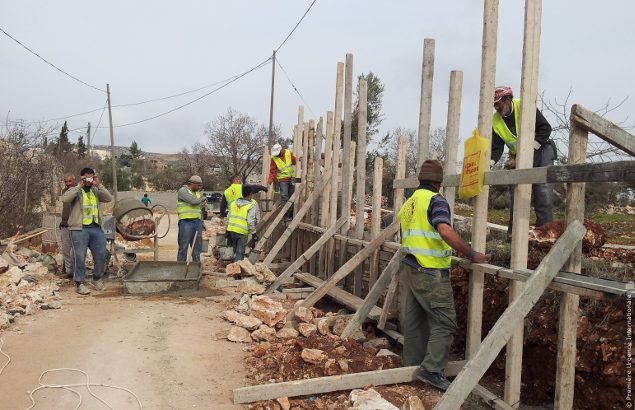 THE HUMANITARIAN SITUATION IN PALESTINE: A POLITICAL CHALLENGE

‘I spent 4 years in Myanmar, where geopolitical issues have an impact on people’s living conditions, but in a completely different way than in the occupied Palestinian territory. In fact, the humanitarian situation in Palestine is directly linked to the political context. It isn’t our usual kind of environment. The 50 years of Israeli military occupation bring about human rights violations on a daily basis. For example, there is water in the country but in certain areas, people do not have free access to it. They are prevented from reaching water points, which have sometimes been seized from them.  These access problems also apply to agricultural land. Some farmers have been physically blocked from reaching their own land, by settlers or the Israeli army. They can be stopped physically, even sometimes using violence. It can be seen as a form of harassment and intimidation.

Première Urgence Internationale is working to improve the humanitarian situation in Palestine. We are working with communities to help the people concerned regain access to their property as well as independence. But it is an arduous task. It can be the case that what we achieve one day in a village can be damaged or destroyed by settlers or seized by the Israeli army the next day. It is a long-term problem. We don’t know what will happen and it all depends on a political resolution. We have to take this problem into account with our programmes. 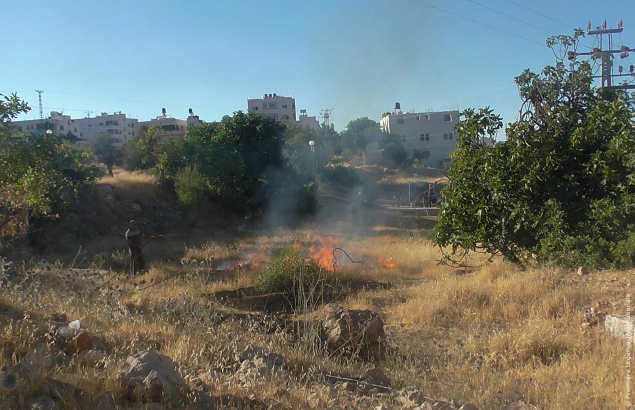 A PROTECTION OFFICER TO IMPROVE THE HUMANITARIAN RESPONSE

My role as protection officer has been to advise on implementing the most effective response possible in this context. Based in Ramallah, I often visited the Première Urgence Internationale offices in Gaza and Nablus to work with the field teams. I collect field data, analyse the situation, meet different stakeholders and other organisations in the areas and the communities. I then make an evaluation and offer advice. I had one main objective in mind throughout my work there: to improve the humanitarian situation in Palestine. The aim is for them to get free access to their land, to water, to electricity.

I am very impressed by Première Urgence Internationale’s work in the country. The teams in the Gaza Strip are working in the Access Restricted Area (ARA), land where Palestinians’ freedom of movement is limited by the Israeli government. It is a dangerous area where it is difficult to work. Première Urgence Internationale has been working there on a daily basis, thanks to the support of communities, since 2009. We are well accepted. Now, we must reach more people. This is the next objective, no matter what the country’s situation is.’