By continuing to use this site, you agree to the use of cookies. Cookies are used to suggest information based on your browsing patterns and to provide us with information about site usage. For more information and to manage these settings, click here
Home > News > « We must take action for this neglected area »

« We must take action for this neglected area »

The Ouaddai region is located in eastern Chad, on the border with Sudan. Many basic services are missing in this remote and forgotten region. Première Urgence Internationale has been working in this area since 2004. The humanitarian needs are worrying. Moussa Sogoba, field coordinator in Hadjer Hadid, talks about the importance of taking actions in this forgotten area. 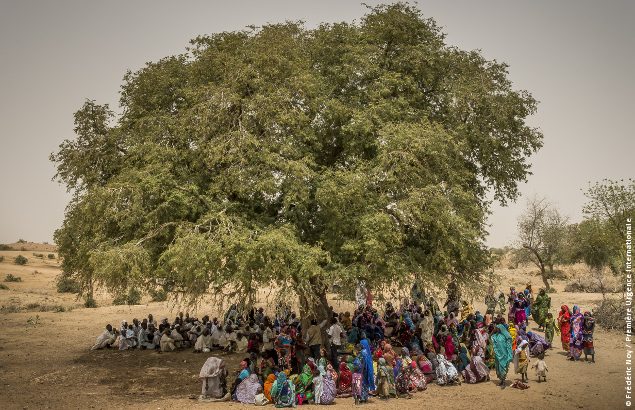 Which populations benefit from the humanitarian aid you bring to the area?

“The Ouaddaï region is the region with the most vulnerable populations in Chad. The waves of violence in the neighbouring Darfur region in Sudan led to a massive influx of refugees in 2004 and 2005. In the department of Assoungha, for example, refugees settled in two large refugee camps: Brédjing and Tréguine. But many refugees have also settled and integrated directly into local communities. This influx of refugees put a lot of pressure on the resources of a region that already had few. Today, 300,000 people are still taking refuge in the East and even the host communities are in a situation of need.

Première Urgence Internationale has decided to carry out activities geared primarily to host populations, in coordination with other actors working with refugees. We have developed activities in the health and nutrition sector and also in economic support. For this, we collaborate with local economic interest groups that we train and who will then develop activities, at the service of the community, such as market gardening for example.

What are the needs of these populations?

Local people need everything. For example, for agriculture, they often do not consume food where it is produced because they do not have access to it. Access to food is very uneven. This is why, unfortunately, we encounter many cases of malnutrition. This is one of the major diseases we are working on. It is a question of detecting it, treating it, and especially putting in place prevention.

In addition, instability in the region also weighs heavily on access to food. Intercommunity crimes characterised by armed robbery, or conflicts between farmers and breeders linked to animals that destroy fields are sources of recurring tensions.

The problems are multiple and accumulating. The pressure due to the influx of population, the instability of the region, the moribund economy, the lack of access roads, climate change are all elements that make the area and the populations all the more vulnerable.

How does the situation affect the environment? 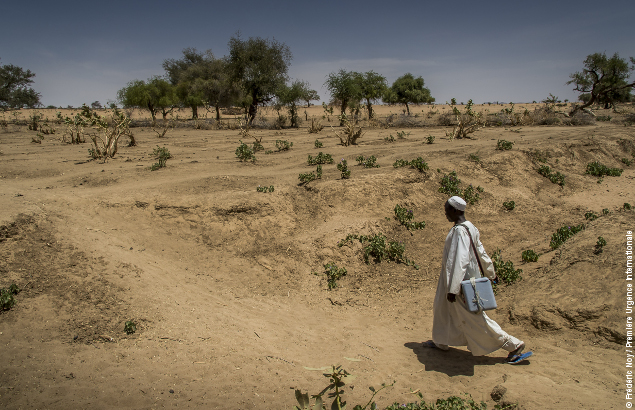 On the one hand, human beings and their activities exert pressure on the vegetation. Livestock is growing and the number of cattle heads is increasing, which means that cultivation spaces are shrinking, water points are becoming scarce and soils are degrading. The management of natural assets has become very difficult and is a source of additional tension.

On the other hand, the number of people is increasing and water is also becoming a crucial issue. Access to water and safe drinking water is difficult for some populations. We must protect the water points that are under a lot of pressure, especially from agriculture.

The Ouaddaï Region has many challenges to face before considering a sustainable recovery. From this point of view, humanitarian interventions remain indispensable for the moment, even if this region is not in the media spotlight.

On a more personal note, how do you feel about this mission?

I am satisfied with this mission and what we have built together with the teams and the populations. We benefit from a good acceptance in the area which is always important for our work. I hope, in the future, that we will be able to develop our activities in other areas according to the needs and resources. I think our presence is more than relevant. We are practically the only international humanitarian NGO to intervene in this neglected area. “