By continuing to use this site, you agree to the use of cookies. Cookies are used to suggest information based on your browsing patterns and to provide us with information about site usage. For more information and to manage these settings, click here
Home > News > FIGHTING THE CHOLERA EPIDEMIC IN YEMEN

FIGHTING THE CHOLERA EPIDEMIC IN YEMEN 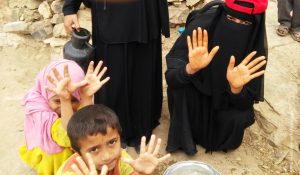 In October 2016, a cholera epidemic was declared in Yemen. It is spreading in a country already suffering from the disastrous effects of a conflict which has resulted in 10,000 deaths after 22 months of fighting. Première Urgence Internationale is working to prevent it and treat the patients.

On the 11th January 2017, more than 15,000 suspected cholera cases were reported in 156 districts of Yemen. A major health risk has been added to the many direct consequences of the conflict, which is now plunging more than 18.8 million people into need, in other words 70% of the population. The impact of this crisis, with the breakdown of the public health system, the loss of sources of income, undernutrition and lack of access to drinking water and sanitation services, has led to the development of the cholera epidemic that is raging now.

Since the end of November, Première Urgence Internationale teams have been setting up an emergency cholera response in the governorate of Raymah in the west of the country.

“Our teams have succeeded in doing all they can to set up a suitable response with the support of other humanitarian stakeholders in the area. Coordinated work is necessary to tackle a situation like this’” explains Aurélien Descieux Read, Première Urgence Internationale’s Yemen mission programme coordinator. 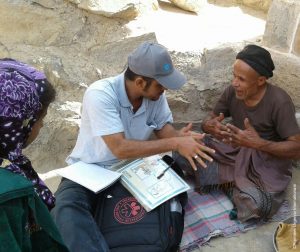 In Yemen, the humanitarian situation is going downhill day by day. Half the population have now reached a situation of food insecurity. Première Urgence Internationale has been working in the country since 2007 and is concentrating its response to prevent and treat malnutrition. 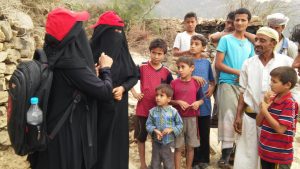