By continuing to use this site, you agree to the use of cookies. Cookies are used to suggest information based on your browsing patterns and to provide us with information about site usage. For more information and to manage these settings, click here
Home > News > Fight the cold winter with the kit distribution

Fight the cold winter with the kit distribution

In the majority of countries where Première Urgence Internationale takes action, winter season starts in November and snow and extremely cold weather conditions arrive in December. These conditions will continue until March and, in some places, also in April, like in Lebanon. Première Urgence Internationale develops its specific projects to help people go through the cold season. 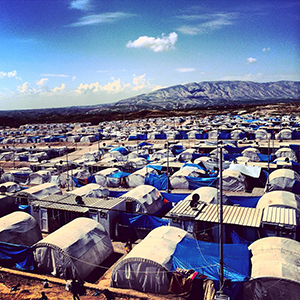 On the 13th of January, during a press conference in Geneva, UNHCR has alerted European institutions about its concerns by reporting that several refugees and migrants had lost their lives trying to enter or moving across Europe, due to the freezing weather.

The United Nations High Commissioner for Human Rights, reminded that thousands of refugees, from Syria, Afghanistan and Iraq, take every day the Western Balkan route, trying to make their way towards north and west Europe:

« Various refugees and migrants have lost their lives trying to enter or to move across Europe, five as per now since the beginning of the year, due to the freezing weather ».

According to Frontex, the number of people on the Balkan Route continues to rise and these people come mainly from Iraq and Afghanistan. 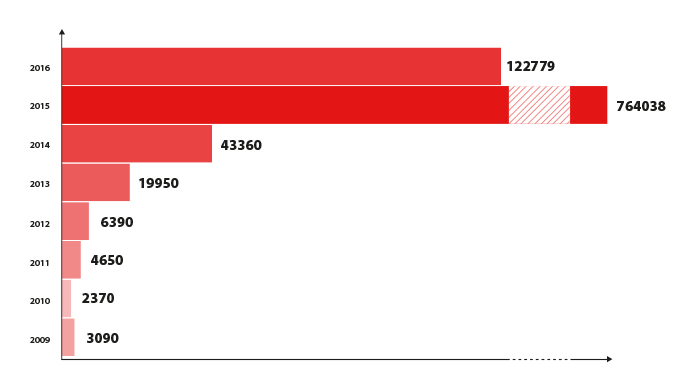 When refugees and migrants start to face the exhil route, they have to confront themselves with very difficult situations, harshened by the tough winter conditions.

In order to respond to these circumstances, every year in November, Première Urgence Internationale launches in the areas of migratory flow specific projects of “winterization”.

These activities include the distribution of items such as blankets, quilts, kerosene, heating stoves, jerry cans, as well as thermal floor mats and insulation to make tents warmer and more resistant to hard winter conditions.

Different needs depending on drop-in center

Needs are not the same for all refugees or migrants. In fact, some people live in camps and others in abandoned buildings.

In the first case, a “simple kit” is sufficient, like the distribution that Première Urgence Internationale did in Iraq. In those kits you could find blankets and mattress.

In Lebanon, where people are in uninhabited buildings, our equips distribute “complex kits”, composed by construction tools, wood and material to isolate and protect from the outside temperatures.

In Palestine, in 2016, Première Urgence Internationale, distributed 250 winter kits. Every kit had in it 4 blankets, 1 mattress, a 5 kg gas cylinder to cook and nylon to protect roofs and doors.

In Jordan, Première Urgence Internationale, helped the population, through a project of cash assistance, which gave the opportunity to assist people with some liquidity to cover primary needs.

« Household expenses double with fuel fees, clothes and heating. We need to prepare ourselves for the arrival of the winter season. Thanks to the support of Première Urgence Internationale, we had the possibility to buy an electric heater and new clothes for the children ».

In all these countries, Première Urgence Internationale, continually gets into action to help refugees, displaced people, which live in tents and in makeshift accommodations, in difficult conditions that get significantly worse during winter season.