By continuing to use this site, you agree to the use of cookies. Cookies are used to suggest information based on your browsing patterns and to provide us with information about site usage. For more information and to manage these settings, click here
Home > News > Famine at the doorstep of Nigeria

Famine at the doorstep of Nigeria

In the north-east of Nigeria, the humanitarian situation is extremely preoccupying. In the Borno state, the population is sinking into a food crisis that could evolve into a famine situation. While Première Urgence Internationale intervenes in Maiduguri, the capital of the Borno state, since April 2016, the NGO issues a warning about the emergency of the situation. 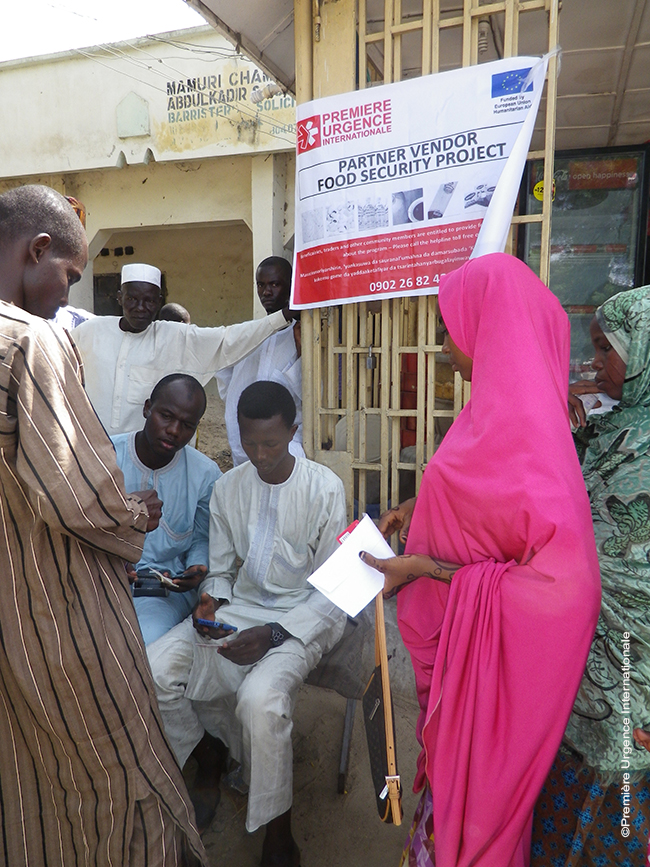 Famine is threatening Nigeria. Recent evaluations of the United Nations and of the NGO Médecins Sans Frontières reveal very high rates of severe acute malnutrition and of food insecurity for the populations of the north-east of the country in the Borno state. Some geographically isolated areas could even fall into famine.

The Borno state is particularly affected by the presence of the terrorist group Boko Haram which has caused massive population displacements. Its capital, Maiduguri, has actually doubled the number of inhabitants since the outbreak of violence. Today, it welcomes over 1.8 million displaced people in a city that used to count 2 million inhabitants. “The needs are huge in Maiduguri, so much for the displaced people as for the host populations” explains Elsa Softic, Emergency Officer at Première Urgence Internationale, “there are difficulties to access water and sanitation, health care and especially a desperate need of food”.

In April 2016, Première Urgence Internationale implemented a food assistance programme in Maiduguri. The teams take action by distributing electronic credit cards to the host population and the displaced people In order to buy food items at local markets.

The teams have already helped over 12,000 people since last April.

For Première Urgence Internationale, it is vital to take action and spread food assistance particularly in isolated areas, still hardly accessible to humanitarian aid, but where the sanitary situation is disastrous.

23 December 2020 |  Publications
Learn more about the Venezuelan crisis and the actions of Première Urgence Internationale! With 15% of the population having left the country, the Venezuelan  crisis is, in terms of numbers, the second biggest migrant crisis after Syria, but the biggest if we discount countries at war. As the country taking in most people, Colombia is particularly affected by the arrival of thousands of Venezuelans.
All publications
Follow @R_2_P_H