By continuing to use this site, you agree to the use of cookies. Cookies are used to suggest information based on your browsing patterns and to provide us with information about site usage. For more information and to manage these settings, click here
Home > News > Working for the community in the Central African Republic

Working for the community in the Central African Republic 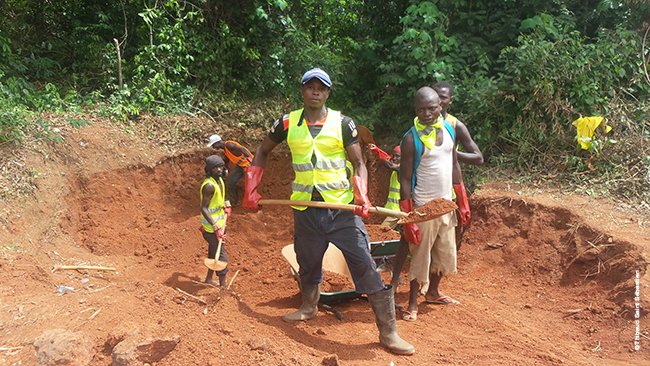 Since February 2016, Première Urgence Internationale has been implementing a “Cash for work” programme in Sibut in the Central African Republic. Local markets are being revived by the project, as beneficiaries, recruited by the NGO, are paid to carry out useful work for the community. The programme helps with the recovery of populations affected by crises.

A salary helps people to raise their heads a little higher. As a result of one crisis after another in the Central African Republic, Luteur, a farmer in Sibut has been left with nothing. Everything he owned was looted, his tools taken from him and his crops ruined. As a beneficiary of the ‘Cash for work’ project, he will receive a salary and be able to get tools, buy some chickens and even foresee future harvests.  This farmer is one of 400 beneficiaries of the programme launched by Première Urgence Internationale and financed by EuropAid in the Sibut region. The programme’s principle is to employ local people for projects that are useful for the wider community and revive the local economy through these cash injections. These people are paid by the organisation and their work will be of benefit to the surrounding villages.

Luteur, for example, has been helping to reopen a blocked road between Sibut and Boambali. Première Urgence Internationale teams selected people according to criteria including economic vulnerability, and trained them in road repair work. Maintenance committees have been trained and set up on Première Urgence Internationale’s initiative. They will be able to maintain the completed roads and continue with the work.

In this region where three quarters of the population grow cassava, peanuts or vegetables, Première Urgence Internationale has overseen the construction, by beneficiaries, of warehouses and a covered market. The NGO’s teams provided the materials such as bricks and mortar, and paid the trained workforce. The warehouses, open to farming groups, now give them the chance to store their harvests, and also to barter and to share information. A covered market has also been built, so that local people can come and buy what they need. ‘In this area, people are just surviving. This project is giving hope to people who can receive some money and benefit from meeting places. So we are targeting two types of beneficiaries: those who are working, and those who will benefit from the work being done’, explains Thibaud Saint Sébastien, former ‘Cash for work’ reconstruction manager in Sibut.

Through this programme, Première Urgence Internationale is helping people to have access to an income and as a result reviving the local economy. 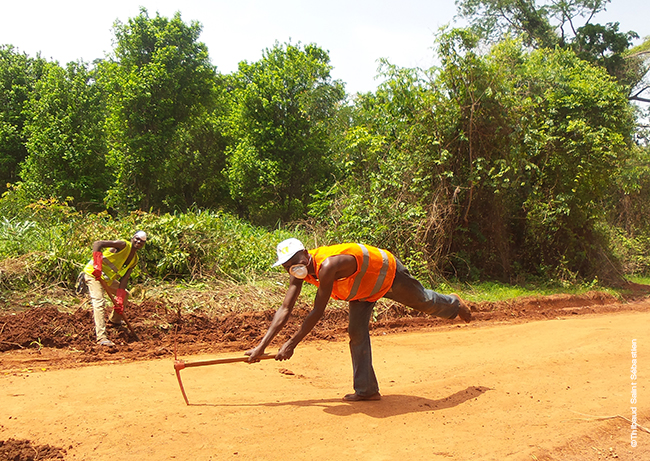