By continuing to use this site, you agree to the use of cookies. Cookies are used to suggest information based on your browsing patterns and to provide us with information about site usage. For more information and to manage these settings, click here
Home > News > Exhibition in Nigeria: the hope through the eyes of survivors

Exhibition in Nigeria: the hope through the eyes of survivors

Première Urgence Internationale dedicates a photo exhibition to the victims of the conflict in northeastern Nigeria. To escape the violence of the armed groups, hundreds of thousands of Nigerian civilians have been forced to flee to Maiduguri, the largest informal camp for displaced people in the world.

For the first time in Nigeria, Première Urgence Internationale, organises a photo exhibition to describe the stories of displaced people and refugees in Bolori II, a district of Maiduguri, become a symbol of the conflict. “Through the eyes of Maiduguri“, exhibition of 19 photos, inaugurated on the 21st of January at the Institute français du Nigeria, Abuja.

Maiduguri, the capital of Borno State (northeastern Nigeria), hosts several hundred thousand displaced people. Every day, people who have left everything behind keep coming to safety. They are fleeing the fighting and abuses of armed groups operating in the region. The district of Bolori II, starting point of the protest, is today a safe haven for people fleeing fighting and violence. In a neighborhood where pressure on resources was already high, the humanitarian situation is worrying.

Première Urgence Internationale, present in the field since 2006, intervenes in Bolori II via health, nutrition and protection programs. These men, women and children, marked by a difficult past, have shared their stories with the teams at Première Urgence Internationale for the last three years. Strong testimonials, which the NGO decided to show in pictures, through this exhibition. “Through the eyes of Maiduguri” will remain visible in Abuja for two weeks until February 3, 2019. 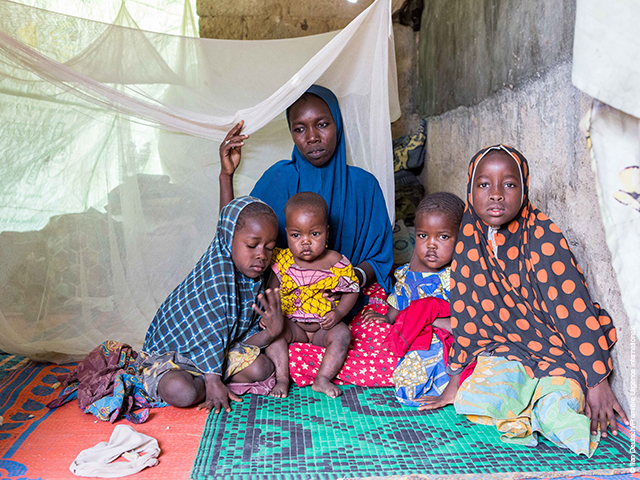 A tribute to marginalised people

It is the joint work of French photographer Ilan Deutsch and Nigerian photographer Clarence Ugdebe (Gottay Photography) that shows the faces and stories of these vulnerable populations. “Through this exhibition, Première Urgence Internationale wants to highlight the importance of not forgetting people who are already marginalized,” said Rizwan ul Haq, head of the NGO’s mission in Nigeria.

“Approaching people in the camp was not easy. They were scared” tells Clarence Ugdebe (Gottay Photography). “But when they understood that I was coming with Première Urgence Internationale, immediately they opened to me“.

“I saw as première Urgence Internatioanle brought light. It’s hope, “he continues. “Through my photographs, I tried to find and represent this hope in people’s eyes.”

The inauguration of the exhibition, on 22 January, gave the possibility to underline the urgent and numerous needs of the displaced populations, and the importance of the humanitarian aid provided by the NGOs on the spot.

“I really believe thet the international community as to do more” is the plea of Syed Muhammad Ali SHAH, head of mission of Secours Islamique France, during the debate.

“It is important that NGOs and donors do not leave this area, because the needs are still existing in Maiduguri,” said Rizwan ul Haq, head of mission of Première Urgence Internationale. 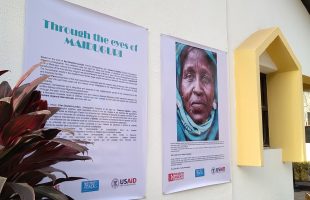 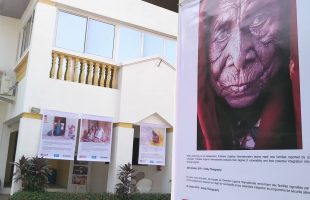 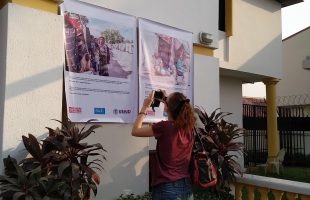 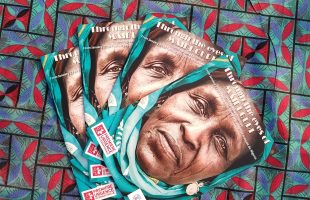 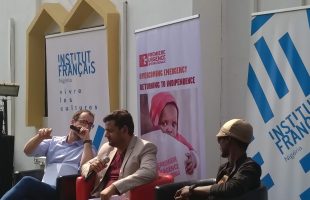 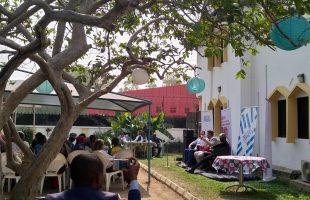 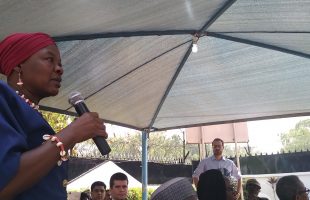 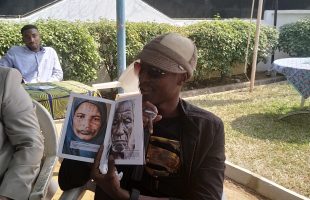 * The project was funded by USAID / FFP