By continuing to use this site, you agree to the use of cookies. Cookies are used to suggest information based on your browsing patterns and to provide us with information about site usage. For more information and to manage these settings, click here
Home > News > Earthquake in Afghanistan: Première Urgence Internationale dispatches rapid assistance to Afghans

More than a thousand people died and nearly 3,000 were injured in Afghanistan after the earthquake that struck the south-east of the country on Wednesday 22 June. Here is a look back at Première Urgence Internationale’s intervention on the ground. 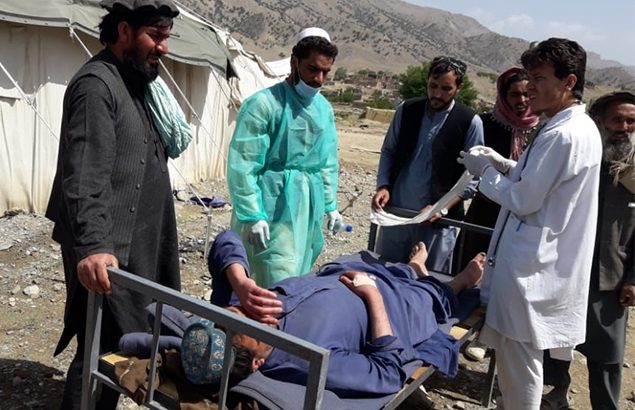 
It was 1.25am in Afghanistan when a 5.9 magnitude earthquake struck the province of Paktika, close to the border with Pakistan. Heavy rain, mud, steep and rocky hills, mountainous areas… The delivery of humanitarian aid to the earthquake site is proving very difficult, while the telephone network is not available in the affected districts. A first mobile health team from Première Urgence Internationale, accompanied by three nurses specialised in trauma stabilisation, arrived at the Paktika provincial hospital at 11:30am, before being redirected to the district of Barmal, one of the most affected areas, where it could only reach at around 3:30pm due to the state of the roads. It will be joined by a second team from Première Urgence Internationale on the morning of Thursday 23 June. 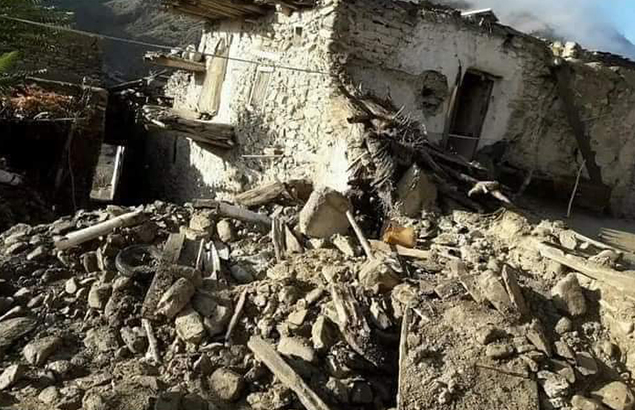 The earthquake caused significant damage in the district of Barmal where our teams went – © Première Urgence Internationale.

During the 48 hours spent on the site, Première Urgence Internationale helped 263 Afghans, including 109 women. Our NGO was one of the only ones with female staff who could treat women. While health needs are generally covered (all trauma patients have been redirected to provincial, regional and national hospitals), the needs in terms of shelter, food aid and psychosocial support are significant. Another concern is the possible outbreak of a cholera epidemic in the area, as half a million cases of acute and watery diarrhea have already been reported, according to the UN humanitarian office (OCHA).

This earthquake comes in a dramatic humanitarian context. The number of people suffering from acute food insecurity has jumped by nine million in eight months in Afghanistan, the UN said in mid-March. Overall number of people in need of humanitarian aid now stands at more than 24 million, more than 50% of the estimated populations, up from 14 million in mid-2020 and 6.3 million at the end of 2019. At the time of regime change in August 2021, the United States froze nearly $9.5 billion in assets of the Afghan Central Bank in a country where 75% of the government’s budget was funded by international aid: the health system and the economic system have largely collapsed with the change of governance last summer.

Première Urgence Internationale‘s historic mission, the teams have been working in Afghanistan since 1979 and are now mainly concentrated in the eastern and south-eastern regions bordering Pakistan. Première Urgence Internationale intervenes in the provinces of Kabul, Kunar, Nangarhar, Laghman, Nuristan, Ghazni and Paktya to respond to emergencies and contribute to the improvement of the health system.

Première Urgence Internationale‘s intervention includes access to primary healthcare through strengthening of existing health facilities (rehabilitation of first aid posts, secondary health centres and support for the provincial hospital), as well as the deployment of mobile healthcare integrated with nutrition and access to water and sanitation in order to meet the critical needs of populations in remote, hard-to-reach areas. The teams also provide psychological support to the population and assist in the care of war-wounded.