By continuing to use this site, you agree to the use of cookies. Cookies are used to suggest information based on your browsing patterns and to provide us with information about site usage. For more information and to manage these settings, click here
Home > News > In Poland, Ukrainian refugees join the teams of Première Urgence Internationale

As soon as they arrived in Poland at the end of February, the Première Urgence Internationale teams identified major needs in mental health and psychosocial support for people who had fled the war in Ukraine. The need to recruit Ukrainian-speaking psychologists and social workers therefore quickly became apparent. 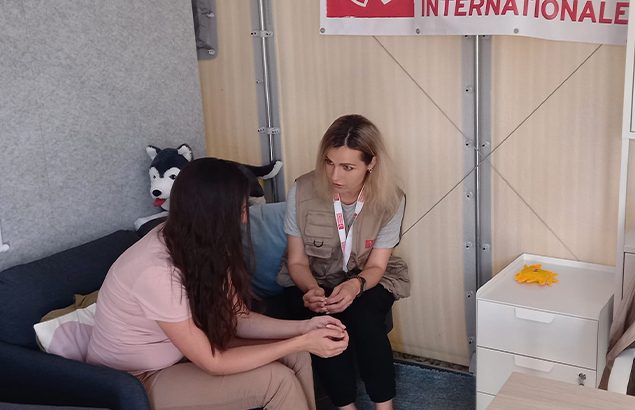 To find Ukrainian-speaking specialists, a profile in high demand in this context, Première Urgence Internationale teams began to search among the refugees in Poland – their numbers were growing rapidly. Thanks to Facebook support groups and job search sites, nearly 25 people, mainly Ukrainian refugees, were recruited in the field.

Discover the portraits of three women who have joined the Première Urgence Internationale teams: 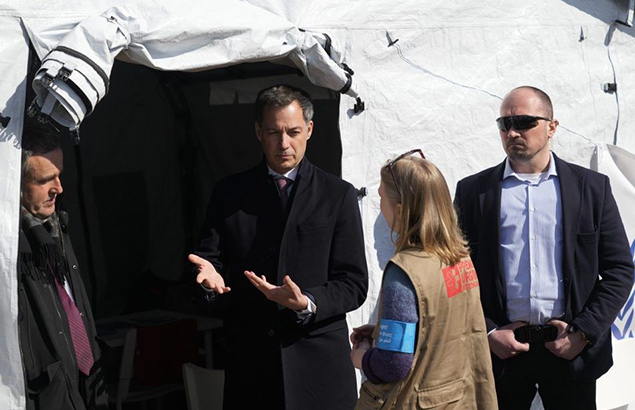 The first social worker hired by Première Urgence Internationale is Olha Husakova. In Ukraine, she was studying social work while working for the environmental NGO Eco Action. On 20 February, she travelled to Poland to visit a friend in Warsaw, where she was to stay for only a week. But four days later, Russian President Vladimir Putin launched the invasion of Ukraine. Olha Husakova decided to join the Première Urgence Internationale team in Poland on 10 March as a supervisor of social workers.

As this Ukrainian woman confides, the profiles of the refugees have changed since the beginning of the war. In March, the people fleeing Ukraine came from all over the country. Today, the refugees come mainly from south-eastern Ukraine, most of them arriving from war zones where cities have been destroyed, with no possibility of return. “It is difficult to accept that it is not possible to do everything,” says Olha Husakova, adding that her greatest satisfaction is that she has been able to provide immediate help (both basic information and making refugees feel safer and better).

Yulia Nahorna arrived in Poland on 28 March from the Dniprov region. An English teacher before the war in Ukraine began, she became a volunteer at the Medyka border crossing on the Polish-Ukrainian border, where she met Olha Husakova who told her about her work with Première Urgence Internationale. On 14 April, Yulia Nahorna joined our NGO as a social worker.

Most of the refugees Yulia Nahorna meets are women from south-eastern Ukraine, seeking information on how to get to other EU countries or on reception centres, for example. “Refugees who have just crossed the border are mostly very confused and emotional and it is difficult for them to assimilate the information provided,” she remarked, stressing that the majority of them do not know what to do next and find it difficult to make decisions. 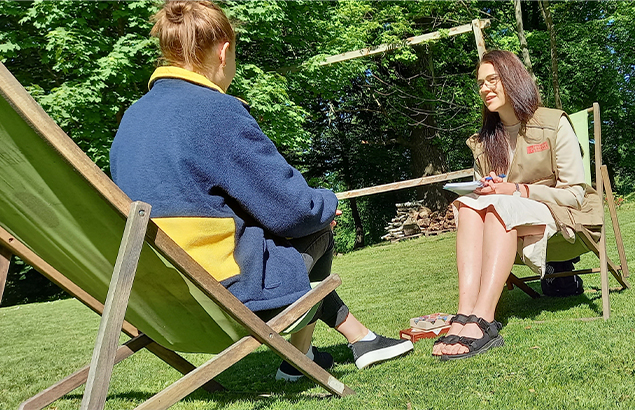 Before the war, Ira Radelyska, originally from Kiev, worked as a psychologist in many Ukrainian NGOs such as Positive Women and Life Line Ukraine, where she helped victims of sexual violence and drug addicts. She arrived in Poland on 10 March and started working with Première Urgence Internationale ten days later. The refugees she meets struggle mainly with post-traumatic stress disorder and its consequences (depression, aggression, violence). This psychologist also notes cases of victims of domestic violence who were able to escape their aggressor by fleeing the conflict and finding refuge in Poland.

In former schools that have been converted into temporary accommodation for refugees – four of which are supported by Première Urgence Internationale in the Podkarpackie voivode – psychological help is crucial. Refugees stay for long periods of time, which allows Ira Radelyska to hold regular consultations, providing psychological first aid services, working on resolving family conflicts as well as suicide prevention.

One of the major challenges is to find a facility for refugees with mental disabilities (such as schizophrenia and Alzheimer’s disease) – public facilities were already overcrowded and underpaid even before the war. “The greatest satisfaction is to be able to help my Ukrainian compatriots,” says this Ukrainian psychologist.

Find out more about Première Urgence Internationale’s activities in Poland.