By continuing to use this site, you agree to the use of cookies. Cookies are used to suggest information based on your browsing patterns and to provide us with information about site usage. For more information and to manage these settings, click here
Home > HR news > DEPUTY HEAD OF MISSION – A CAREER IN THE HUMANITARIAN SECTOR

DEPUTY HEAD OF MISSION – A CAREER IN THE HUMANITARIAN SECTOR

After 10 months in Iraq as deputy head of mission, 32-year-old Manon Gallego takes a look back at the mission and describes the responsibilities involved in her position. 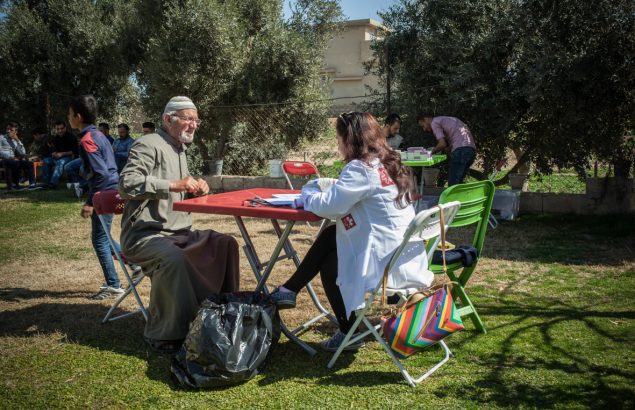 WHAT DOES THE POSITION OF DEPUTY HEAD OF MISSION INVOLVE?

The deputy head of mission works closely with the mission head. The specifics of the role depend heavily on the people in both roles. My role in Iraq was to make sure the mission ran smoothly. For example, I made sure that teams were properly coordinated and that information moved freely between departments. I also managed the development efforts as part of our work in the country. For example, I worked on opening a health centre in a displaced persons camp to the south of the city of Mosul. My role was to coordinate preparations with all the teams involved (logistics, pharmaceuticals, medical, financial, and with the base responsible for its operations). This meant that all resources were available and that we could work effectively.

HOW DID YOU GET STARTED IN THE HUMANITARIAN SECTOR?

I have a degree in urban planning. Just after completing my education, I began working for a small organisation, an NGO in Haiti. It focused on providing emergency shelter in the country. Within a very short time, I was put in charge of managing entire humanitarian projects. I’ve worked for a number of NGOs in Lebanon, Haiti, Chad, Kenya and Côte d’Ivoire. In 2016, Première Urgence Internationale offered me the position of deputy head of mission – and so I went to Iraq, a country that I’ve discovered along with this position.

WHAT WERE THE CHALLENGES LINKED TO THIS ROLE?

It’s a role that requires a huge amount of organisational ability, rigour, and forward thinking. You have to constantly be one step ahead of everyone so you don’t get overwhelmed – especially when we’re developing the measures that we’ll put in place. You also need to be able to deal with problems and resolve situations quickly. There’s a lot of decisions to make and a lot of managing relationships between people in different departments.

One of the challenges of working in the field is ensuring the quality and speed of our interventions in conflict zones. But we can’t compromise the organisation’s integrity or the strict application of humanitarian principles. It’s a problem that arises in particular when negotiating access with various armed groups. The principles of impartiality and neutrality are often put to the test, and so the deputy head of mission needs to make sure that these principles are maintained.

AND WHAT DO YOU SEE IN THE FUTURE FOR YOUR CAREER?

I’d like to continue my career in the humanitarian sector abroad, or possibly in France. If I go back into the field, it will be with Première Urgence Internationale because I enjoyed the intervention method used. Première Urgence Internationale uses an ‘integrated approach’. For example, psychosocial support is essential in Iraq at the moment. It’s dealt with in a way that takes both the health aspect and community mobilisation into account. This means developing very strong relationships with other humanitarian stakeholders and the relevant authorities – and as a result, there are no barriers between different sectors!  Humanitarian organisations have to coordinate their efforts and work together to ensure all needs are covered.