By continuing to use this site, you agree to the use of cookies. Cookies are used to suggest information based on your browsing patterns and to provide us with information about site usage. For more information and to manage these settings, click here
Home > News > Colombia: Emergency Response of our Teams in Arauca Department

Colombia: Emergency Response of our Teams in Arauca Department

At the end of March, clashes in Venezuela between the Venezuelan army and armed groups caused thousands of people to be displaced from the Venezuelan border to the Colombian border. Our teams were on the ground to bring support to the population.

Violence broke out on both sides of the border on March 20th and the population was caught between several armed forces.

This led to a massive flow of refugees. 5000 people arrived in Arauquita (Colombia) in one week. These people joined the 4000 refugees already present in the area.

From March 22th to April 6th, a movement of nearly 5,000 displaced people flooded into Arauquita, but also into Saravena and Arauca.

As the fighting continued, new arrivals were recorded in the days following the start of the hostilities, while the borders were fully militarized.

The situation finally calmed down during the first week of April.

Première Urgence Internationale was the first NGO involved in health care to be present in Arauquita on March 23rd to organize an emergency response.

Our teams, composed of doctors, nurses and psychologists, got organized to provide primary health care, psychological first aid and hygiene kits to the refugees.

This emergency response was able to be implemented quickly because Première Urgence Internationale was already present in Tame, Arauquita and Saravena within the framework of the project “Responding to the most urgent needs of the populations affected by the Venezuelan crisis through an integrated multisectoral assistance” financed by the European Commission for Humanitarian Aid and Civil Protection (ECHO).

The activities of Première Urgence Internationale, initiated before the recent clashes, take place in Colombia in the department of Arauca. They aim to provide quality primary health care as well as mental health and psychosocial support (MHPSS) to undocumented Venezuelans and Colombian returnees.

We also support these communities through the management of three health facilities in Tame, Arauquita and Saravena.

Discover our actions in the field through pictures: 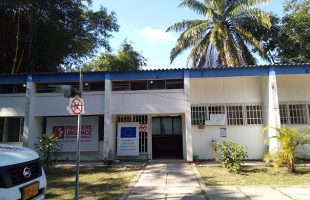 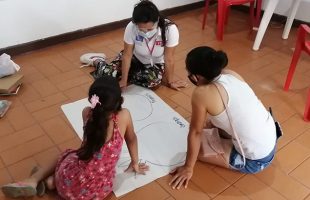 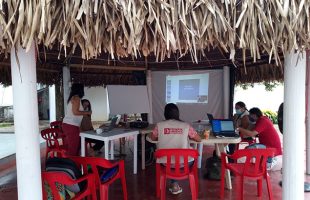 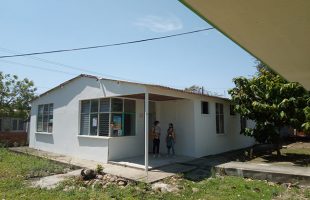 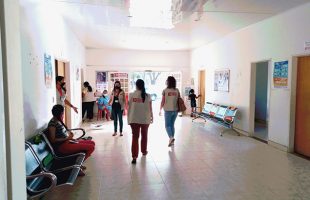 “The humanitarian response is made more difficult by the fact that the population is scattered in many places around the border in rural areas, which makes it difficult to access and locate them”, explains Tinou-paï Blanc, Emergency Officer.

Regarding COVID-19, as early as March 27th, cases were noted among the displaced following testings.

“This situation was expected but it is worrying because there are no adequate isolation places for COVID-19 cases due to the crowding and the lack of shelters, so there are potentially more cases,” warns Tinou-paï Blanc.

Venezuela is experiencing a major economic and political crisis that is causing the largest South American migration phenomenon in recent decades.

“Venezuelans continue to endure the effects of deteriorating living conditions, reduced access to clean water and essential health care in Venezuela“, says the Emergency Manager, adding: “Colombia, for its part, faces humanitarian challenges. As the main host country for displaced Venezuelans, it is also plagued by armed conflict within its territory. This situation is also aggravated with the COVID-19 pandemic“.

Colombia predicts that by 2021 it could receive more than four million Venezuelans.

Since 2019, when Première Urgence Internationale’s conducted its first exploratory mission in Colombia, the NGO has been assisting the people of the region.

Five years after the signing of the peace agreement between the Colombian government and armed groups in Colombia, the department of Arauca where our NGO operates continues to face many humanitarian challenges. Hostilities and armed violence persist and intensify, affecting civilians and causing the humanitarian situation to deteriorate.

In view of the significant vulnerabilities faced by the populations affected by the armed conflict, Première Urgence Internationale, in addition to ensuring the continuity of existing projects, aims to expand health and mental health services in key rural areas of the department (in Tame, Arauquita, Saravena, Fortul).

By making a donation to Première Urgence Internationale, you allow our teams to continue their actions in the field while implementing new projects to help vulnerable displaced people.

These various activities were implemented by Première Urgence Internationale thanks to the financial support of the European Civil Protection and Humanitarian Aid Operations.

Watch the 2019 video of Angeles Martinez, former coordinator of the exploratory mission to Colombia for Première Urgence Internationale.