By continuing to use this site, you agree to the use of cookies. Cookies are used to suggest information based on your browsing patterns and to provide us with information about site usage. For more information and to manage these settings, click here
Home > News > Bangladesh: a success story of community engagement

In the past two years, the previously existing Rohingya refugee camp of Kutupalong has enlarged from 30,000 into a mega-camp with over  600,000 refugees[1]. Even if primary needs are still present in the Teknaf Camps, people – especially Elder, Women, Youth and Persons with Disabilities – have different needs that go unmet. 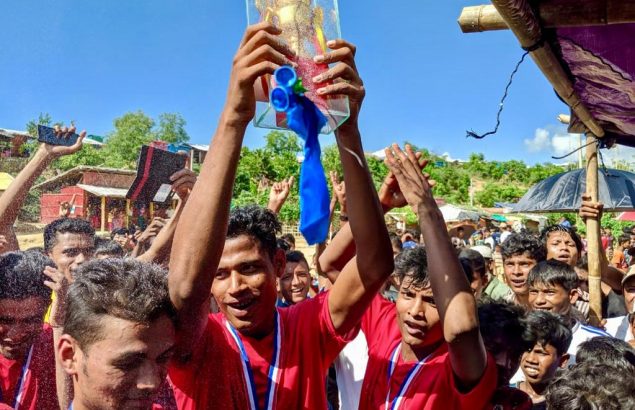 Arriving in in the Cox’s Bazar district, southern Bangladesh, Première Urgence Internationale has first developed its activity as a Site Management Support Agency. Since the end of 2017, the teams have been setting up activities to improve the living conditions of the Rohingya people in the camps.

In the camp 19 (an administrative division of the mega-camp), in the summer 2019, Première Urgence Internationale created different committees, in charge of representing different sector of the population (men, women, youth and people with disabilities), to identify specific problems they face and figure out ways to fix them as well as to involve the community in the assessment of their needs.

The organisation started in August discussing about the possibility of launching a community-driven project and decided to have initial discussions with the first newly formed youth committee, which gathers a total of 63 Rohingya Youth of Camp 19’s four blocks, to empower community people through the design and implementation of a project of their own choice.

“Initial discussions brought up many ideas such as establishing a library; a Youth sports club, or creating a livelihood project. While talking about what they most liked doing during their leisure time, participants mentioned meeting up with friends and playing football” explains Rahi Rahatil, Community Engagement Team Leader.

“When life in a camp became your daily life, you need to create your network, reconnect with people, and restart to think about your future” she says.

However, Camp 19 did not have a proper football field at the time, and the host community often asked money to allow them to play on their lands. “This is how the idea of an official football pitch for the camp arose”, says Clementine Bessade, Site Management Support Project manager for Première Urgence Internationale.

The Community Engagement volunteers[2] Romiz, Nojir, Ataur, Noyon, Shoaib and Jalal supported and guided the Youth committee members in demarcating the field, installing corner flags, creating goal posts, decorating the field and installing a tent for the audience to watch the game away from the sun.

“The football tournament was a success” says Clementine. “All the inputs and suggestions from the committee members were taken into account and respected from the beginning to the end of the community-driven project. All members were very committed and motivated in the making of the project and in the organisation of the tournament, until the final match”.

On the final match day, a large crowd gathered at the football field. Partners and participants from all the camp’s committees attended the match. A prize-giving ceremony was organized, which represented a very cheerful ending to the tournament. “This was also very inspiring and exciting for children present on that day”.

Camp 19 now has 4 official and fully equipped football teams for each block and the Youth Committee is now functioning and empowered at the field level. It can organise football matches and training on its own, for the benefit of the community. 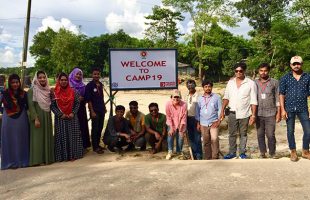 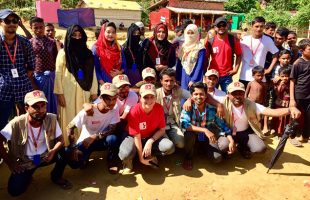 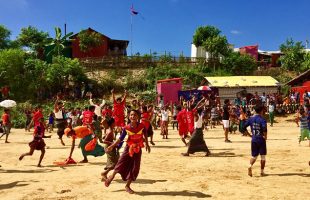 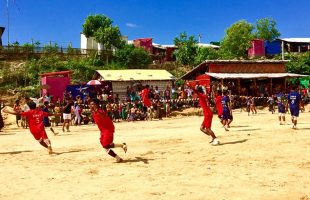 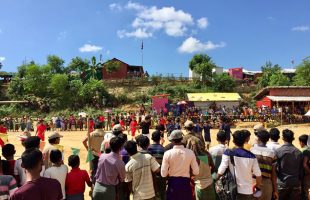 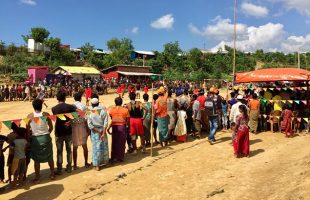 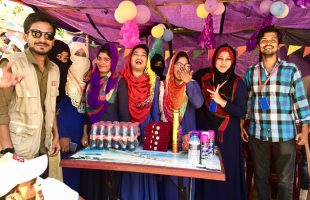 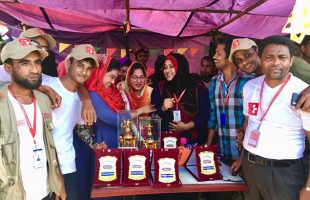 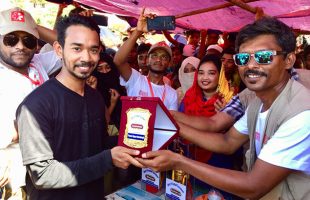 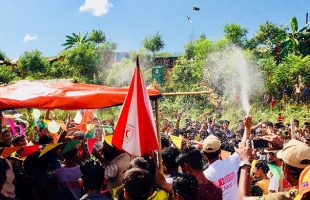 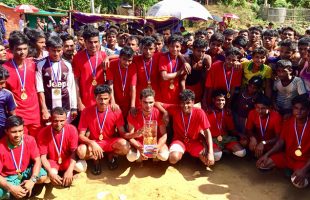 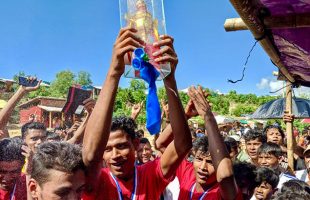 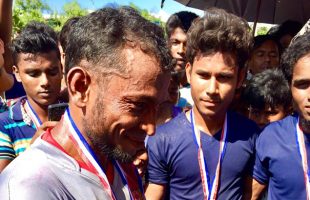 This project is supported by the International Organization for Migration (IOM).

You can support the Premiere Urgence Internationale‘s actions in Bangladesh by getting involved or by making a donation to the NGO. 94% of donations are allocated to our missions in the field and give the right to a tax reduction of 75% of the amount of your donation (within the limit of € 530 and 66% beyond).