By continuing to use this site, you agree to the use of cookies. Cookies are used to suggest information based on your browsing patterns and to provide us with information about site usage. For more information and to manage these settings, click here
Home > News > Protection, preservation and promotion of Gaza strip historical archaeological sites : The Saint Hilarion monastery and the Byzantine Church

Funded by the British Council, in partnership with the Department for Digital, Cultural, Media and Sport, the project´s main goal is to protect and preserve two archaeological sites and to promote Palestinian cultural heritage while providing assistance to the Gazan population. The activities have had an impact on the protection of both sites and with the community by strengthening local capacity in the preservation of cultural heritage as well as local and international awareness of heritage values and its importance for the Palestinian identity. 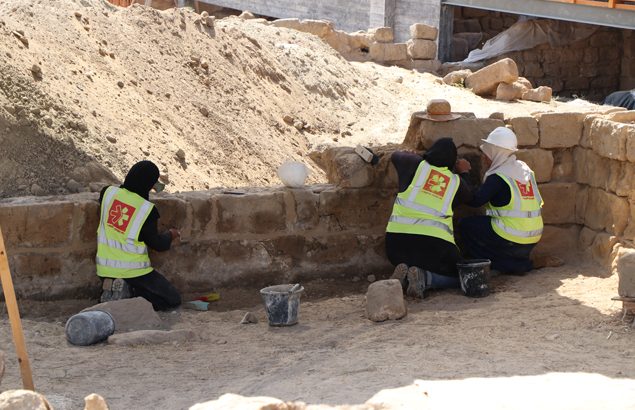 Première Urgence Internationale teams have successfully involved communities, schools, youth and local civil society stakeholders, and have encouraged their interaction on the sites.
In Gaza, Première Urgence Internationale and its partners have been able to open a space in which girls, boys, young people and families can engage in concrete actions and express their fears and hopes in a protective environment while developing their resilience after having been exposed to violence or traumatic experiences.