By continuing to use this site, you agree to the use of cookies. Cookies are used to suggest information based on your browsing patterns and to provide us with information about site usage. For more information and to manage these settings, click here
Home > News > Atta, a committed Malian doctor 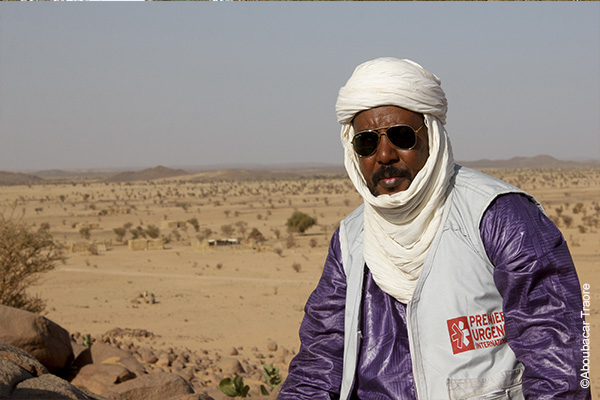 Mohammed, known as Atta Ag Azouled, lives in the Kidal region, Mali. For over 10 years, he has been committed to humanitarian activities, first as a volunteer guide for Aide Médicale Internationale in 1994, and since 2014 as a C
Community Technical Manager for Première Urgence Internationale.

Helping others is a vocation for Atta Ag Azouled. Born in the Adrar, Kidal region, he had always wanted to help those in need. In 1994, while the Kidal region was suffering from a very serious social and sanitary crisis, he joined Aide Médicale Internationale which was then just starting its first activities in the area.

From 1995 to 1996, he participated as a nurse in the care of refugees that came from Tinzaouaten, from the Algerian border. Devoted and committed, he received a grant in order to pursue a senior medical technician training in Bamako. From 2001 to 2009, he participated in the implementation of many health programmes.

His training lasted from 2009 to 2012 and he became a specialist in anesthesia and resuscitation. 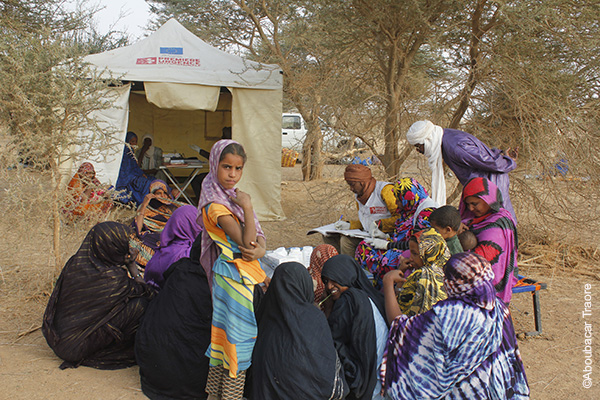 In June 2015, Atta applied for a position at Première Urgence Internationale and became the Community Technical Manager at the Kidal base.

In Kidal, four mobile clinics of the NGO carry out curative, prenatal and postnatal consults and vaccination activities since September 2015. During each tour, these clinics composed of medical staff carry out on average 800 consults.

In the field, the population actively concurs with the activities and works with Première Urgence Internationale particularly in order to trace the mobile clinics’ itineraries. It also chooses its “community leader.” These community leaders, sanitary sentinels, participate in the mass screenings by informing the medical staff of the contagious illnesses and epidemics.

Atta knows the habits and customs of the Kidal region: from Timtaghène to Tamasna, from Edjerer to Tanezrouf. He has been working this way for years as close to the populations as possible.