By continuing to use this site, you agree to the use of cookies. Cookies are used to suggest information based on your browsing patterns and to provide us with information about site usage. For more information and to manage these settings, click here
Home > Press > “Anti-terrorism laws threaten to paralyse humanitarian NGOs”

In an op-ed for Le Monde, a group of ten NGO leaders denounce the obstruction of humanitarian actions by counter-terrorism measures, while the needs of the populations affected by violence remain undiminished. 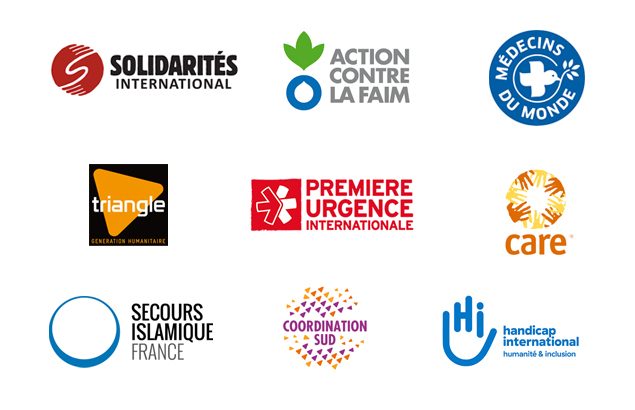 Humanitarian action, largely funded and enacted by international NGOs, is currently finding itself hindered in many major crisis zones.

Delays imposed by the United Nations Security Council, which have restricted access to Syria from neighbouring countries, is the latest example of the growing politicization of aid. Coming one after the other, recent political decisions have gathered to undermine one of the cardinal principles of humanitarian aid: neutrality, which NGOs use in order to maintain their ability to aid civilian populations caught up in violent turmoil.

The number of people experiencing forced displacement reflects the scale of global conflict: 67 million people were driven to flee their homes in 2018. Of these, 42 million were internally displaced, while 25 million crossed borders to seek refuge in other countries. A very large proportion of these refugees settle permanently in states neighbouring their countries of origin. Syria, as well as Afghanistan, Yemen, Bangladesh, Nigeria, Libya, and Colombia are experiencing this struggle, among others.

Government armed forces and rebel groups are confronting each other across these countries, in conflicts which can include several rival factions.

Humanitarian workers, in order to be able to act and access populations in need, must be able to negotiate, where necessary and possible, with all parties involved in the conflict in order to dispatch aid, and also to try to ensure the safety of their teams on the ground as far as possible.

Since the 2000s and the rise of international alliances structured to combat violence perpetrated by radical movements, governments have taken a number of measures to prevent the emergence and action of terrorist groups. These measures are known as COTER, a contraction of the phrase “counter terrorism”.

“We ask that international NGOs operating in conflict zones be exempted from the application of antiterrorist laws”.

As such, all funding granted to NGOs by donor states (which provide three-quarters of the €24 billion in international aid dedicated to humanitarian crises annually) comes with an obligation of strict compliance with COTER principles. The United States of America and European Union countries are the primary contributors of much of this government funding.

The NGOs receiving these government funds are therefore prohibited from making any contact with any of the warring factions, identified by those same donor states as being on the list of terrorists groups as described by the “international community”. This ban may also come from the governments of countries facing civil war. On the other hand, the inability to act may result from the non-recognition, by the combatant groups, of the principles of neutrality, independence and impartiality which structure the implementation of humanitarian actions. The extension of anti-terrorist laws to aid actors helps to increase suspicion of them on the part of rebel groups. It offers justification for a fallacious argument put forth by those who oppose the interventions of international NGOs, as they seek to control access to civilian populations and keep their country cut off from the world.

This is why we, the leaders of the NGOs having signed this text, consider that the application of these antiterrorist laws to our organisations is an unacceptable position on the part of the donor countries, as it is totally incompatible with our mandate. The donor countries indiscriminately demand and monitor the application of security laws, to the point of threatening to cut off financial support to any organisation which departs from these edicts. This is not a question of calling into question the legitimacy of the measures
taken to curb terrorism, but rather of avoiding, in keeping with our missions, any form of criminalisation of humanitarian acts. This approach on the part of our donors constitutes a major attack on our principle of neutrality. Our ability to establish contact and negotiate with all warring factions is an absolute necessity for us.

To threaten this stance is to break with the founding spirit of international humanitarian law (IHL), inspired in its era by Henry Dunant [1828-1910, founder of the Red Cross]; it straightforwardly subordinates humanitarian action to the political will of the donor countries. It amounts to saying loud and clear: “whoever pays, decides”. It means putting our teams at risk, and as such and above all, ultimately threatens to paralyse us as we seek to provide sometimes-vital aid.

For all these reasons, we are calling for international NGOs operating in conflict zones to be exempted from the application of anti-terrorist laws, in order to allow for the optimum implementation of our actions.