By continuing to use this site, you agree to the use of cookies. Cookies are used to suggest information based on your browsing patterns and to provide us with information about site usage. For more information and to manage these settings, click here
Home > Press > Israeli Defense Minister Naftali Benett Announces Creation of Seven New Nature Reserves in the West Bank 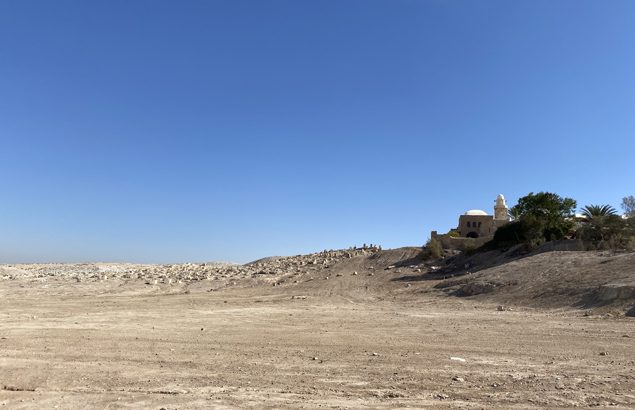 On January 15 2020, Israeli interim Minister of Defense Naftali Benett announced the creation of seven new nature reserves in the occupied West Bank, spreading over an area of 130,000 dunums (32,000 acres, or 130km²). “Today, we’re giving a great boost to the Land of Israel and continuing to develop Jewish settlements in Area C through actions, not words,” boasted the Minister of Defense. In the same announcement, Benett also declared that 12 existing nature reserves in the West Bank would be expanded. According to the NGO Peace Now, some 20,000 dunums of the land slated for the new reserves is privately owned by Palestinians. Moreover, one Bedouin community is located within one of these new nature reserves, placing it at risk of forced displacement by the Israeli authorities. All of these areas fall within Area C of the West Bank, a contiguous area covering over 60% of the West Bank where the Israeli authorities have both administrative and security control.

What does IHL say?

These recent developments violate international law, in particular International Humanitarian Law, in several regards. The forced displacement of Palestinians, whether through home demolitions, the use of spatial planning, or the imposition of a coercive environment, constitutes a violation of article 49 of the Fourth Geneva Convention, as well as a grave breach of International Humanitarian Law under article 147, and can amount to a war crime under article 8 of the Rome Statute of the International Criminal Court. These policies and practices also violate the right to adequate housing, enshrined in the International Covenant on Economic, Social and Cultural Rights.
As an Occupying Power, the Israeli authorities are obligated to administer the occupied land for the benefit of its Palestinian population (art. 43 of the Hague Regulations and article 64 of the Fourth Geneva Convention). Yet the establishment of new areas whose access is forbidden to Palestinians does the opposite, and in fact favors Israeli settlers, whose presence in the West Bank is illegal (article 49 of the Fourth Geneva Convention). Not only are the slated nature reserves meant to benefit the settler population, but the revenue generated by tourism and paid entrances to the nature reserves will be denied to the local Palestinian population, and will instead be appropriated by the Israeli government.
Finally, it is strictly prohibited, under both the Fourth Geneva Convention and the Hague Regulations, to make any permanent changes in the character of an occupied territory.

Israeli violations against Palestinians have been on the rise for several years, but have particularly increased in 2019 . One of the drivers behind this surge is the attempt of Israeli political parties to win the “settler vote” during the two inconclusive elections that took place in 20196, with the main right wing parties (including Likud, which serves now as an interim government) striving to appear more right wing and win the “settler vote”; Israeli politicians, including Netanyahu’s government, have done so by increasingly supporting settlements and settlers, at the expense of Palestinians.
In addition, political parties representing the settlers have gained in prominence and power in recent years. Naftali Benett was himself instrumental in exponentially increasing the power of his settler party, the Jewish Home (now renamed the “New Right”), in an alliance with Netanyahu’s Likud and other right wing political parties. Throughout his political career, Benett and his party have worked to increase the pace of the construction of settlements, the demolition of Palestinian homes and infrastructure, and the expulsion and forced displacement of Palestinians. Benett’s initiatives (and other attempts, policies and practices to expedite the de facto, if not de jeru, unilateral annexation of the West Bank) have also met with little resistance abroad; moreover, the tremendous support of the current US administration for Israeli violations, not least among them Mike Pompeo’s assertion that settlements were “not incompatible with international law,” have essentially given a green light to Netanyahu’s government to increase the construction of settlements and gradual annexation of Palestinian land. In the absence of concrete and tangible action on the part of the international community, such violations are likely to continue accelerating, and the rights of Palestinians to be further violated.

PUI operations in the occupied Palestinian territory:
Operational in the West Bank since 2002, PUI has developed integrated programmes to assist Palestinians affected by, or threatened with, protection risks.

In Area C of the West Bank, settlement expansion, settler violence, the demolition and confiscation of property are intensifying pressure on the most vulnerable Palestinian communities, who are at risk of being forcibly displaced from their homes. PUI intervention is to enhance shelter, maintain or to improve the food security and the means of living of the most vulnerable populations who are directly affected by the military occupation and settlement enterprise of the Israeli authorities.

We help communities prepare for, and respond to, emergencies, we provide emergency response, including in-kind and cash-based interventions.
We contribute to the humanitarian coordination mechanisms to promote human rights and advocate for the rights of Palestinians locally and internationally.

1 OCHA, https://www.ochaopt.org/content/settlement-expansion-around-israeli-declared-nature-reserve
2 UNCTAD, Spatial Planning in Area C of the Israeli occupied West Bank of the Palestinian territory https://unispal.un.org/pdfs/UNHABSTUDY_MAY15.pdf
3 Btselem, Planning Policy in the West Bank, https://www.btselem.org/planning_and_building
4 OCHA, https://www.ochaopt.org/content/wadi-yasul-community-risk-mass-displacement
5 Haaretz, “In the West Bank, the Israeli Army Works for the Settlers” https://www.haaretz.com/israel-news/.premium-in-the-west-bank-the-israeli-army-works-for-the-settlers-1.6769554
6 Settler violence against Palestinian has dramatically increased: there were 838 cases of recorded settler attacks in 2019 throughout the West Bank, including East Jerusalem; this represents a 13% increase compared to the 2018. According to UN OCHA, in these attacks, settlers killed 4 Palestinians

CHRONIQUES FROM THE FIELD - Special issue #2

6 October 2021 |  Publications
Focus on health in this second issue of Chronicles from the Field, with our emergency response to the COVID-19 pandemic in Mali, the management of malnutrition in Libya and the continuity of our activities in Afghanistan. Discover our health actions in Colombia, the Central African Republic and the Democratic Republic of Congo.
All publications
Follow @R_2_P_H