By continuing to use this site, you agree to the use of cookies. Cookies are used to suggest information based on your browsing patterns and to provide us with information about site usage. For more information and to manage these settings, click here
Home > HR news > “A falsely calm mission” 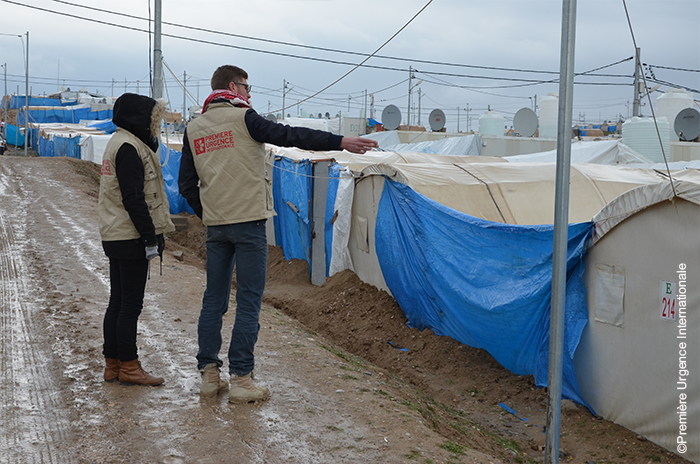 Dagobert Blondon has just experienced his first humanitarian mission. He spent 9 months in Iraqi Kurdistan for Première Urgence Internationale in Bardarash Camp, as head of a multi-sector programme. Back in France for a few weeks now, he is keen to get back in the field as soon as possible.

What did your mission involve?

My main task consisted of managing public sanitation services in the displaced people’s camp at Bardadash. The inhabitants had fled from Mosul and the surrounding villages controlled by the organisation Islamic State. My team in particular were providing refuse collection, emptying septic tanks, maintaining public and private facilities and water quality. Every day, we had to find solutions to different health-related problems, for example supporting the construction of two schools, distribution of hygiene kits or more technical issues such as electricity. I was also in charge, as programme leader, of setting up various projects in the camp, such as setting up psycho-social activities. There are huge amounts of psycho-social problems due to inactivity in the camp or because of what people have lived through before they arrived in Bardarash.

What affected you in particular during your mission?

One day, I heard about a family who had fled from Mosul, a city in northern Iraq under Daesh control, and who had just arrived in the camp. I went to see them. This family were so relieved to have arrived. They talked to me about the apocalyptic situation which predominates in Mosul. No water, no electricity, no work. People dying of starvation. They also told me about the journey they had taken: they escaped with the help of smugglers. They hid behind boxes in the back of a pick-up truck. From Mosul, they went as far as Syria then crossed the front line overnight and surrendered to Kurdish militia. From there, they were sent back to Iraq, to Bardarash Camp. It was the only possible path. This story moved me immensely and I was also deeply affected by this family’s optimism. 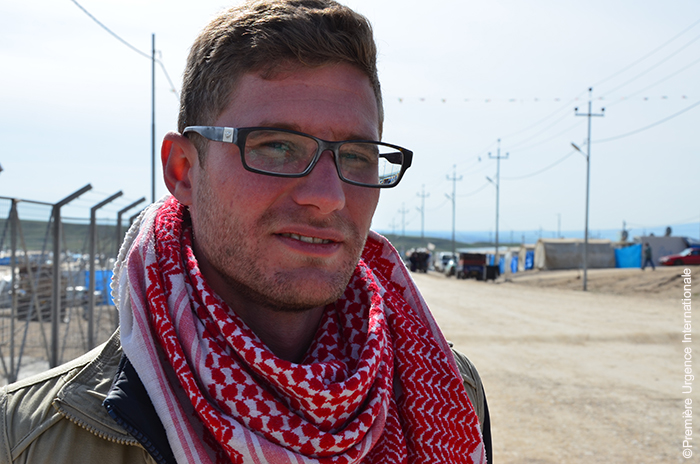 What did you think of your mission?

Even though the mission was exhausting, it was a very rewarding experience. What was really fantastic was to see on a daily basis the impact of our work. The context in Iraqi Kurdistan is unique. It is a falsely calm mission. We knew that explosions were happening 15-20km away but we could not feel the impact at all in Bardarash. We heard bombardments but everything remained calm in the city.

I can honestly say that I will go back with Première Urgence Internationale without hesitation, and to Iraq as soon as I am asked. My dream is to see Mosul. I hope that one day the situation will change and that I will be able to get to that city.