By continuing to use this site, you agree to the use of cookies. Cookies are used to suggest information based on your browsing patterns and to provide us with information about site usage. For more information and to manage these settings, click here
Home > News > Yemen: humanitarian organizations urge all parties to the conflict to extend the truce

Yemen: humanitarian organizations urge all parties to the conflict to extend the truce

Ahead of the end of the current UN-led truce agreement on 2 August 2022, humanitarian organisations in Yemen urge all parties to the conflict to adhere to and extend the agreement to protect civilians across the country and allow them to rebuild and recover their lives. 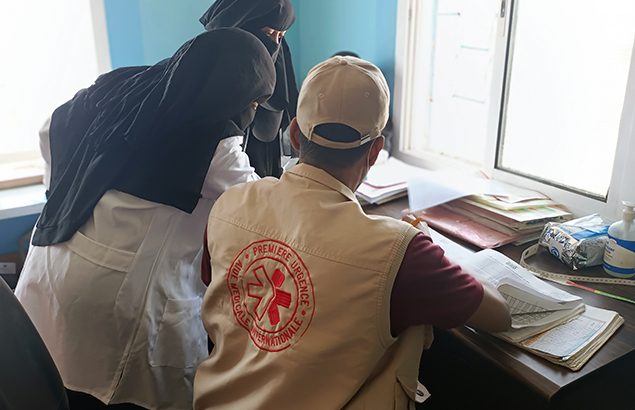 As organisations working in Yemen, we recognise and applaud the important steps taken by all parties to the conflict to uphold the truce. During the past four months, ordinary Yemenis have experienced the longest period of calm in the country in over seven years. Since the truce entered into force on 2 April, reports of civilian casualties have dropped significantly.

Commercial flights between Sana’a, Amman and Cairo have allowed over 8,000 Yemenis to access lifesaving medical care, pursue education and business opportunities and reunite with loved ones. In the past four months of the truce, more fuel ships have entered Hudaydah port than in the whole year of 2021, allowing hospitals and businesses greater access to fuel, helping to maintain proper functionality of and access to public services.

However, unless the truce is adhered to and extended, these important gains will be lost, risking the lives of people across Yemen. Further steps are urgently needed to protect Yemen’s people and future.

Civilian lives continue to be threatened by violations of the truce in some areas, with a recent uptick in casualties in the past month. We urge all parties to the conflict to extend the truce for a longer term of six months or more, adhere to its terms, and uphold their obligations under international law to protect civilians and deliver on all elements of the agreement, including the reopening of roads in Taiz.

The past four months have offered a moment of respite and hope for people in Yemen. We cannot afford to lose this progress now. An extension of the truce, adhered to by all parties, would support further fuel shipments into the country, allow more people to benefit from commercial flights from Sana’a, and support humanitarian actors to reach those most in need. It would enable parties to invest more in helping people overcome ongoing economic deterioration and soaring prices which further restrict people from accessing food, as well as agreeing on effective mechanisms to pay salaries. A renewed truce would also allow more time to begin urgently needed clearance of landmines and unexploded ordnance from which people across the country remain at risk. Most importantly, it would protect the lives of ordinary Yemenis and open the door to longer-term peace.

We, the undersigned agencies, urge all parties to the conflict to adhere to and extend the truce agreement, build further on the gains made over the past four months, and work towards peace.

The people of Yemen deserve nothing less.

19 July 2022 |  Publications
This edition of La Chronique looks at the main issues arising from the conflict in Ukraine and highlights the fundamental role played by the civil society in times of crisis.You will find our report on our tailored humanitarian response on many levels, a focus about food security and its fragility and the importance of donations.
All publications
Follow @R_2_P_H