By continuing to use this site, you agree to the use of cookies. Cookies are used to suggest information based on your browsing patterns and to provide us with information about site usage. For more information and to manage these settings, click here
Home > News > 7 MONTHS IN THE MIDST OF THE WAR IN AFGHANISTAN

7 MONTHS IN THE MIDST OF THE WAR IN AFGHANISTAN

Antoine Golfier has just spent 7 months in Afghanistan for Première Urgence Internationale. Working in this country at war was a challenge for this 25-year-old humanitarian. This experience also opened his eyes to the reality of a country and its population. 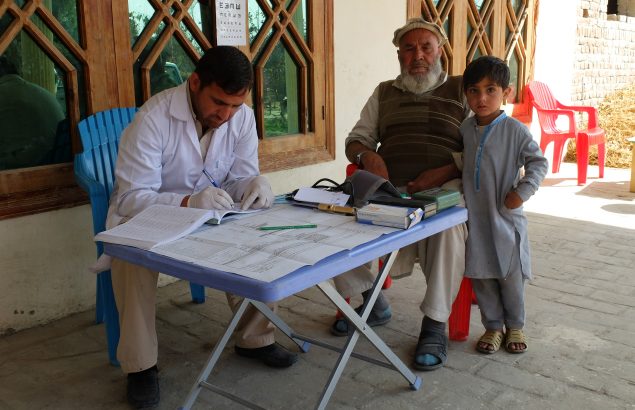 “When I arrived in Afghanistan, I mainly saw walls and barbed wire. Then little by little, I managed to get away from the idea of a country with people hidden away in their homes. Afghanistan is much more than that.” Antoine Golfier spent 7 months in Jalalabad, near the Pakistani border, an area with very great security tensions, related to the presence of many leaders of armed warring groups, and with the “interminable “war in Afghanistan.

Antoine was a logistician. He was in charge of ensuring smooth supply to projects in the Nangarhar and Kunar provinces. “We had very strict security conditions and we were not able to travel far. Despite everything, I had plenty of contact with local staff. They are very competent and committed people. They are very friendly. I had the chance to chat with them, often over a cup of tea. The Afghans have a very strong sense of culture and they are very welcoming.”

WAR IN AFGHANISTAN: THEY HAVE NOTHING LEFT

In Jalalabad, the majority of Afghans working with Première Urgence Internationale have lived in Pakistan. They fled to the neighbouring country because of the war in Afghanistan. In July 2016, Pakistan forced Afghan refugees to return to their homeland. “My Afghan colleagues told me that moving back home was often difficult. Some went back to their families but others had nothing left at all. They moved into makeshift camps in the east of the country.”

Antoine explains that most people he met had already had a death in their families or amongst their acquaintances, related to the war in Afghanistan. “I met a man who had lost his son, a year ago, following an explosion. He has just lost his second son too.”

With refugees sent home from Pakistan, violent fighting, attacks, and bombing, the war in Afghanistan is bloody. The humanitarian situation is getting worse year by year. According to the UN Office for the Coordination of Humanitarian Affairs (OCHA), more than 9 million people in the country are in need of humanitarian aid. 36% of the Afghan population have no access to primary health care such as emergency or neonatal treatment or vaccination. To respond to these urgent needs, Première Urgence Internationale, who has had a presence in the country since 1979, is implementing health care projects aimed at more than 500,000 people.

HEALTH: A PRIORITY FOR HUMANITARIANS

“In particular we are working in all the health centres in Kunar,”, explains Pierre-Manuel Mendez, Première Urgence Internationale’s Afghanistan programme manager. “In Afghanistan, the main issue is people’s access to health centres. People often live very far from these centres. On top of this, access is often limited by armed groups who control some areas such as Kunar.”

Première Urgence Internationale is implementing mobile clinic projects. These consist of doctors, nurses and pharmacists. They travel around to be close to the most vulnerable groups of people. The war in Afghanistan leads to many deaths and injuries. It also affects inhabitants’ mental health and many suffer from chronic traumas. They therefore need urgent care. Between January and June 2017, first aid points dealing with traumas reported a 28% increase in traumatic incidents compared with the previous year.

“The population’s needs are considerable. This is why I chose to be there even if living conditions were not easy,’ explains Antoine Golfier. ‘It is a challenge to work in a country at war. I have learned a lot about Afghanistan, and its culture, but also about myself and my ability to adapt in a difficult environment.”