By continuing to use this site, you agree to the use of cookies. Cookies are used to suggest information based on your browsing patterns and to provide us with information about site usage. For more information and to manage these settings, click here
Home > News > The Fifth Quito Process: no country can deal with this crisis on its own

The Fifth Quito Process: no country can deal with this crisis on its own

On November 14th  and 15th, 14 delegations from Latin American countries, international organizations and invited States met for the Fifth International Technical Meeting on Human Mobility of Venezuelan Citizens in the Region, called the Quito Process. Première Urgence Internationale, that is monitoring this crisis, followed this summit. 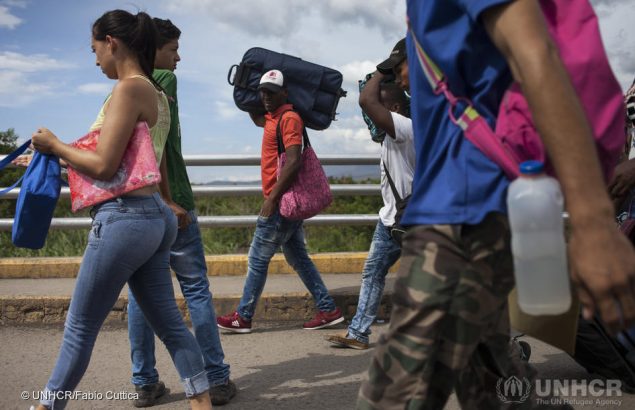 The meeting, held at the Palace of San Carlos, headquarters of the Colombian Foreign Ministry in Bogota, had the support of the Organization for Migration-IOM and the UN Agency for Refugees-UNHCR. “Its objective was to continue the joint technical work of the countries of the region, which has been advancing since September 2018 in the so-called Quito Process, in the face of the crisis caused by the growing flow of Venezuelan migrants and refugees”, explains Tinou-Paï Blanc, Emergency Officer for Première Urgence Internationale.

No country can deal with this problem on its own

During the meeting the representatives of the Governments recognized, among others, the efforts in the attention, reception and integration of Venezuelan refugees and migrants, especially those who are in a situation of vulnerability.

They also reaffirmed their commitment to harmonize and regionally coordinate the measures implemented to ensure safe, orderly and regular mobility of Venezuelans.

In this regard, Eduardo Stein, Joint Special Representative of UNHCR and IOM for refugees and migrants from Venezuela, stressed that regional coordination is essential for any substantive progress. “No country has the ability to face only existing challenges and the more collective efforts, the greater the possibility of achieving responses with positive impact,” Stein said. “Going alone weakens us, integration strengthens us.”

Launch of the 2020 Regional Refugee and Migrant Response Plan

During the meeting, UNHCR, the UN Refugee Agency and IOM, the International Organization for Migration launched a new tool. The 2020 Regional Refugee and Migrant Response Plan (RMRP) is a coordination and  fundraising tool established and implemented by 137 organizations. These are working across the region, aiming to reach almost four million people – including Venezuelan refugees and migrants and host communities – in 17 countries.

The plan includes actions in nine key sectors: health, education, food security, integration, protection, nutrition, shelter, relief items and humanitarian transport, and water, sanitation and hygiene (WASH).  In addition, the 2020 RMRP puts a strong focus on ensuring the social and economic inclusion of refugees and migrants. Last but not least, it gives a central role to the protection. 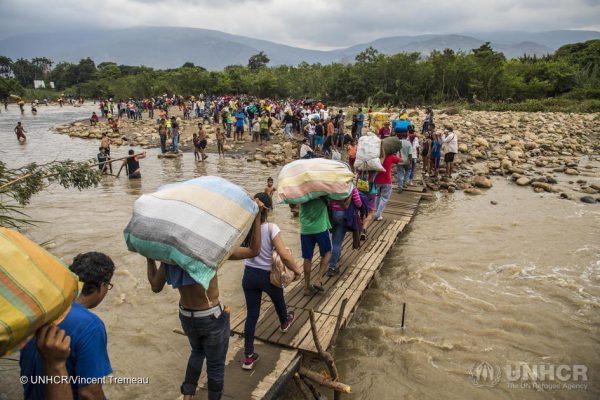 Venezuelan people cross the border to get to Colombia by a “trocha”, muddy footpaths that cut across the scrubland that covers the banks of the Tachira River, which forms the border between Venezuela and Colombia.

By December 2020, it is estimated that there will be approximately 5.5 million refugees and migrants from Venezuela in the different countries of intended destination in the region. Some 3.82 million individuals in destination, 500,000 in pendular situations and 350,000 returnees will be in need of assistance in 2020.Over 400,000 refugees and migrants in-transit will be targeted for assistance in 2020.

“In fact, the precarious conditions that refugees and migrants from Venezuela face while transiting across the region or after reaching their country of destination make them vulnerable to protection risks including gender-based violence, human trafficking, smuggling and other forms of exploitation and/ or abuse” explains the plan. The lack of access to documentation also leaves them susceptible to incidents of detention and denial of basic services such as medical care.

Colombia: the most impacted country

In 2019, Colombia continued to be the country most impacted by the arrival of refugees and migrants from Venezuela, hosting the largest portion of people. By the end of 2015, Colombia hosted less than 40,000 Venezuelans, a number that has grown more than 3,500. 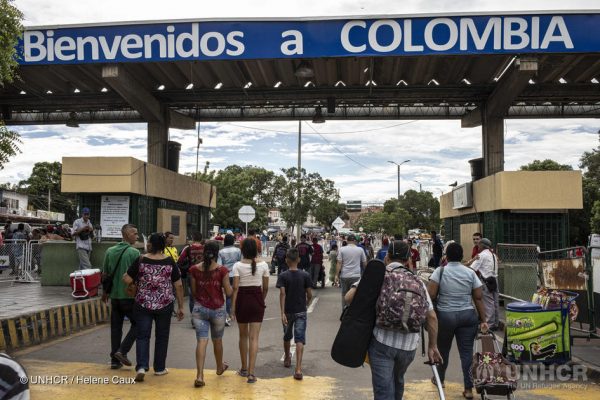 To assess the situation and prepare an intervention, Première Urgence Internationale and the NGO Solidarité International have launched, in January, a joint exploratory mission in Colombia. Mainly in the regions of Barranquilla, on the Caribbean coast, and Bucaramanga, zone of passage close to the Venezuelan border.

During the sessions, it was also decided to establish a Technical Secretariat to support the pro tempore Presidency in monitoring the Quito Process.

At the end of the meeting, the countries issued a Joint Declaration.

The next meeting of the Quito Process will be held in Santiago, Chile, in the first months of 2020.