By continuing to use this site, you agree to the use of cookies. Cookies are used to suggest information based on your browsing patterns and to provide us with information about site usage. For more information and to manage these settings, click here
Home > News > [Statement] The ceasefire is the first step, now it’s time for accountability.

[Statement] The ceasefire is the first step, now it’s time for accountability.

May 21st, 2021 – After 11 days of intensive attacks on the Gaza Strip and the firing of missiles into Israel, a ceasefire was agreed yesterday. 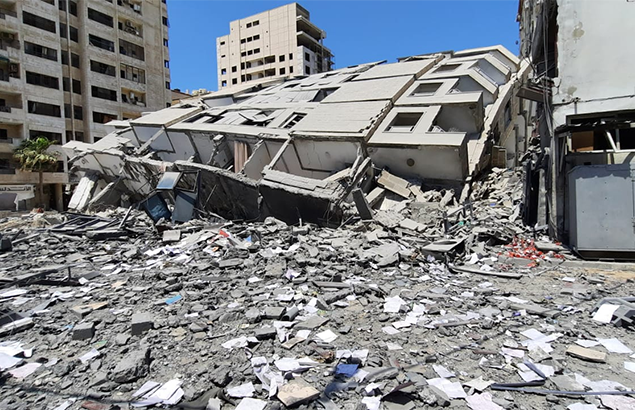 The escalation of violence since 10 May has added to the 2014, 2012 and 2008 toll, the Palestinian population is still trying to recover from.  80% of Gaza’s two million residents living under air, land and sea Israeli blockade were already in need of humanitarian aid prior to the recent targeting of the Gaza strip.

In the West Bank, including East Jerusalem, there are serious concerns over the use of force against people exercising their basic human rights, with forced -and potential new-evictions of Palestinians from their homes, restrictions of their movement, and Israeli settler violence increasing by the day, among other serious human rights concerns.

In the West Bank, daily violence by the occupying power continues to provoke clashes between civilians and the military, including the use of tear gas and live ammunition, directly exposing the occupied population and first aid services.

Between the 10th and 19th of May in the West Bank including East Jerusalem, Première Urgence Internationale has witnessed an unprecedented intensity of settler attacks towards Palestinians: an increase of 261% in  settlers’ attacks compared with the same period in 2020.

To date 244 Palestinians have died as a result of attacks by Israeli armed forces, 219 in the Gaza Strip, 25 in the West Bank. On the other side 12 Israelis were killed. Of those who have died, 69 are children!

Besides, there are so far 7,879 Palestinians injured in the Occupied Palestinian Territory, including 565 children.

Israel as the occupying power is responsible for the safety and security of the Palestinian population. Therefore Israel authorities must do its utmost to prevent violence, and when civilians, including settlers, engage in violence against Palestinian, they must be held accountable.

The electricity network was also affected, and Gazans now only have a maximum of 4 hours of electricity per day. More than 10,000 metres of water network have been damaged, creating a high risk of sewage contamination and extremely limited access to drinking water for the population.

75,000 people have fled their homes to protect themselves from the attacks, 47,000 of whom have been accommodated in UNRWA schools.

The Israeli bombardment of the Gaza Strip, by land, air and sea is especially concerning. Reports indicate high-frequency attacks; government and civilian buildings bombed, some without warning, generating mass panic and chaos and, psychosocial trauma that will continue long after the fighting stops.

All parties must comply and adhere to their obligations under international humanitarian law. The international community must continue its action to ensure a lasting cease-fire. It must also put an end to the underlying human rights violations and systemic policies of oppression and discrimination which gave rise to it, including the Israeli occupation itself.