By continuing to use this site, you agree to the use of cookies. Cookies are used to suggest information based on your browsing patterns and to provide us with information about site usage. For more information and to manage these settings, click here
Home > News > SOCIAL COHESION: OPENING A COMMUNITY CENTRE IN THE KOKORO 5 NEIGHBOURHOOD OF BANGUI

SOCIAL COHESION: OPENING A COMMUNITY CENTRE IN THE KOKORO 5 NEIGHBOURHOOD OF BANGUI

Première Urgence Internationale has been helping to set up a community centre in the Kokoro 5 neighbourhood of the 3rd district of Bangui to strengthen social cohesion. 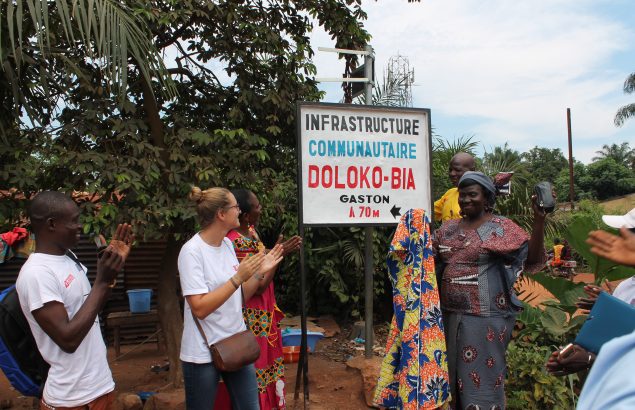 Supported by local authorities, the neighbourhood’s leader says that this project is a chance to ‘revitalise the neighbourhood and bring about peaceful cohabitation between communities’. Opened just a few days ago, this community centre will be managed by the community. Its aim will be to strengthen social cohesion. Awareness sessions led by humanitarian organisations working in the areas will take place in the centre.

This community centre project is one of the elements of the urban development programme that Première Urgence Internationale is currently implementing in Bangui’s 3rd district. Setting up this community centre is actually part of a wider access to housing project. Its aim is to encourage displaced people in the neighbourhoods of Bangui to return home. This project also has a component consisting of the reconstruction of homes destroyed during confrontations. The plan includes the involvement of the people who will benefit. More than 250 shelters should be rebuilt in 6 months. 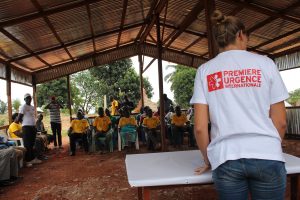 Everyone living in the Kokoro 5 neighbourhood will be affected by this project. 1,250 will directly benefit from the construction of new housing able to accommodate them. In order to strengthen social cohesion, this project responds both to the host population’s needs as well as the needs of people returning home. It is making cohesion between all groups possible.

So, thanks to these three projects,

In total, just over 17,000 people will benefit from all of this.

This project is being carried out with the support of the Humanitarian Fund, with the American agency OFDA and with the French government’s Crisis Centre