By continuing to use this site, you agree to the use of cookies. Cookies are used to suggest information based on your browsing patterns and to provide us with information about site usage. For more information and to manage these settings, click here
Home > News > LEBANON’S STRUGGLING HEALTH SYSTEM

Healthcare in Lebanon is expensive and inaccessible to a large proportion of the population. Première Urgence Internationale works in health centres around the country to provide healthcare to both the host population and the Syrian refugees in Lebanon. 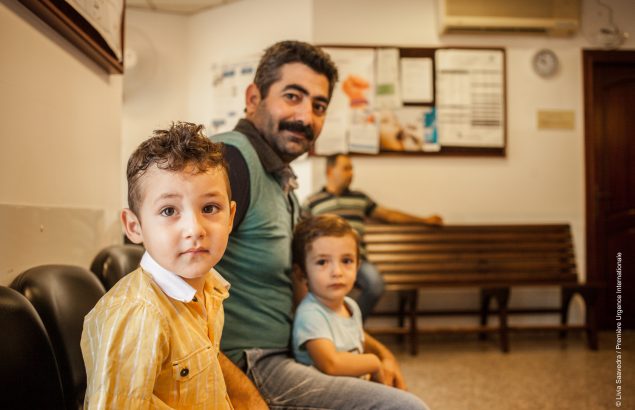 HEALTHCARE IN LEBANON – FAR TOO EXPENSIVE FOR THE POPULATION

The average cost for a doctor’s appointment is 8,000 to 16,000 Lebanese pounds, or around €4 to €9 – a significant amount for many Lebanese people. Samia, a mother who is waiting in the corridors of the health centre with her two children, says: “It’s very difficult to find the money despite the fact that my husband. And I make a priority of getting medical care for our son, who needs regular treatment.” Indeed Healthcare in Lebanon is expensive.

As the country suffers from an extremely privatised healthcare system, people must pay for medical consultations. These are much too expensive for the majority of residents. Many Lebanese people do not have health insurance, which is also expensive. Rasha Al Askar, health project manager for Première Urgence Internationale in the south of Lebanon, says: “This lack of resources has a major impact on Lebanese people’s health. For example, some people with illnesses go to buy medication directly from the pharmacist without consulting a doctor. So they avoid paying for an appointment.”

Première Urgence Internationale is developing a project to support health centres. The objective: to assist the most vulnerable populations and those who are in need. So, the teams offer consultations for free or at a third of the standard rate for healthcare provided by specialists or for radiology examinations. They also train staff at the health centres. 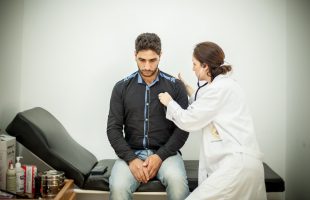 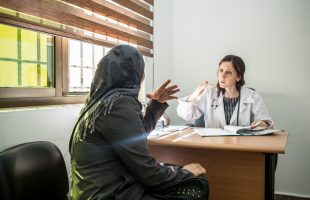 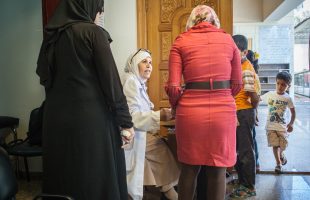 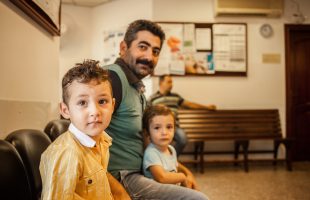 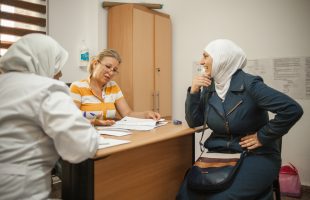 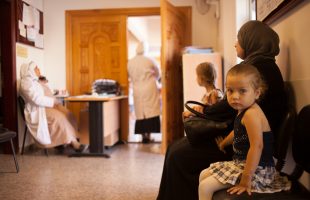 THE QUALITY OF HEALTHCARE IN LEBANON MUST BE IMPROVED

Première Urgence Internationale organises round tables and training sessions for future training staff in health centres. The aim is to improve the quality of healthcare provided within the centre. “Sometimes, the people we recruit, such as assistants, lack training. We’ve decided to improve the level of healthcare provided,” explains Rasha. Another challenge that staff must face is the arrival of Syrian refugees and the tension that their presence can generate among Lebanese people.

AN INFLUX OF SYRIAN REFUGEES – A POSITIVE IMPACT

According to the UN, Lebanon has welcomed more than a million Syrian refugees, who now account for one in four of the country’s population. This situation has created tension among the Lebanese population, which already suffers from unstable infrastructure and fragile institutions. In the health centres in which Première Urgence Internationale works, Syrian refugees are welcome. This is not always looked on favourably by other patients. Rasha says that “some Lebanese people don’t want to go to health centres that also accept Syrians. We don’t want the host population to desert these centres as the healthcare they provide is intended both for refugees and for the region’s residents. We encourage all vulnerable populations to come to these health centres.”

However, although health facilities are full to bursting following the influx of Syrian refugees, the impact on Lebanon’s healthcare has not necessarily been negative. In fact, in September 2016, the UNHCR observed that healthcare had even improved in the wake of this mass arrival. Support from international organisations has brought significant improvements to the quality of healthcare services in the country.